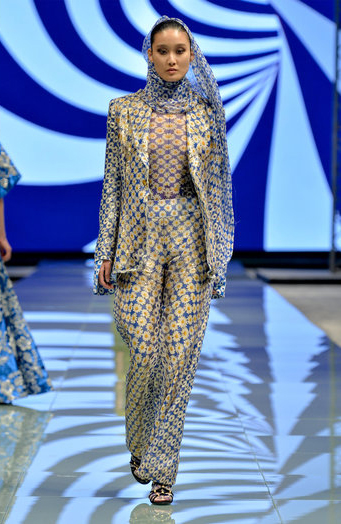 JPG mania is here to stay

Last week, Jean Paul Gaultier left us puzzled with an IG post announcing “The end.” with no further details. A fear of losing the maison forever arose among fashion enthusiasts given that fashion’s ‘enfant terrible’ announced his retirement after a 50th-anniversary haute couture show at Paris Fashion Week in January 2020.

But need not to worry, the iconic brand isn’t going anywhere. Better yet, it is making its Ready-to-Wear comeback after six years of absence.

In case you missed it, here are five major highlights from the one-of-a-kind comeback.

New face of the collab Marvin M’Toumo
With a new mission to give exposure to the young generation of rising designers, Gaultier tapped Marvin M’Toumo, a Guadeloupe-raised designer and winner of the Chloé prize at the 35th edition of the International Festival of Fashion Hyères, who hasn’t even launched his brand yet. Young labels Alan Crocetti, Nicola Lecourt Mansion, Ottolinger and Palomo Spain completed the list.

The new collective era of JPG
The brand shared the hashtag #FutureisCollective stating that its new era will celebrate the diversity of the communities that have inspired Gaultier since its inception. This might not be the only collaboration of this kind in store.

The vintage pieces curated by JPG studio
Pieces from past RTW collections are making a comeback. A sleeveless tank top and wrap set from SS02, a mariniere knit sweater from SS04 and a ring knot of gold and silver chains from SS06 are among the selection.