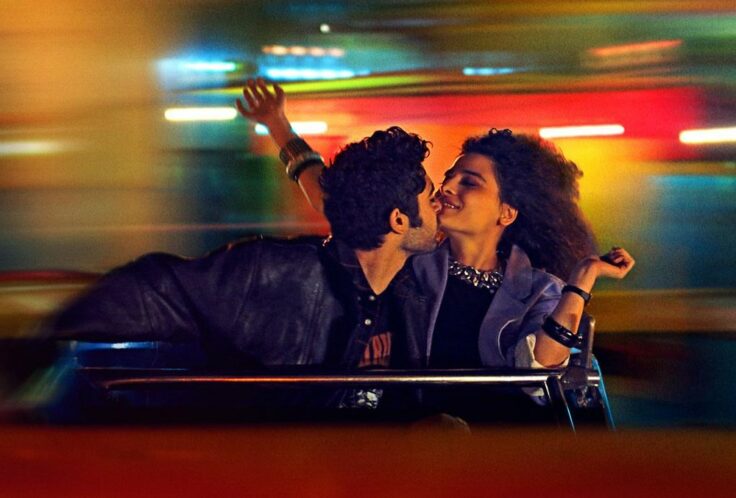 From Morocco all the way to Iraq

December is right around the corner, and so is Saudi Arabia’s much expected Red Sea International Film Festival. Scheduled to run from the 6-15, the kingdom’s port city of Jeddah will be hosting a planetary-scale celebration of some of the region’s, and the world’s, upcoming films and short-movies. And we’re excited.

With a little over a month left before the inaugural edition kicks off, the organisers have just teased the participation of eight movies that are scheduled to be screened as part of the festival’s “Arab Spectacular” category – a curated section dedicated to the Arab World’s most exciting new releases.

Palestine is invited to be on the nascent festival’s red carpet as acclaimed filmmaker Rashid Masharawi flicks through pictures and exclusive footage from the city of Jaffa from the early 1930’s to the Nakba in 1948 in a strong reminiscent movie that trails the city his father lived in before being forced to emigrate after the illegal establishment of the Jewish state.

Initially selected as Algeria’s 2020 entry for the Best International Feature Film at the 93rd Academy Awards but withdrawn as a result of the, back then ongoing, coronavirus pandemic, the movie is here given a second blow and we’re very glad. May 8, 1945, is the day when the Allied coalition of powers triumphed over the Axis, however, this celebration was only short lived in Algeria as, French dominions at the time, colonial troops committed a massacre too few of us know of and that Djaffar Gacem is willing to shine a light on.

Their Heads Are Green and Their Hands are Blue

Working hand in hand with Moroccan producer Karim Debbagh, the duo follows Paul Bowles expedition in the Moorish Kingdom in the late 1950s through his different musical endeavours and different exploration of traditional tribal music.

Listed earlier this year for the prized Palme D’or at Cannes, Moroccan Nabil Ayouch put forward a fictional documentary that celebrates the youth of Casablanca and their journey through life via hip-hop and rap.

Shawkat Amin Korki’s fourth feature, ‘The Exam’, recounts the story of Rojan and Shilan, two sisters living in Iraqi Kurdistan on their pursuit to keep control over their lives and embrace feedom in every sense of the word.

Take Me to the Cinema

This intergenerational short documentary depicts two characters, Nsaif and Al Baqer, who “devise a plan to liberate both of their dreams through the reenactment of the final scene in Papillon (1973) when Steve McQueen shouts, “Hey you bastards, I’m still here” as he escapes from the notorious Devil’s Island prison into freedom.”

‘Memory Box’ is a coproduced feature spotlighting three women in exile on Christmas eve that gives the audience snapshots of Lebanese history in a coming-of-age feature.

Marking his directorial debut through this feature, Dhafer L’Abidine describes an unusual father and son relationship through its ups and downs.