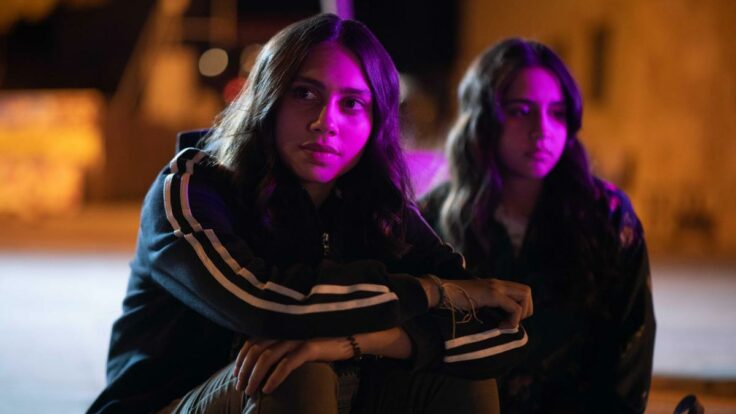 The Real Problem With Netflix’s Jinn

Not all Arab stories are moral.

You don’t have to leave the Arab world to find teenagers smoking, drinking alcohol and hooking up. It’s a global reality, even in the most conservative of nations.

Let us not pretend, whether it’s via media portrayals or everyday life, that Netflix’s first Arabic original, Jinn, isn’t a reflection of our society—albeit one that’s comes with privileges exclusive to the region’s elite bubbles, but a reality nonetheless.

Prior to last week’s debut, the five-episode thriller was met with open arms. It was billed as a turning point in Arab media, hailed for its intriguing plot and its all-Arab cast of up-and-coming talent. But to some people the series was deemed “immoral”.

The series has been met with controversy in Jordan and beyond, with actor Salma Malhas at the center of the outcry (over two scenes in which she kisses two boys). Others cited the language as a problem, describing it as vulgar.

Saudi Arabian authorities have already taken down promotional posters due to the public’s reactions. As for Jordan, matters were taken to the government with the Amman prosecutor’s office launching an official investigation to be conducted by its Cyber Crime Unit.

But by global standards, Jinn is tame. Yet even I found myself, an avid watcher of all-things television with no sense of censorship, shocked at the sight of Mira (played by Milhis) casually kissing her boyfriend. I found myself christening her character and the show with the label “feminist” after seeing her stand up for herself when met with misogynistic comments from her possessive boyfriend, two acts I’d otherwise normalised through my penchant for primarily watching Western television.

Jinn is different though. It’s a story of Arabs living in an Arab society that I wasn’t accustomed to casually seeing on TV. Yes, Mira and her schoolmates were carted off to their elite private school in fancy cars, and had parents who allowed them to throw parties in their homes, and hop on a school bus to an overnight desert trip with schoolboys. That’s a reality, that I, and anyone who doesn’t belong to the region’s bourgeois bubbles might not be able to relate to.

But outside of its paranormal dimensions, Jinn is an Arab story. And not all Arab stories are moral. Especially not if we’re defining morality through the exchange of kisses between teenagers and cursing.

Arguably the show’s biggest mistake is putting the focus on private school kids, missing their chance to capture the nuances that come with growing up with conservative parents that abide by Muslim moralistic guidelines. With the liberalism of the elitist classes associated with their Western education and alliances, Jinn is only left to be seen as an illusory tale not related to Arabism, with its perceived immorality a mere sign of Westernization, rather than a show that holds up a mirror against an inarguably Arab society.