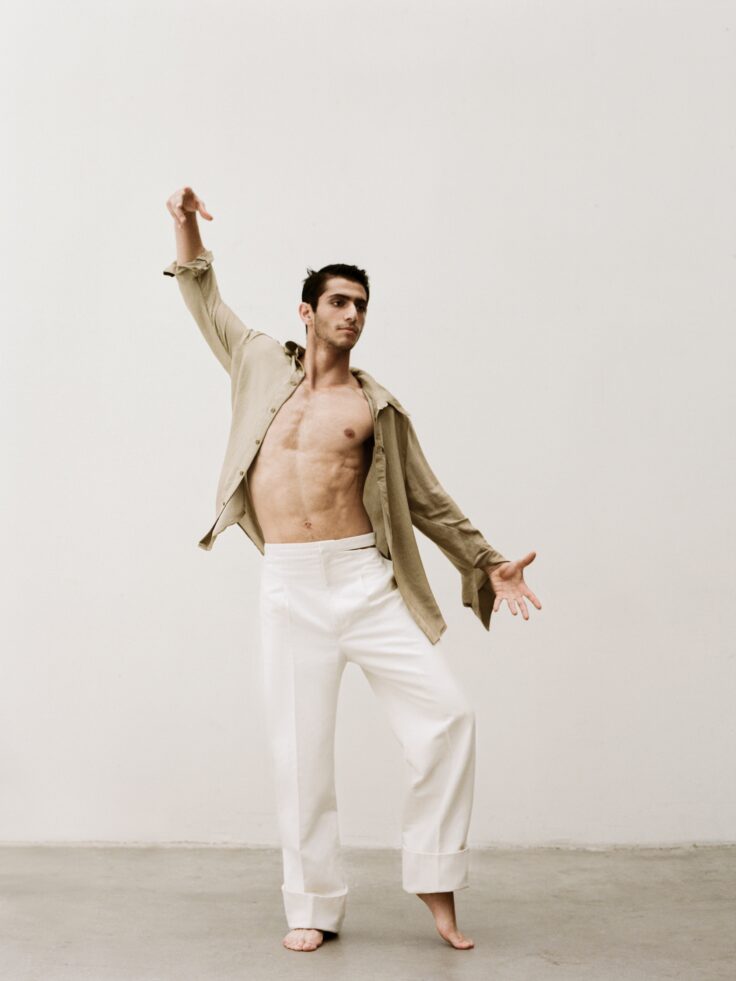 “I didn’t realise it when I was younger but I don’t always find it easy to express myself and open up.” says 23-year-old Ahmad Kontar, a Syrian dancer, who became a model after moving to Paris four years ago. “It’s hard for me to show my emotions and dancing allows me to channel the energy I keep inside.”

Born and raised in Soueida, a city just outside of Damascus, Kontar always had a keen interest in sports, dabbling in gymnastics, tennis and then basketball (which he still practices) as a child and found his footing in contemporary dance as a teenager. “My dad’s friend had just opened a studio so I went with eight of my friends to check it out and I saw the teacher doing the craziest breakdance moves. I had never seen something like that in my life”, he recalls referring to the precise moment he decided dancing was actually what he wanted to do for a living. 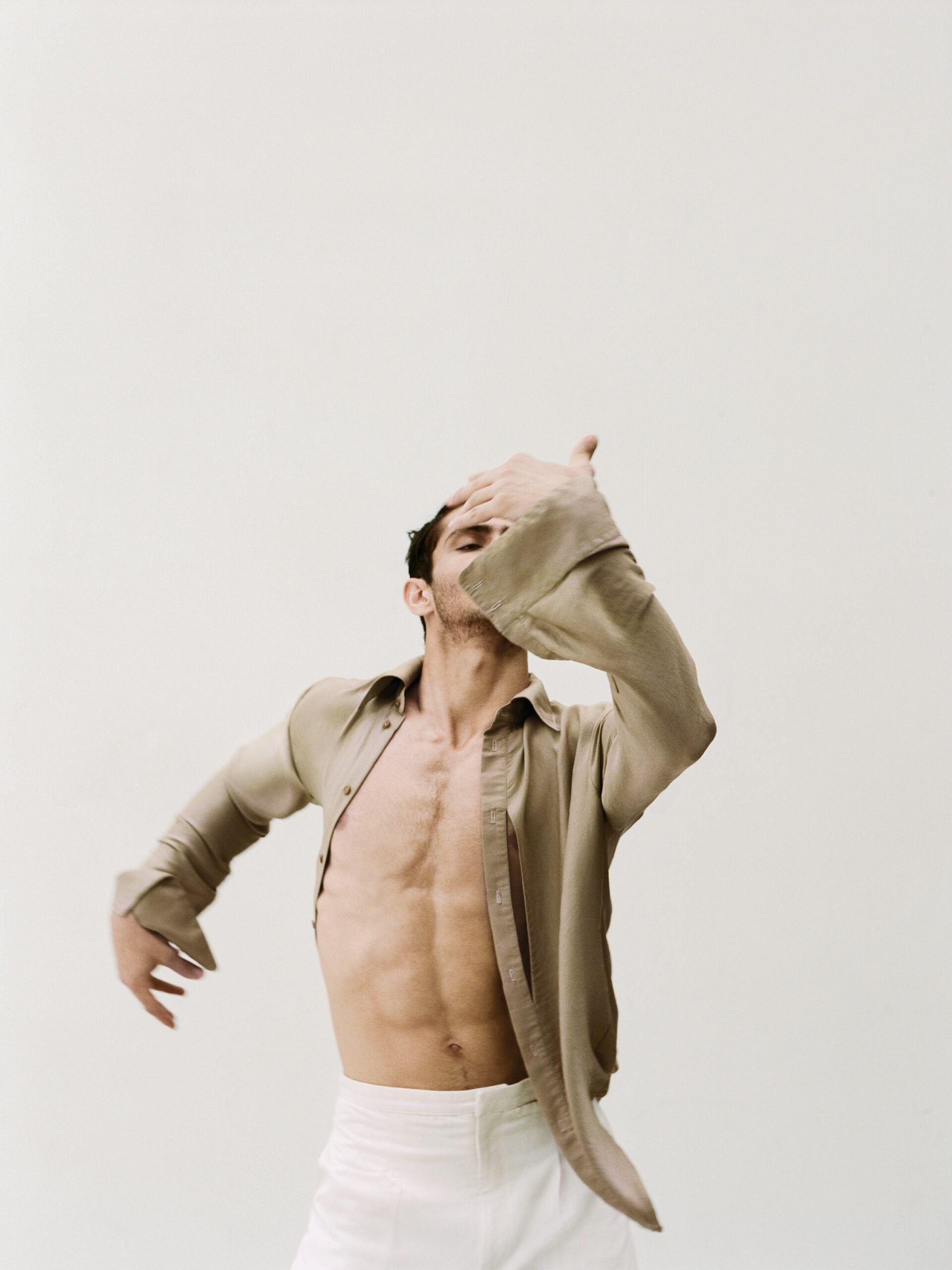 At the time, war had just started in his home country and as he abruptly puts it, “everything had fallen apart in my life”. Looking back to his happy childhood, Kontar passionately cherishes his family memories, characterised by strong and united ties. So when the conflict brought moments of intense difficulty, dance became a tool for escapism through which he found power to alleviate his pain: “I was a teenager, so on top of it all, I was constantly angry and revolted”.

Even when Kontar fled Syria in 2015 and moved to Paris, dancing is the medium that allowed him to heal. “My dad always told me that if you have a talent but don’t show it, it’s just like if you don’t have it”, he says, before adding, “so the very first thing I did when I got there was dance”. Brought to the 104, a creative centre on the outskirts of Paris that serves as a hub for underground artists, Kontar was able to build sincere relationships within the community. “Sharing a passion is what brings you close to people”, he attests.

Kontar has gone a long way since moving to Paris. Now signed to Elite models after having been scouted on the streets by an agent, he confesses that his first few castings were “very awkward”, but now he’s on an unstoppable trajectory having appeared in campaigns and walked in shows for GmbH, Jacquemus, Alyx and Hermès to name just a few. “I’m very grateful for this opportunity, I feel at home where I am now”.