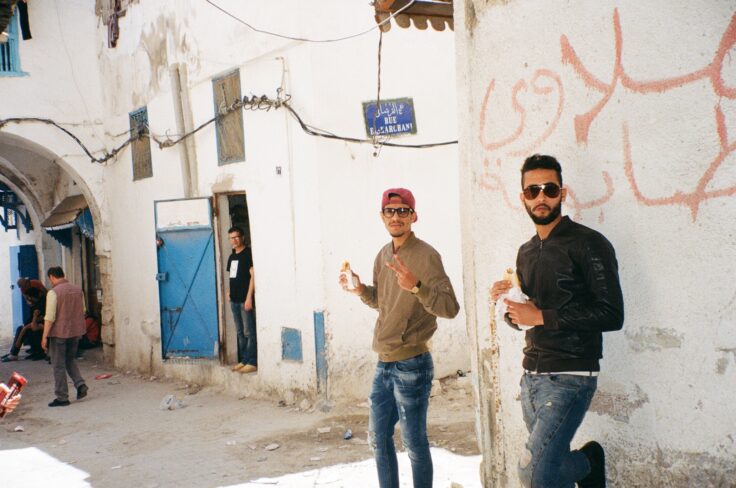 We Asked Young Muslims Why They’re Not Fasting

“I’m against being forced to do it”

The Holy month of Ramadan, a time when Muslims across the world fast from dusk until dawn, exercise self-control and show deeper spirituality, started on May 5. And because Ramadan is the most important month in the Islamic calendar, choosing to not participate can sometimes lead to shaming and exclusion.

Although the concept of religion is in decline amongst young people in Europe (a study showed that the proportion of religious ‘nones’ reaches 91 per cent), Islam is still the fastest-growing faith in the world; and a rising number of young Muslims are actually embracing their faith even more than previous generations.

But both in the region and in the West, there are Muslims who still decide not to fast; whether it’s for practical reasons, because they consider themselves “casual” Muslims, or simply because they don’t care and are abiding by their own rules.

We asked six young Muslims why they won’t commit to abstinence.

Raya, 29, Emirati
“I stopped practicing when I was around 13. My parents didn’t know. I didn’t tell them that I didn’t want to take part in the all the religious rituals properly until the age of 16. I would be a hypocrite to fast. I feel no guilt whatsoever. I first started having doubts when I was a child but now I stopped caring, even though my dad and step mom call me Kafir (miscreant) and stuff like that.”

Ryme, 24, Tunisian
“I don’t do it because I live in France, and to me it doesn’t make sense to fast here. I wouldn’t imagine myself fasting, while everyone around me is eating. I don’t think I’m capable of doing it even. You have to fast more than 15 hours here and I work. If I managed to do it, I’d probably be proud but also feel hypocritical. I find it a bit funny to drink and engage in sinful activities all year long, and somehow forget everything during one month. That’s actually why I decided to quit smoking. I’m studying medicine, and was telling patients to stop, while I was smoking myself. I need my lifestyle to feel coherent.”

Ali, 24, Banghladeshi
“For me, Ramadan can’t be about picking what’s right for you and leaving the rest. As I don’t pray five times a day, and don’t read the Quran and engage in spiritual connections with God, I don’t think I should fast. It’s all or nothing. Maybe when I’ll start doing these things, I will”.

Anis, 25, Algerian
“I don’t fast because I’m currently away from my family and to me, Ramadan is about connecting with your family, your homeland and a sense of community. So if I’m not able to do that, what’s the point of fasting? I consider Ramadan more cultural than religious anyway, so I don’t really feel guilty, but actually nostalgic and sad that I’m missing out on the gatherings and feasts.”

Malda, 30, Syrian
“My thoughts are that it’s not cool to fast during Ramadan if you forget the other principles the rest of the months. You might as well spare yourself the trouble. Also, I find fasting during the hotter months in a fast-paced city to be more stressful and harmful than helpful to the body and mind. If I were to fast, which I may do this year, I’ll do it on a Friday and meditate for example.”

Youcef, 23, Lebanese
“I’m not against the idea of fasting, on the contrary, I’m quite into its benefits on the body, but I’m against being forced to do it. My society is so schizophrenic, you’re judged if you do it and you’re judged if you don’t. I don’t want to do it just to fit in to other people’s standards. I’d rather do it selectively, when I feel like it.”

If you’re choosing not to fast, why not donate muslimglobalrelief.org