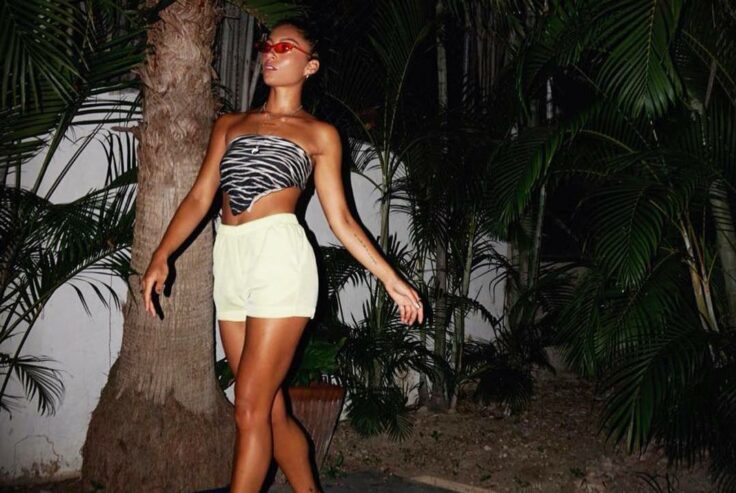 From DJing for Pharrell to underground raves in Mexico City

With crossovers between art forms more visible than ever in the creative industries, music and visual art are becoming increasingly reconciled as a singular artistic identity. The can be seen in the chameleon career of British-Iranian Yasmin Zarine Shahmir (better known as simply ‘Yasmin’), the DJ/visual artist breaking through the experimental music scene.

Despite being in her mid-20s, Yasmin signed to record label Levels Entertainment (an imprint of Ministry of Sound) nearly a decade ago. Her breakout musical moment began with singing, with her first breakbeat dubstep single ‘On My Own’ having been released in early 2011.

But her passion was always on the decks, in her late teens she was already DJing private parties in London, supporting the likes of Eve, Dizzee Rascal, will.i.am and Pharrell Williams, and later Ed Sheeran.

At this point – the Wikipedia entry stops, Yasmin steps away from the mainstream music scene, and the Yasmin we know today was born. Fresh from playing clubs around Mexico City, Yasmin’s versatility is shown in her ability to comfortably experiment with the international scene.

As a co-founder of trippin.world (a new gen travel platform that links you with what’s happening, hot and underground on the international music scene) going global is a natural fit for the Iranian DJ.

In a recent interview for Wonderland, Yasmin and her team declared that “Trippin is all about providing a refreshing and authentic voice for today’s traveller. Those that strive for authenticity and diversity in their quest to avoid being a tourist. The ones that are interested in getting beneath the surface of a destination and understanding the creative pillars that make it unique.”

As proven by Yasmin’s far-reaching musical endeavours, platforms like trippin.world encourage us to look further than the local. In our age of globalisation we may find those artistically closest to us overseas, or even nestled within a completely diverse culture to our own.