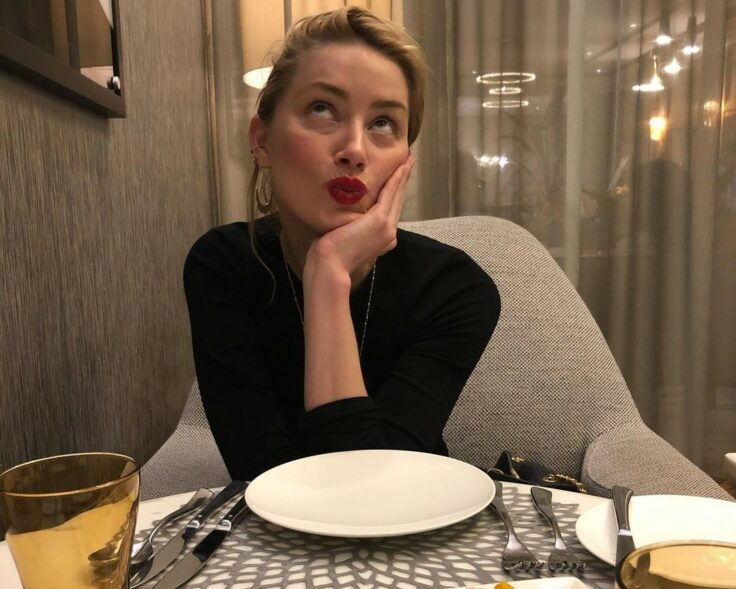 Some aren’t wasting any time at all

Amber Heard, who just came out of two intense months of trial with ex-husband and Hollywood star Johnny Depp, is making headlines, again. Following the negative outcome of the highly-publicized defamation hearing, the 36-year-old “Aquaman” actress has received an interesting message that might, or not, make up for the past few months of strain and stress.

The six-week trial, which awarded Depp with $50 million, has, upon its denouement, taken an unexpected turn. Days after losing the defamation hearing, Heard received a marriage proposal from a man from Saudi Arabia on her official Instagram account.

The man sent a voice note to the actress on the photo-sharing platform, promising to fill her life with joy and enjoyment as, according to him, people don’t recognize her real value and beauty.

The voice note was shared in a now-viral screen recording that has been shared across social media.

In the screen recording, we hear the unidentified man proposing to the actress, claiming to be a better man than “the old man” Johnny Depp. He also professes how badly he wants to take care of her amidst the harsh comments she has been receiving since the court case came to a close.

“My Amber all doors are closing on you,” said the man in Arabic. “I’ve noticed that some people hate you now and are bullying you, therefore, I decided to marry you to shield you. May Allah bless us both. You are a blessing, but people don’t appreciate that. I am better than the man you used to know,” he continues.

Coming only days after judges put a final stop to the infamous trial, this update is one that no one really anticipated but that is definitely giving an unforeseen sense to the whole situation.

Turns out, that was not the only strange DM Heard has received in the days that followed the trial. Syrian comedian Mohanad AlHattab also tried his luck with the actress via a hilarious voice note that ironized over the Saudi man’s viral online proposal. In the message, shared with his 599,000 Instagram followers, the prankster can be heard inviting the Hollywood star to a party to mourn, or rather, celebrate her break up with the former “Pirates of the Caribbean” actor.