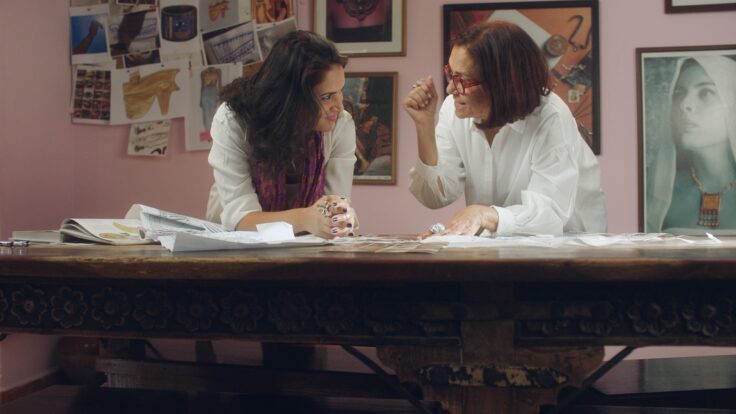 Pushing the boundaries of design

Is fashion in its Egypt era? Just earlier this month, designer Kim Jones took his pre-fall 2023 collection for Dior Men to one of the seven wonders of the world—The Great Pyramids—in Giza, Cairo, which saw stars, brand ambassadors, and close friends of the House fly from all parts of the world to witness the spectacle. Jones followed in the footsteps of Balmain creative director Olivier Rousteing, who less than a month earlier drew inspiration from ancient Egypt for the brand’s resort 2023 collection. For the offering, Rousteing decided to join forces with renowned Egyptian jewelry designer Azza Fahmy.

The collaboration resulted in a striking, gold-plated bustier sculpted in the shape of the Eye of Horus that will be part of Balmain’s pre-spring 2023 collection. Drawing inspiration from ancient Egypt, the sculptural design is “a wonderful tribute to our ancestors,” as Amina Ghali, the daughter of Fahmy and the brand’s Head of Design, stated in a release.

The piece of wearable art, which conjures the golden Ptolemaic plaques found among the treasures of Tutankhamun, features two hand-pierced wings outstretched across both sides, evoking the protective wings of the goddess Nekhbet in addition to six Shen rings, each symbolizing eternity and protection. A chain with a scarab adorns the back of the piece, representing creation, renewal, and rebirth, a reoccurring theme in Balmain’s most recent offerings, such as the brand’s spring 2023 ready-to-wear collection, which included a design created in collaboration with Egyptian handbag label Okhtein.

Since launching her empowering, female-driven brand over 50-years-ago, Fahmy has constantly looked towards her heritage, finding inspiration in her roots, to showcase her rich culture. She’s a firm believer in the importance of preserving and evolving techniques that were used years ago, making sure that each of her handcrafted designs are an accurate sartorial representation of ancient Egypt. Fahmy, whose creations have been worn by the likes of Rihanna, Julia Roberts, Naomi Watts, and Vanessa Hudgens, among others, is today one of the most recognized jewelry designers from the Arab World, and her recent collaboration with international luxury house Balmain is further confirmation, if we needed any. 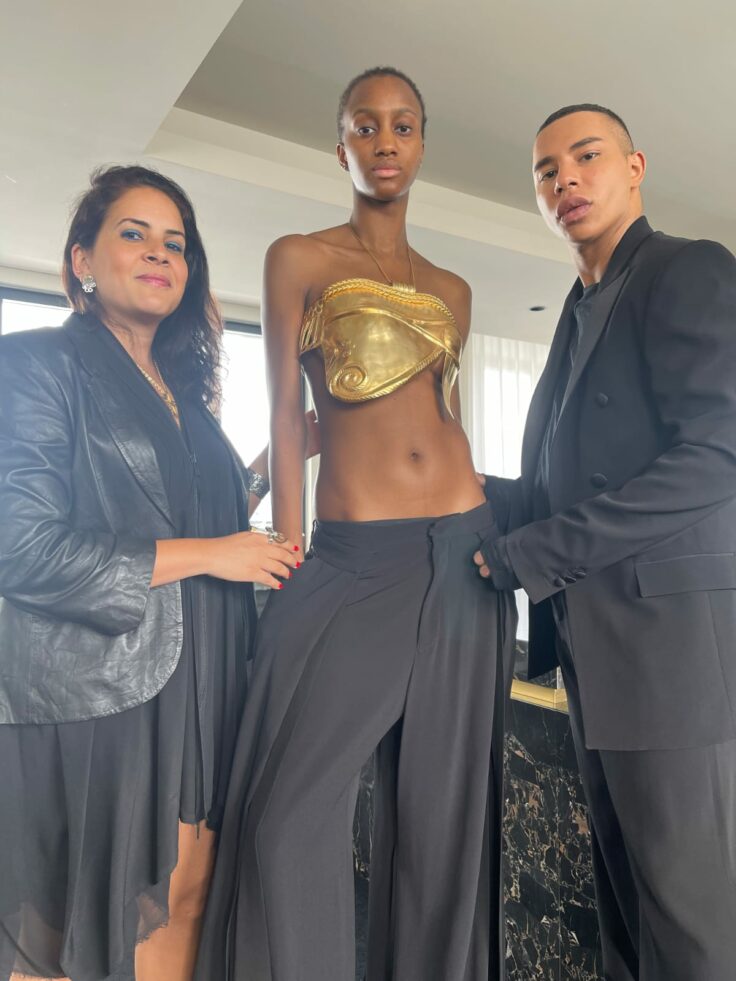 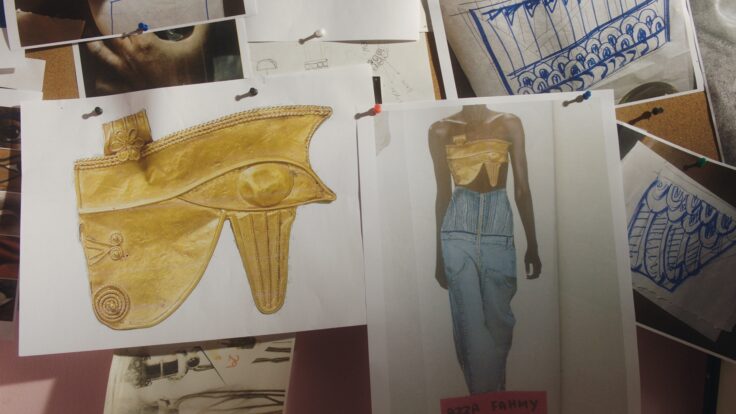 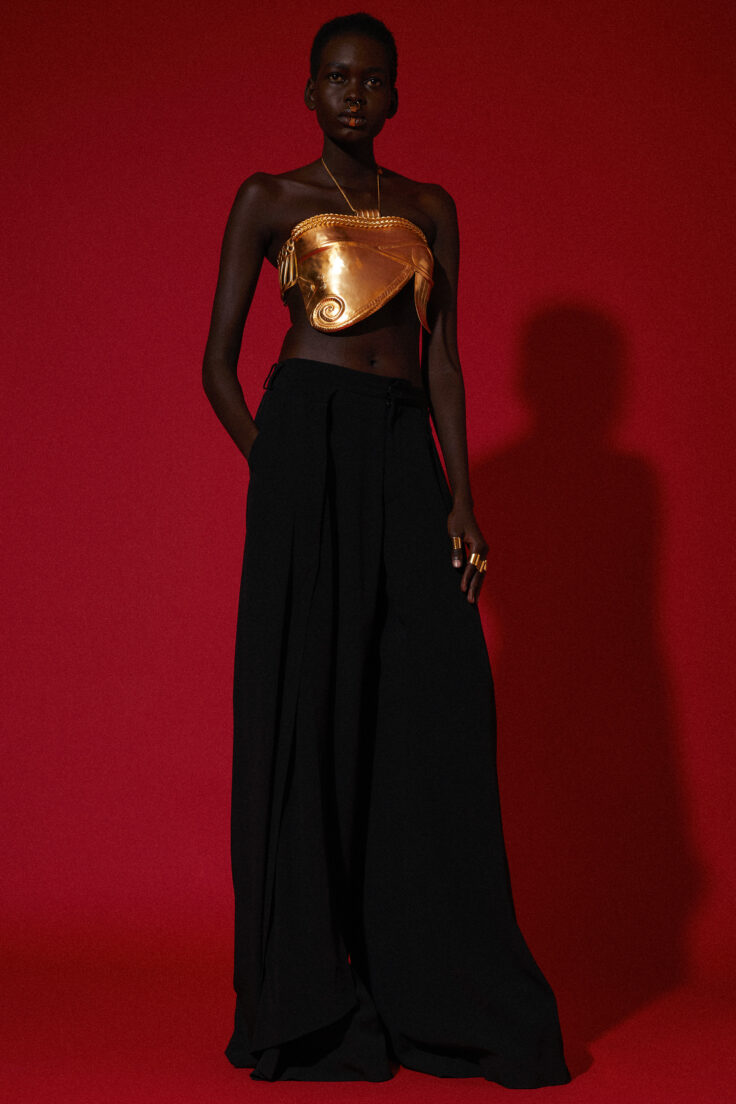 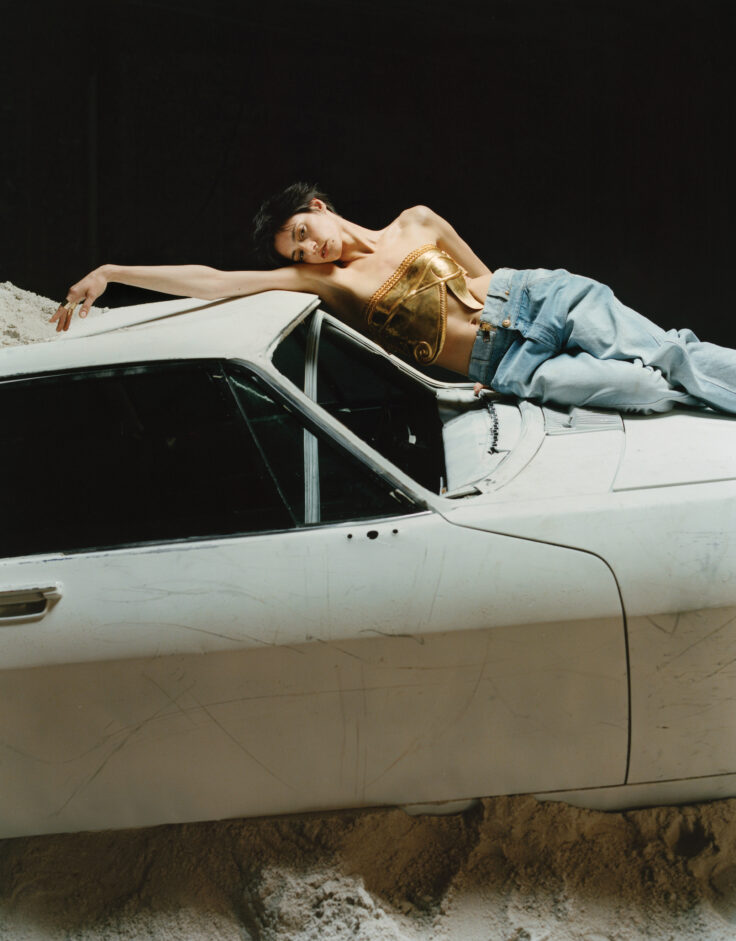 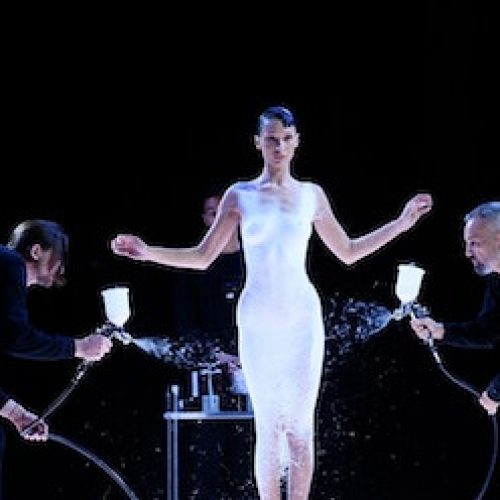