Featuring an all star cast of regional actors and musicians

Movies have the power to change the way we look at life. And when adapted into musicals, they’re even more powerful. The Band’s Visit, a musical adapted from the 2007 Israeli movie of the same name, is the critically acclaimed Broadway musical winning everyone’s heart. Having won 10 Tony Awards out of 11 last June (including best musical) The Band’s Visit, celebrates human connection by paying tribute to the common – but often forgotten – heritage of Arab and Jewish identity. 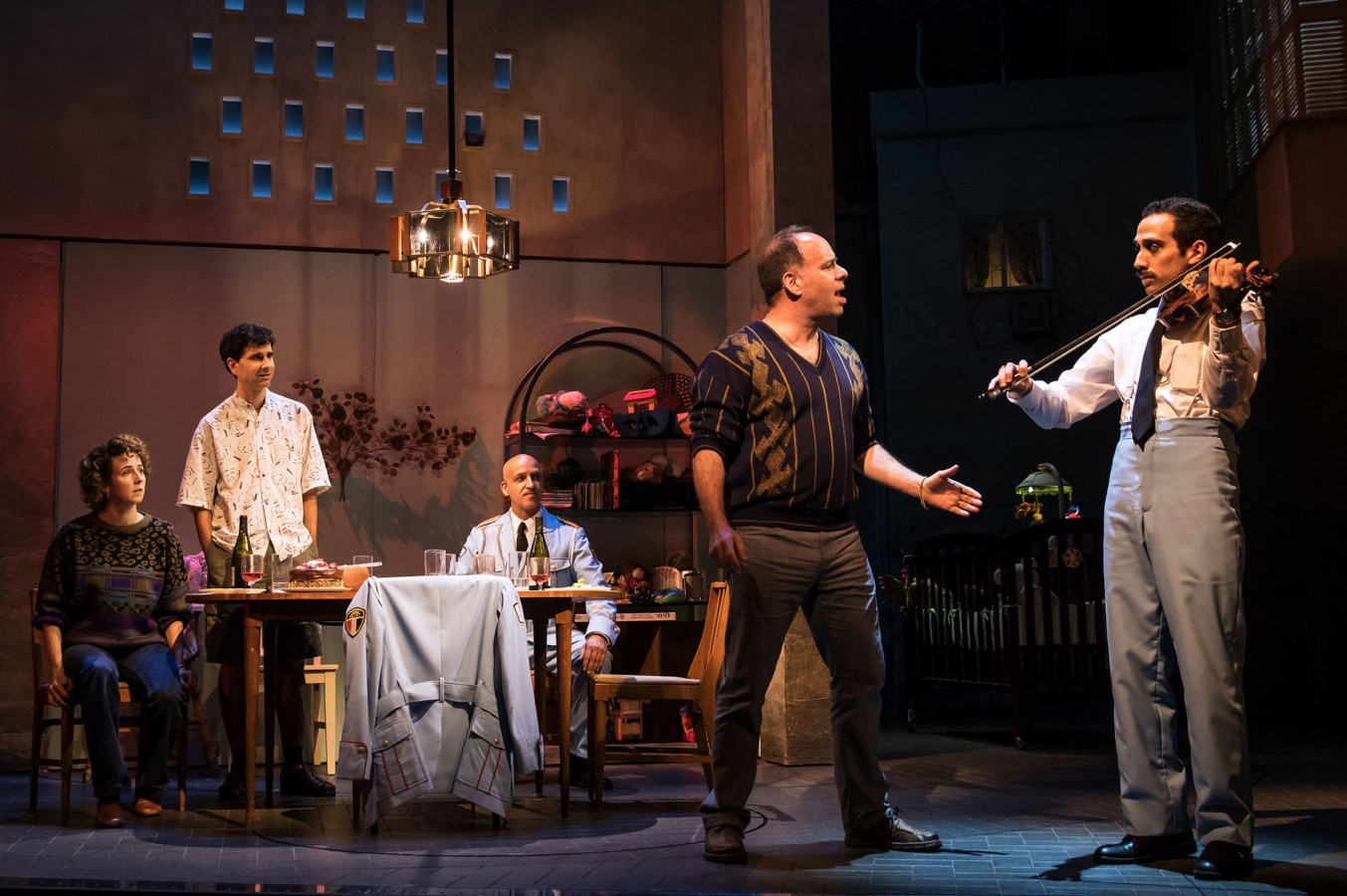 The musical tells the story of a group of Egyptian police that are stuck in a remote village in the middle of the Israeli desert after a mix-up at the border. Ending up spending the night with locals, the Egyptians joyfully disturb the monotonous evening of the residents of Bet Hatikva. Directed by David Cromer, who was instantly inspired by the film after watching it, The Band’s Visit follows Egyptians and Israelis blissfully connecting through music.

All of the people working on the project, whether on stage or behind the scenes, collectively have an intimate relationship with the Middle East. David Yazbek, the composer – famed for his acclaimed work for numerous musicals such as Dirty Rotten Scoundrels and Women on the Verge of a Nervous Breakdown – is a New Yorker from Lebanese descent. When composing the music, he dug into his childhood memories in Lebanon, listening to Oum Kalthoum on the radio to find inspiration, jamming with his darbouka. 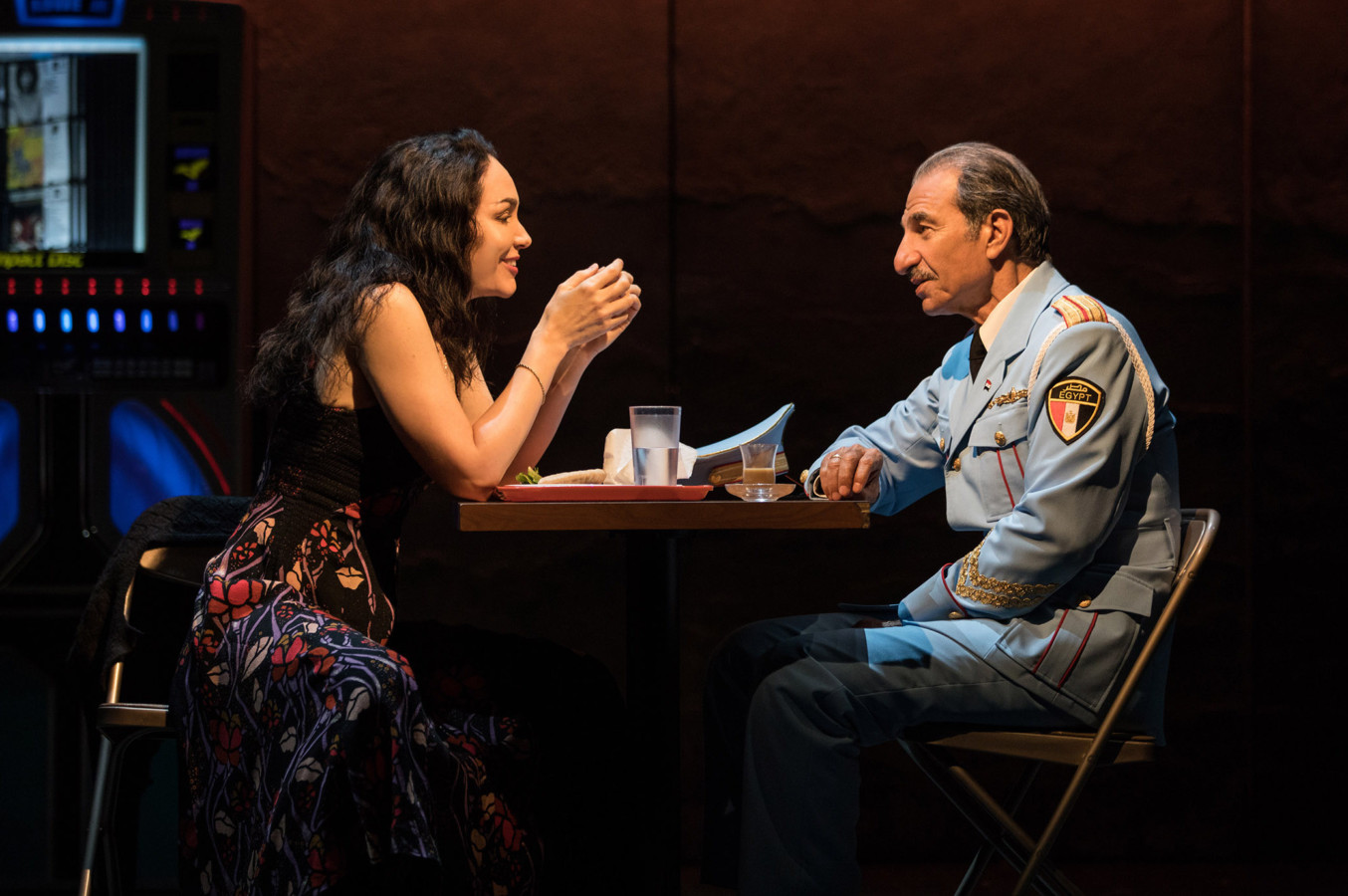 Also for the band members, the experience was fundamentally rewarding. Ossama Farouk is an Egyptian actor, who actually comes from the region where the story is set, while Sasson Gabai and Ari’el Stachel (who won the Tony award for best featured actor) are both Israelis, but respectively originally from Iraq and Yemen.“For so many years of my life I pretended I was not a Middle Eastern person”, said Satchel during his Tony award acceptance speech, referring to how playing in The Band’s Visit has helped him embrace his roots. “I am part of a cast of actors who never believed that they’d be able to portray their own races and we are doing that”, he added. 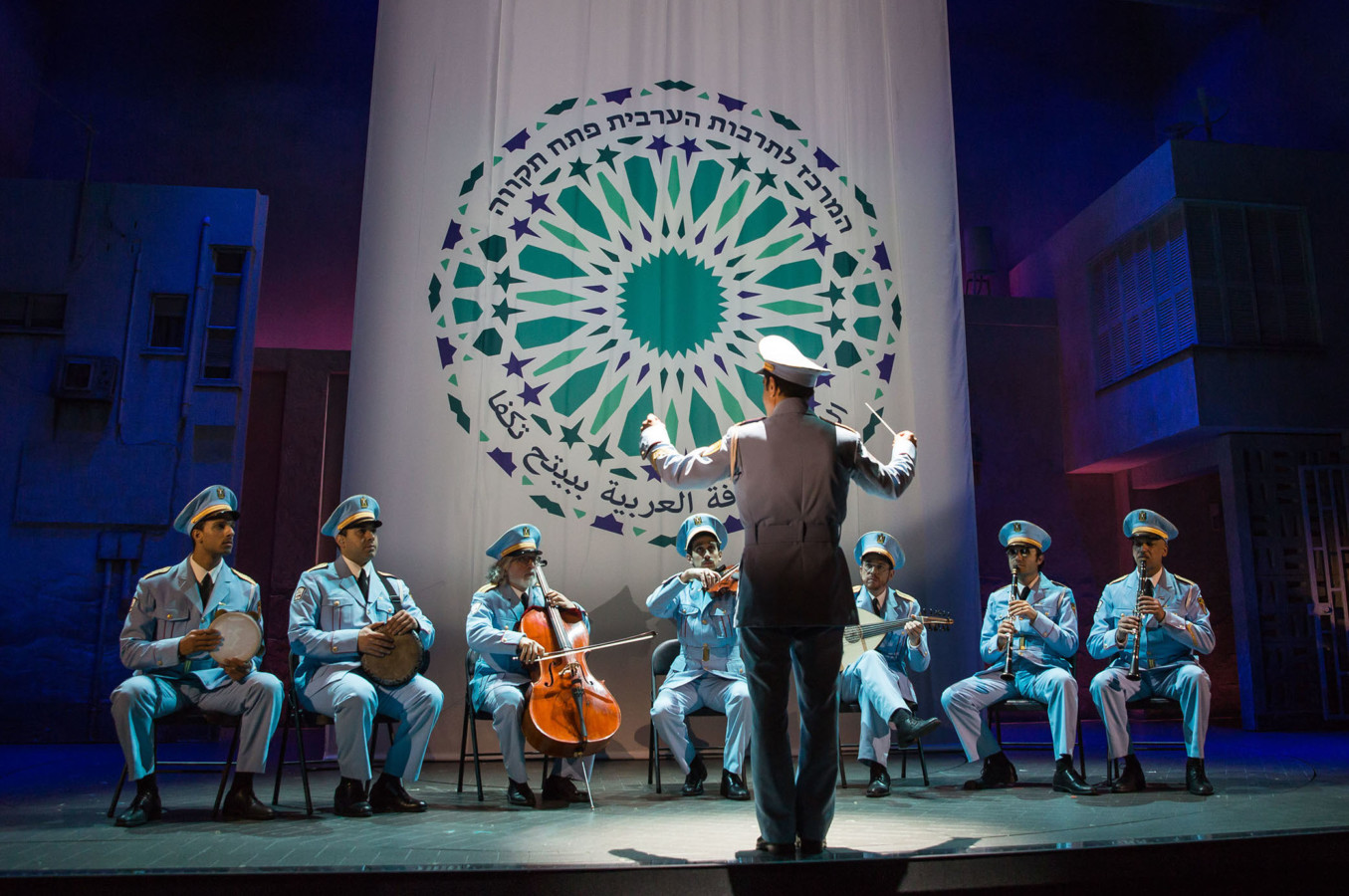 While the Arab-Israeli conflict has created a dichotomy between Arab and Jewish cultures, The Band’s Visit has helped actors Gabai and Stachel fill an emotional void, by celebrating the hybridity of both identities we rarely hear about.