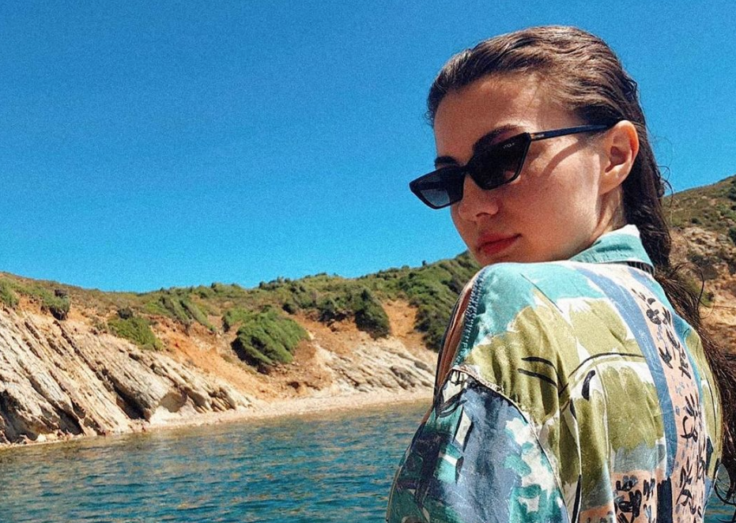 The Turkish actress and model is making waves

If you’ve ever sat and indulged in a good Turkish TV series (if you’re Arab, then obviously you have), then you might have heard of Burcu Özberk, the Turkish model-turned-actress who now counts a staggering 5 million Instagram followers and is the star of some of Turkey’s hit TV series.

The 30-year-old actress is best known for her previous roles as Türkan in the fantasy movie ‘Direnis Karatay’ and Burcu Olgun in the much-loved series ‘Aslan Ailem’ (which follows the story of Burcu, a young woman who flees from the police to live in a ranch inherited from her father).

In her most recent role as Ayse Yigiter in the hit series Afili Ask (where she plays the lead role of a woman who is forced to marry a well-known, rich and handsome playboy), Özberk’s role has carried her through to 38 episodes of the first season alone.

Looking to know who Burcu Özberk is? Look no further. This is everything you need to know about the Turkish actress.

Burcu is an award-winner

Thanks to her standout leading role in Kanal D’s romantic comedy series ‘Afili Aşk’, Özberk earned herself a major award at the Turkish equivalent of the Oscars, a Golden Butterfly Award for Best Romantic Comedy Actress.

Burcu was big into theatre

Having earned her stripes on-stage before she was on-screen, Özberk got a name for herself as a theatre actress in plays at Erdal Beşikçioğlu’s ‘Tatbikat Stage’, including ‘Quills and Woyzeck’.

Her now-married former co-star, Turkish actor Alperen Duymaz, was her boyfriend for a short while in real life. Unfortunately it didn’t work out and he is now married to Kübra Kelkit, a teacher.

Burcu is proud of her faith

The Turkish actress, who lives in Istanbul, is also a proud Muslim. Her name, Burcu, also carries an Islamic meaning: “A sweet smelling woman”.