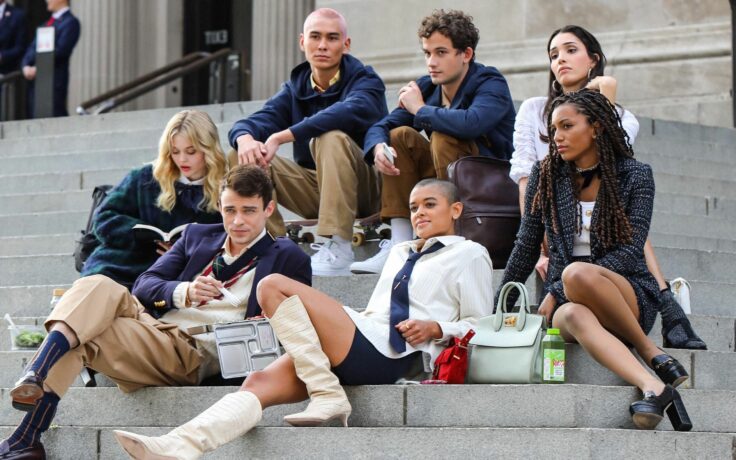 Everything We Know About the Gossip Girl Reboot

The release date is finally here

The Gossip Girl reboot is almost here and to say everyone is thrilled is an understatement. The hotly-anticipated comeback of one of our favourite teen dramas has been making headlines ever since the first shots on the set broke the internet last December.

The photos of the new cast on the steps of New York City’s MET museum, the original show’s most iconic location, had us all investigating for clues and hungry for more. Luckily the wait won’t be long.

The show has just announced that it will be premiering this July on HBO Max.

While we’d love to see the iconic duo of Serena and Blair portrayed by Blake Lively and Leighton Meester return to the screen, the reboot is set to follow an entire new generation of New York private school teens as reported by Deadline.

The reboot will see the original program creators Josh Schwartz and Stephanie Savage team up once again as executive producers. Joshua Safran, a writer and producer on the original show is also involved in the writing of the next chapter.

Looking forward for a new Upper East Side drama, here’s everything you need to know about the new Gossip Girl:

Over half of the leading cast are POC
The reboot is doing representation right and we’re here for it. Five of the nine announced cast members are POC including Whitney Peak as Zoya Lott, Evan Mock as Akeno ‘Aki’ Menzies, Zión Moreno as Luna La, Savannah Smith as Monet de Haan and Jordan Alexander as Julien Calloway. They will star alongside teen magazine Rookie founder Tavi Gevinson as Kate Keller, Eli Brown as Otto ‘Obie’ Bergmann IV, Emily Lind as Audrey Hope and Thomas Doherty as Max Wolfe.

It will be set in a post-pandemic New York
As reported by Cosmopolitan, the show will take place in “The After”, a post-pandemic world where everyone is vaccinated and lockdowns are something of the past.

The iconic voice of Gossip Girl herself is back
Kristen Bell, the OG narrator of the show, is confirmed to return for the new season.

The events will unfold over 10 episodes
According to Deadline, HBO has ordered 10 hour-long episodes of the reboot. The script will dwell on issues like social media and online privacy and how it affects the dynamics of today’s high schools.

More OG Gossip Girl looks are in store from the show’s original stylist
The mastermind behind Serena’s effortless style moments and Blair’s preppy looks, costume designer Eric Daman is making a comeback for the reboot.