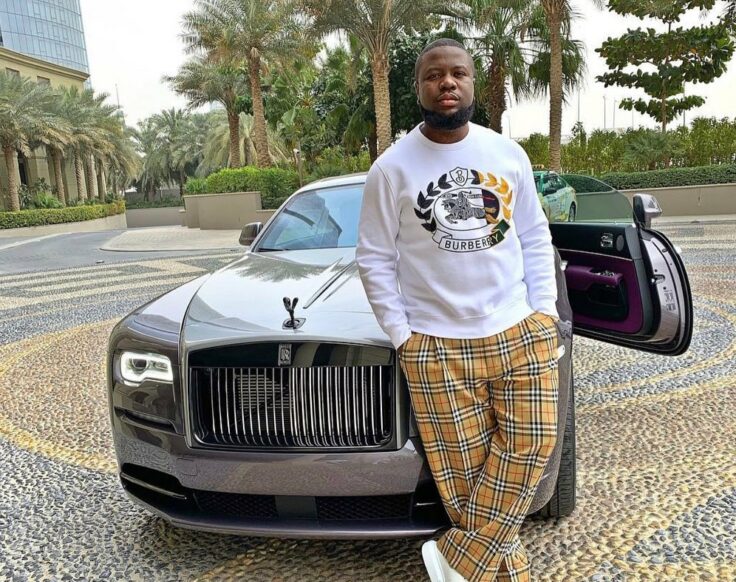 “For my scammers I gotta do this one”

In 2020, Nigerian influencer-slash-fraudster Hushpuppi was hauled out of bed in a dramatic arrest by Dubai police during a televised raid on his home in the middle of the night dubbed “Operation Fox Hunt 2” for stealing hundreds of millions of dollars via various online scams, including a multi-million dollar sting that targeted a Premier League club. He was extradited to the US to be charged more than two-years-ago and this week, the former Internet personality born Ramon Abbas — who used his Instagram to flaunt his luxurious lifestyle to his 2.8 million followers — was sentenced by a California judge to serve 135 months (11 years) in federal prison as well as pay an excess of $1.7 million to two of his fraud victims. Dubbed as “one of the most prolific money launderers in the world” by Don Alway, the assistant director in charge of the FBI’s Los Angeles field office, Hushpuppi’s public fall from grace is set to be detailed in a new series produced by none other than 50 Cent.

The American rapper, who has production credits on a handful of successful TV series such as Power, Power Book II, and Power Book III, among others, took to Instagram on Wednesday evening to reveal that he will be dramatizing Hushpuppi’s life for the sake of his “scammers.”

Announcing his upcoming projects, the 21 Questions rapper posted a carousel of photos of the convicted fraudster, which he captioned “For my scammers I gotta do this one, Hushpuppi series coming soon! (sic)”

While the rapper and producer didn’t reveal much about the upcoming series, fans took to the comment section to suggest that he casts a Nigerian actor to take on the role of the infamous scammer. However, not everyone is pleased about the forthcoming series. Many are concerned that 50 Cent is promoting fraud, while others rightfully feel that the project will paint the West African country in a bad light and further perpetuate the stereotype that Nigerian men are scammers or untrustworthy people.

No release date has been set, but in the meantime, fans can always witness the con-artist’s arrest on screen by watching the subtitled versions of the police footage of the raid, which was broadcast in Arabic and English, action movie-style, splicing six simultaneous arrests of 12 suspects, the recovery of $40 million in cash, 13 luxury cars totaling $6.8 million, 47 smartphones, and 21 computers.