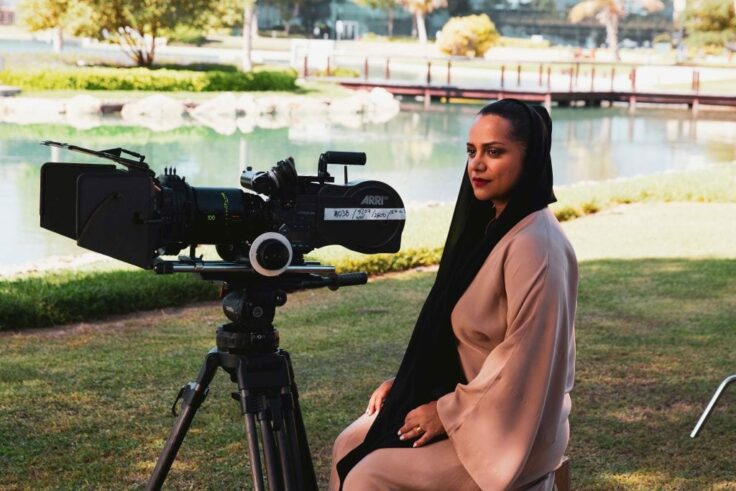 In honor of UAE’s national day, we’re celebrating the people who’re really championing change in the region, and pushing their ideas, and putting women first. That’s why we gathered a list of 5 distinguished UAE-based leaders and game changers in their own respective fields that the world needs to celebrate.

Introducing the next generation of catalysing Emirati women:

Almost 4 years after initially being appointed Minister of Youth and Culture, the wave-maker is used to receiving some of the most prestigious accolades and decorations. Willing to challenge any obstacle she is faced with, Al Kaabi is surely one to count on to design the Emirates of tomorrow. We especially appreciate her work in supporting the creative youth, a topic that is near and dear to us.

President and Director of the Sharjah Art Foundation, Hoor Al Qasimi is the one of the nation’s main figures of contemporary art. Her worldwide influence challenges washed narratives. Her championing quality art with her discerning vision, and untiring will to promote Arab art internationally makes her a huge participant in promoting a bright creative future for the Emirates.

Nayla Al Khaja is the Emirate’s first female film producer and her work behind the camera is far from going unnoticed. Pioneer in getting an Emirati feature accepted by the panel at the notoriously famous Cannes festival, Nayla is engineering a bright tomorrow for the silver screen industry in the region, and we can’t wait to see it happen.

Dubai’s first royal as a woman police pilot is a mighty title. Pioneering in the matter, her accomplishments have been followed closely by women who like her want to pave the way to a more inclusive future. The royal is also a big champion of supporting women, as a licensed commercial pilot we cannot wait to see her soar to newer heights.

First woman to hold a ministerial post in the UAE, Al Qasimi is also known for making big waves in the country. She was previously the Minister of State for Tolerance, Minister of State for International Cooperation, and Minister of Economic and Planning of the United Arab Emirates. She was also recognized as one of the most powerful women in the world  by Forbes in 2015.

Recognised as one of the Emirates’ most influential women, the soon-to-be turning 60-year-old author and entrepreneur is a multi-award winning personality known for also being one of MBC’s most famous presenters. Credited with the founding of more than one venture or initiative, including Life Through Change: a program dedicated to bringing positive changes into women’s lives, Kazim is one of the UAE’s, and region’s, proudest talents.

Aisha Al Mansoori, became the UAE’s first female commercial flight captain. 33-year-old Aisha, began her career aviation with the Etihad Airlines in 2007. From there she’s gone from strength to strength, culminating in her recent promotion to the position of flight captain.

“I am proud to be the first female Emirati to be a Captain in a commercial airline, and I hope I will be an inspiration to young women to follow this career path,” said Mansoori. With Etihad airline echoing, “We are proud of Captain Aisha’s achievement and the pioneering role she is playing for women in the UAE’s aviation field, …aviation is a gender-blind field.”

Nora Al Matrooshi is the 66th woman from around the world, and first from the region, to be heading outerspace. Chosen out of more than 4.000 candidates, Al Matrooshi realized her childhood dream by receiving an official training to be able to go on future space exploration missions. Passionate about sciences and space, she has worked for the Abu Dhabi National Oil Company on a variety of projects and represented the UAE in many conferences and events. In 2019, she represented the UAE at the UN International Youth Conference and before this she ranked first in the 2011 International Mathematical Olympiad. Adding to this long list of accomplishments, she is an active member in The American Society of Mechanical Engineer