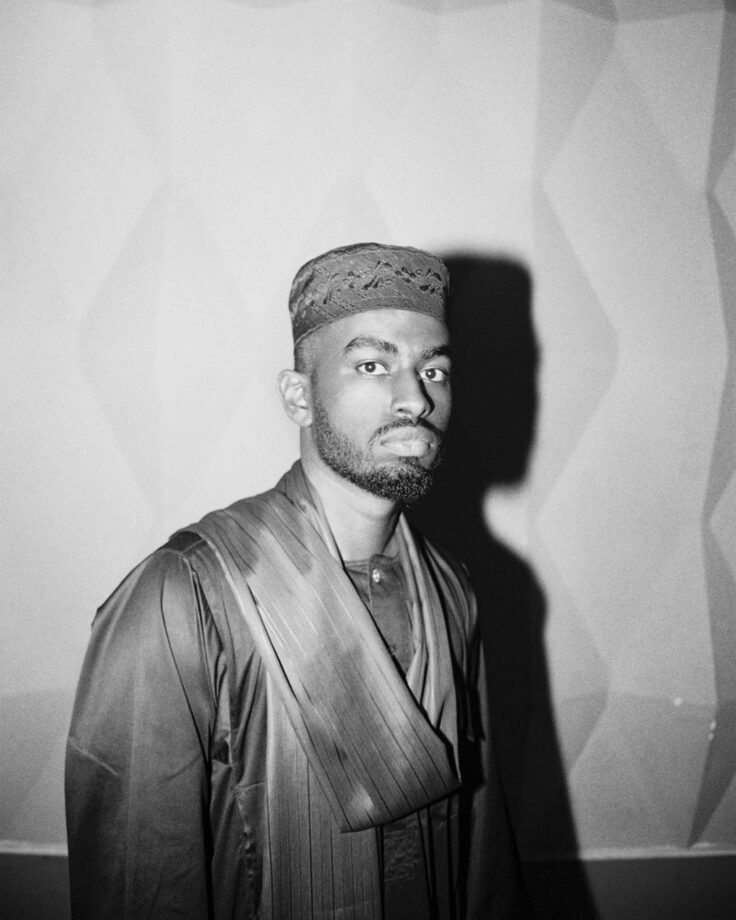 The music platform put a spotlight on Sudanese artists

With a backdrop the exact shade of blue that has taken over our Instagram feeds over the last few months, ColorsxStudios is paying tribute to Sudan, featuring artists from the nation and its diaspora to perform.

The project—which will unfold over the next week with multiple episodes dropping on their YouTube channel—aims to bring awareness to the uprisings that left the nation in conflict following the deadly protests that led to the ousting of dictator Omar Al Bashir.

“COLORSXSTUDIOS presents a new project exploring the role that music and visual art culture plays in relation to the campaign for global equality, human rights & democracy,” announced the music platform.

First up is Sudanese artist and producer Sammany Hajo, who took a seat wearing a traditional Sudanese jellabiya, complete with a milhafa and paired with Vans sneakers and his guitar to perform an emotive rendition of his song ‘Mtalib’ (meaning ‘demands’ in English).

The singer, known equally for his pacifying voice and his soothing beats, included lines from a poem by revolutionary poet Omer Mustafa Abu Minna, readapting the new iteration to address the #MattarBlue movement (also referred to as the Blue Rain Movement) that began to commemorate the death of 26-year-old Mohamed Hashim Mattar, who was killed during the crackdown in June, and wound up becoming an international symbol of solidarity and awareness with Sudanese martyrs and protestors.

Hajo will be joined by MILLE favourite Loay Karim (known as Flippter), the Saudi-based Sudanese rapper who made a name for himself as a comedian on Telfaz11, bringing awareness to Saudi stereotypes of Sudanese people.

Karim, who made a jump back into the music scene earlier this year after a two-year hiatus, recently released his politically charged hit, ‘Hiqd’ (hatred in English), calling out the Sudanese government.

Alongside the performances, ColorsXStudios is dropping a series of interviews with the Sudanese musicians, with journalist Yousra Elbagir delving deep in to the history of the conflict and the current state in the Northeast African nation.