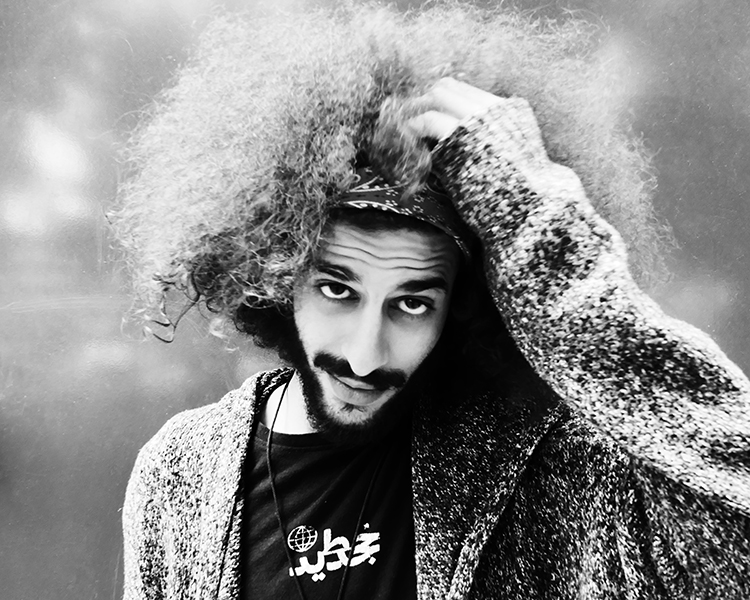 The Palestinian Trip-Hop Artist to Watch

“I’m the only trip-hop artist in Palestine!” exclaimed Moody Kablawi, in an interview with The Guardian. And he’s not wrong. Trip-hop—a genre that emerged out of the UK in the early 90s— became defined as an experimental breakbeat, with bands like Portishead and Massive Attack at the forefront of the genre.
Going back to basics, Kablawi takes the experimental trip-hop thread and weaves it through his  Palestinian roots. Having released his first EP, Mazaji, in 2010 when he was only 15, Kablawi raps, mixes beats and samples snippets he finds on the internet.

Having performed across the US, Europe and the Middle East, Kablawi grew up with the rare eye disease nystagmus and had to be financially independent due to his father being in prison, so success has given Kablawi the opportunity to decolonise and decriminalise the rap industry from the inside.
As quoted in an interview with Reform the Funk, “I was inspired by Arabic rap of the early 2000s being released by artists such as DAM and NWR. I saw how they used rap as a peaceful tool for expression. Our first struggle as a Palestinian community is a political one and I understood more about this through listening to these artists music.” This was perfectly captured in a hip-hop, trap and techno documentary by Boiler Room TV, called Palestine Underground, which captured the tight music community, featuring Kablawi and friends.

Rather than being a Palestinian artist, Kablawi insists that he is simply an artist from Palestine, with musical influences extending far further than the region, largely brought about by his flow in English. Bristol, the birthplace of trip-hop, has inspired him for obvious reasons (he likens the Bristol scene to the underground scene in Haifa), but his sound has also reached Berlin.

Kablawi’s most recent album Shashi (2017) was self-produced, playing first at the inaugural Palestinian Music Expo in Ramallah followed by the stages of Switzerland, Berlin and London. Since then, he has released a music video for Ma Fi Ma’ani and this year shared a video for Mali Mal, showing a pixelated Kablawi walking through grainy streets. Now based in Berlin, Kablawi is currently working on a disco EP – coming soon.