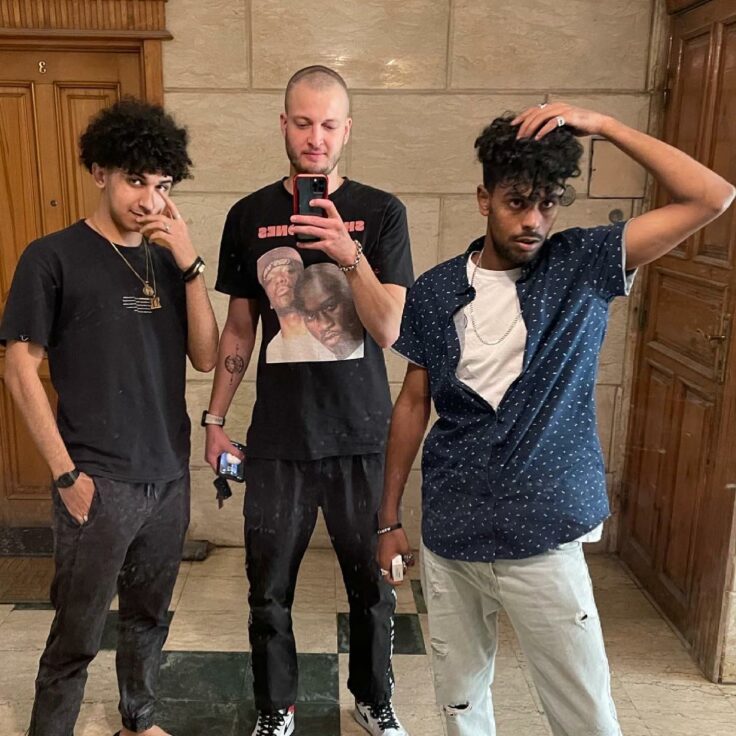 If there’s one newsletter to subscribe to, it’s this one.

Whilst Haifa Wehbi and Nancy Ajram ruled the music game for decades, recent years probably have us all questioning their reign. The music scene has grown exponentially over the course of the last decade, with new genres imploding from Morocco to Sudan. And when it comes to discovery, there’s one place that’s offered itself to fill that space.

The premise is both simple and incredibly necessary. Every week, the 31-year-old invites others to join his newsletter and asks five simple questions: what their favourite song is at the moment, their go-to song for ‘all their feels’, a song that reminds them of home, a song their know all the words to, and one that gets them hype.

What transpires is beyond simple, though. As it stands, Sa’alouni El Nas is an archive, not only of contemporary Arab music, but a catalogue highlighting talented Arabs from around the globe. From rappers Narcy and Offendum to Egyptian DJ and archivist Disco Arabesquo, Hajjar has forged a community around him. Of course, we decided to catch up with him and talk about Sa’alouni El Nas, how it got its start, and his plans for its future.

How’d you get the idea to launch the newsletter?

The idea for the newsletter came about in a couple of ways.  Primarily it came out of the August 4th, 2020 Port of Beirut Blast where it felt like everybody was paying attention to what was going on in Lebanon. I wanted to continue that. I didn’t want that attention to wane from a global perspective. I wanted to highlight different stories and updates that were happening still in the country.

Where does the music come in, though?

Everyone likes music. But everybody knows Arab pop. Even outsiders who are exposed to Arabic music are exposed to Arab pop music and know Nancy Ajram and everyone else, which is great. I love them but there’s so much other stuff happening that I don’t know that people know about, whether it’s diaspora or local and I really wanted to spotlight that.

What exactly did you want to spotlight?

I think the different hip hop scenes within and each country are super interesting. For me, it was my way of being able to make playlists and for people to put a spotlight on those songs and those artists. That’s how the newsletter started. Then what I wanted to do was highlight actual people, both locally and within the diaspora who were just doing cool things; it could be artistic, it could be political, it could be, academic, it could be, you know, whatever.

Why did you want to involve other voices in the newsletter?

Because we have dope people doing dope things. And frankly, and I don’t know if this is just limited to the United States or other communities, but we are always called upon to talk about our political situations and that’s exhausting. We’re trying to work through that ourselves, let alone talk about it with other people. I wanted to try to do this in a way that says that we are more than what our profession is. And everybody can relate to music in some way, shape or form.

How do you go about selecting people you speak with?

My goal with that is to always try to pick somebody that either represents a different country, a different diaspora community, whatever it may be. I wanted to highlight them through their taste of music too. Instead of just being like, tell me how you got to do this. Instead, I ask them, what are you listening to? It humanizes people that otherwise don’t get to talk about these things in a public forum as often.

From talking to all these people through the newsletter, do you think the perception of the industry has shifted over the years?

You see more pop on Anghami, and on YouTube, but not necessarily with the others. That’s just for people who have access to internet and credit cards to pay for those platforms. I think the music industry still pushes like the artists who are very familiar to everybody. And they’re all white Arabs. You really don’t see any black Arabs get the attention that they deserve, even though artists like Dahlia out of Saudi Arabia are putting it out incredible music. You have a lot of artists from Sudan, for example, who are doing cool music, and elsewhere too.

But the scene has seen a lot of changes recently.

Yeah, I think there is more of an acceptance of rap. Particularly out of Egypt. Obviously, the Egyptian music scene has its own issues with, with Mahraganat. And Moroccan artists are getting more and more out there. People are listening more to what Moroccan artists are doing in particular. And in some way that’s opening the door for the rest of the rest of North Africa.

Back to the newsletter, where do you want to take it in the future?

I would love to see the newsletter become its own music, digital platform. To talk about our artists, talk about our MCs. I want to basically create a Pitchfork for music from region. I’d love to do deep dives on Mahraganat for example. Why is it so contentious YouTube? Why is pop doing so well outside of YouTube? I would love for somebody write a deep dive on Drill taking over Sudan and the Gulf. Why are those artists taking it on?