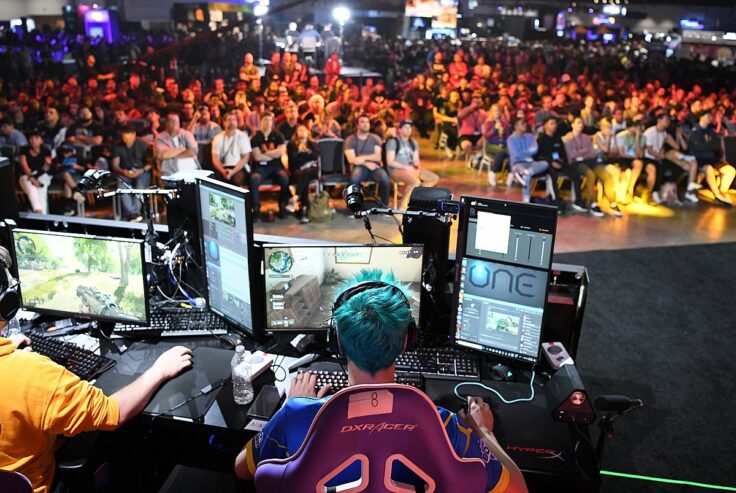 Is Saudi Arabia the Next Global Gaming Hub?

All signs point to it

When it comes to the Arab countries, Saudi Arabia is the number one hotspot of gaming. In the world, the Kingdom occupies a spot in the top twenty as the largest electronic games market in terms of revenue. According to reports, the rate of spending on video games far exceeds other countries, including the US, with Saudi gamers spending more than three times per day than those from America and even China. More than 23.5 million people (nearly 70% of the population) in Saudi Arabia consider themselves gamers, so, it only makes sense that Saudi Arabia has launched what is set to be the world’s largest gaming and esports event in the world to continue to foster and nurture its growing homegrown gaming industry.

Gamers8 is an eight-week long electronic sports festival that kicked off at a purpose-built venue in Riyadh Boulevard City in July and brought together Saudi Arabia’s gaming community, in addition to live performances from the likes of Afrojack, R3HAB, Wizkid, Dafencii, and Afroto, among a host of others. The next concert of Gamers8 will feature Warchief and Chndy, the unofficial DJ duo who make up Jazzy Spa Sounds. The Saudi and Omani creative duo are set to perform alongside Saudi DJ Loush on Thursday, just days before the festival comes to a triumphant close on Sept. 8.

In addition to concerts, top professional gamers from around the world descended on the Kingdom’s capital to compete across six titles during Gamers8. They are: Rocket League, DOTA 2, Fortnite, Tom Clancy’s Rainbow Six Siege, and PUBG Mobile, with winners taking home a total prize pool of $15 million, according to organizers.

“With a population so young, all gamers, even the older generation or former gamers, it was the time to start to focus on giving them an avenue to not just enjoy the games, but have that be your career path as well,” Prince Faisal bin Bandar, chairman of SEF, said in an interview with Arab News.

With festivals like Gamers8 and RUSH— a gaming and esports extravaganza that launched in Riyadh last October— the Kingdom is slowly emerging as the next global gaming hub.

In recent years, Saudi Arabia has become one of the most important investors in the global video game market with several game-related transactions, including its acquisitions of the esports leagues ESL Gaming and FACEI in January and the purchase of almost the entire value of SNK Corporation in February. More recently, the Gulf country’s Saudi sovereign wealth fund acquired shares in the European video game distribution company Embracer group for a value of $1 billion.

Of course, the country’s rapid ascent in the world of gaming would not be possible without the ultra-young Saudi population, who are the backbone of the country’s homegrown video game industry. According to research by a Boston Consulting Group, gaming consumption in Saudi Arabia is projected to reach $6.8 billion by 2030, a $959 million jump from 2020. Additional figures by Saudi Arabia’s Ministry of Communications and Information Technology show that 48 percent of the Kingdom’s gamers are women, such as YouTube content creator Meshael MR, meaning that the nation’s trailblazing women will play a huge role in the growth of the Kingdom’s gaming sector— alongside esports festivals like Gamers8. Get to know some of them below.

Beshayer is a member of Yalla Esports, a professional esports organization in the Middle East. Gaming is a highly male-dominated field, so it’s refreshing to see women gamers who are capitalizing on the fast-growing industry by competing in esports tournaments.

You can find the young Jeddah-based gamer on Twitch, where she streams herself playing video games such as Valorant, Call of Duty, and League of Legends.