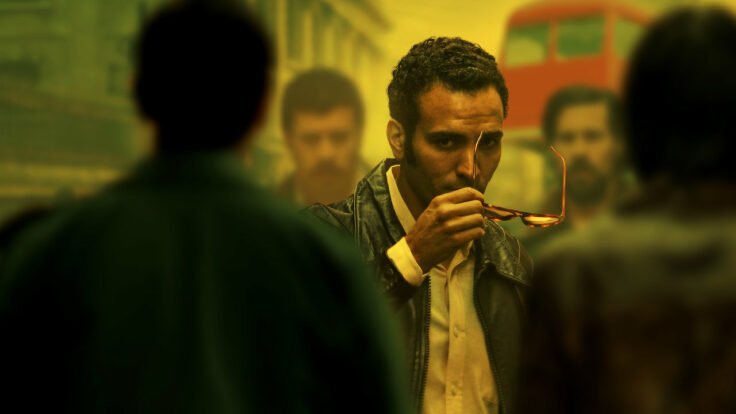 The Region’s Wildest Historic Events, As Told by Netflix

Close your history books, Netflix is in charge

We all know that the region is home to some of the wildest moments in history. Enough to intrigue any one of us, some of these jaw-dropping tales have managed to make it to the silver screen and made available through Netflix.

Whether you’re feeling like having a cozy night in or just to brush up on your historical with some lesser-known facts and events, we’ve gathered a small cocktail of films and series, all based on true stories or events, to binge-watch through the winter season with some popcorn and a warm blanket.

The Spy is an English-language mini-series that is based on Eli Cohen’s infamous career as an undercover Mossad spy. The Egyptian born Israeli agent is widely recognised for his infiltration mission in Syria in the 1960s where developed close ties with the high political sphere of the Levant country. In one of his very few serious role, Eli Cohen is here played by the illustrious Sacha Baron Cohen – a well suited role that received many accolades across both viewers and critics.

Starring the very talented Lyna Khoudri, Papicha is a time capsule that takes you back to Algeria’s Black Decade through Islamism and the dire crave to feel free and liberated both mentally and physically. The story goes as follows: set in 1997 in the North African capital of Algiers, dogmatic religious fanatics have managed to take over the country’s streets suffocating any kind of expression that strays from their understanding of pious texts.

Nedjma, a young student, is a passionate designer that is blinded by her desire to organise her very own fashion show. As you can imagine, her journey is not without any hurdles as her lust attracts the wrong kind of attention from the murderous extremists that have the upper hand over the country.

Now this is a movie that’ll literally keep you on edge all throughout. Based on a true story, the plot is centred around one of the region’s most mysterious of characters. Ashraf Marwan, played by Tunisian Marwan Kenzari, is, to this day, the only individual to be the recipient of the highest distinction a person can get in both Israel and Egypt. Regarded as a hero on both sides, Gamal Abdel Nasser’s son-in-law is believed to have served the Egyptian and Israeli secret services at the dawn of the six day war of 1967. Based on a true story, this is a historical moment many do not know of and that is for sure worth the watch.

The story follows a Palestinian American who travels back to her homeland in order to recover her grandfather’s savings frozen since the Nakba of 1948. Recounting an experience that far too many have experienced, the main protagonist journey is one that many can relate to while exploring the whole Palestinian question from another angle.