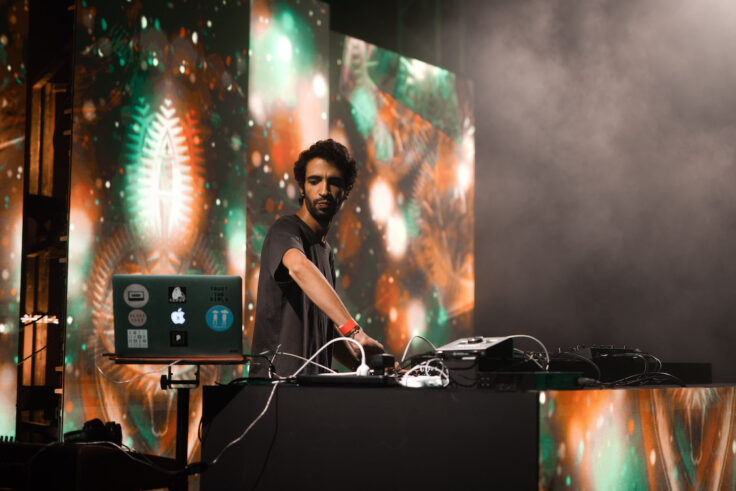 The country is on a mission to reshape its music scene

Last week, I witnessed one of the most thrilling and unusual music performances of my lifetime: Saudi DJs Bluepaper, Agha, and Fulltone taking turns spinning the decks for a hundred people at an intimate space illuminated with beaming lasers and flashing lights until one in the morning.

That’s the thrilling part. As for the unusual? The space was a warehouse situated in Saudi Arabia’s capital city— a place where, for the longest time, dancing at a rave with the opposite gender could get you fined or land you in prison.

The evening was part of Xchange, a series of three focused workshops that aim to tackle the issues pertaining to the region’s music industry. “The Saudi music scene is booming, and we need to think about how we can continue to support and grow it, but also ensure the industry is healthy and sustainable for all to prosper,” said Nada AlHelabi, XP’s program director at MDLBEAST, a homegrown entertainment company.

Parties have long been an underground affair in Saudi Arabia, where strict adherence to Islam meant that music, although never explicitly illegal, has been frowned upon by religious conservatives. Things began slowly changing in the country though, following a series of royal decrees spearheaded by Saudi Crown Prince Mohammed bin Salman that saw the loosening of many restrictions as part of the country’s 2030 economic diversification plan. As a result of the new reforms, music is quietly making a return to the conservative Gulf country.

For starters, a-year-ago, Saudi Arabia’s Music Commission announced the launch of the Kingdom’s first–ever music strategy, which is set to include more than 130 recording studios, a raft of new music institutes, and rehearsal facilities across the Kingdom, including the world’s largest flagship recording studio in Riyadh.

In 2019, the country hosted its first ever electronic music festival, a three-day-long techno extravaganza launched by MDLBEAST, that featured performances on the outskirts of Riyadh from some of the world’s most top-rated artists, including Steve Aoki, DJ Snake, Tiesto, and Swedish House Mafia, among others.

Meanwhile, a generation of new culturally attuned party organizers and -goers are helping a new nightlife take shape in the Kingdom, one rife with makeshift parties and underground raves that attract those “in-the-know.” 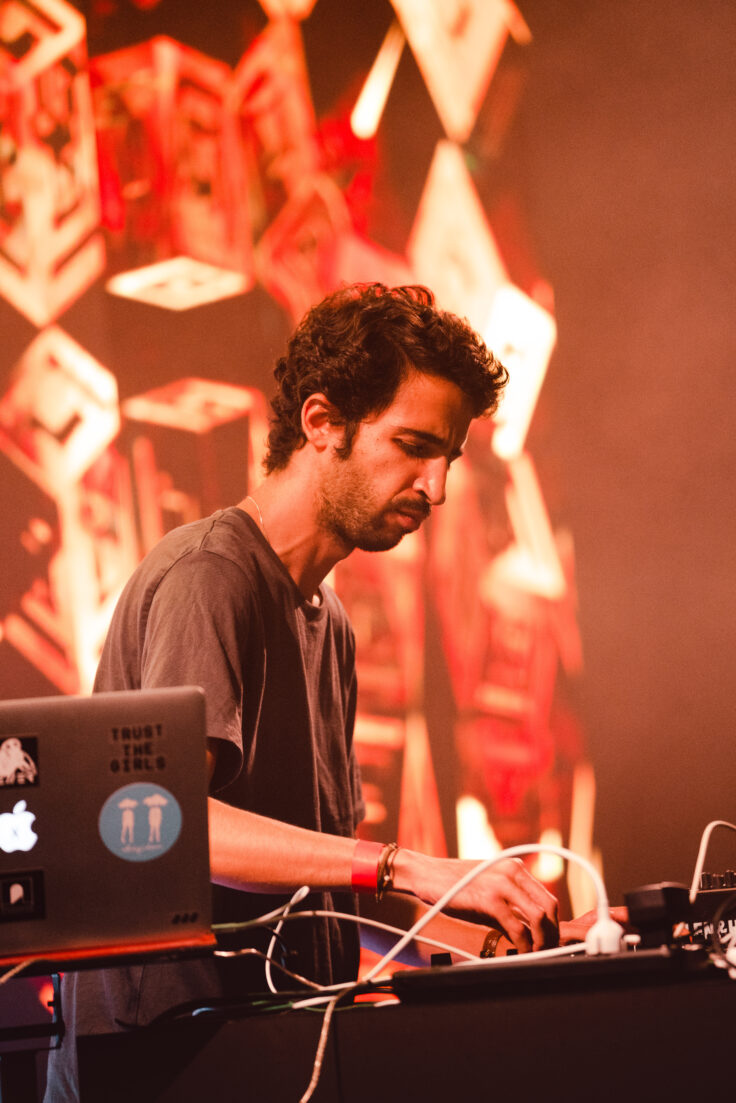 Indeed, it’s true that the ultra-conservative country has come a long way (to put it into perspective, the Commission for the Promotion of Virtue and the Prevention of Vice or “the religious police” used to arrest people for dancing at birthday parties), however, the country still has some ways to go when it comes to having a truly thriving underground music and party scene.

Ever since the Kingdom “decriminalized” parties, promoters and event organizers find that there are still stringent regulations in place that are suffocating the country’s rave and party culture and preventing it from flourishing.

While there is a growing interest in electronic dance music and a burgeoning underground scene led by ultra-talented homegrown artists, party-makers face many obstacles when it comes to obtaining a permit and finding a proper venue (there are no licensed night clubs in Saudi Arabia) to organize a music event, prompting them to just throw their hands up and host an illegal rave at a friend’s villa, as they had been doing long before Vision 2030 was introduced in 2016.

MDLBEAST launched Xchange for this reason: to support a diverse late-night culture while preventing risky behavior and promoting safety among partygoers and underground music lovers.

The first edition took place in Jeddah earlier this year, while the second session got underway in Riyadh on Sept. 15, inviting policymakers, artists, and party promoters to the bustling JAX District to have a candid conversation about how to nurture the country’s burgeoning music scene as well as navigate how to expand the underground scene via small-scale parties and events, while maintaining a safe and sustainable environment for all attendees. 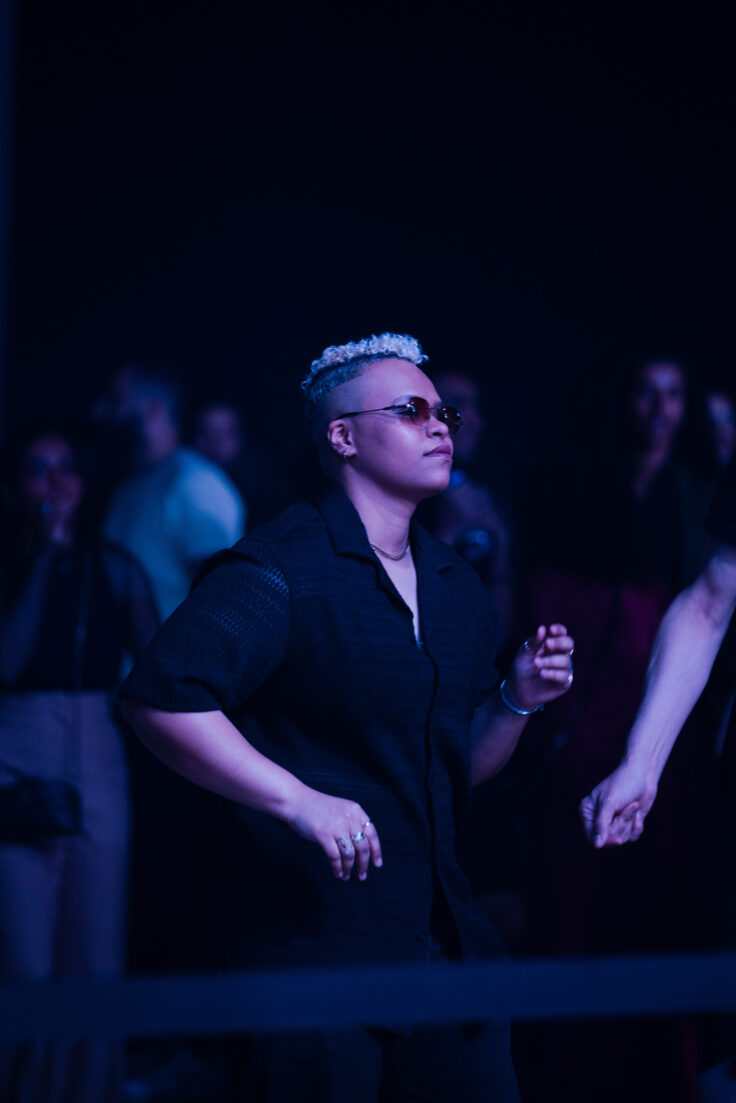 What are the current obstacles to organizing parties in Saudi? How do we maintain the authenticity of the scene as policies and measures are implemented? How does a party permit enable the music scene to expand? Those were some of the questions posed during the hour-long session. The findings will be presented in XP’s annual MENA Music Industry Report, following the third and final workshop taking place in Dubai in October.

With policymakers that work with the Saudi government present at the workshop to listen to the feedback and concerns raised by artists and event organizers, it’s possible we will see a transformation and re-shaping of the local nightlife and music scene, where a rave that goes on until 1:00 a.m. is anything but unusual.