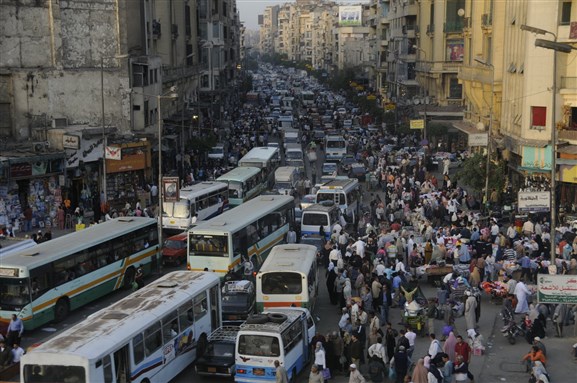 It’s official: the world’s population has reached 8 billion, less than a century after the planet recorded a mere two living in our precious blue orange. Although the increase was exponential and rapid, experts are now claiming that this number will soon start shrinking as the world starts facing more obstacles related to the rapid climate change, the low fertility of land, and poor living conditions amongst other species-threatening issues.

As some were quick to celebrate human kind’s newest milestone, posting all sorts of deep and supposedly profound messages on social media, others online decided to do what they do best, which is to give birth to some seriously funny memes and one-liners online.

abdulla_shahid: Our planet is now home to 8 billion people

This milestone gives us renewed hope for greater opportunities to achieve prosperity for people and the planet. It is also a reminder to step up efforts to actively seek solutions to the global challenges we face to…

8 billion people in this world & some of them are going to have the best day of their lives. Some are gonna fall in love. Some will heal. Some will survive. Some will let go.

& If aren’t one of them today, take comfort in knowing that your day is on its way. 💛

Imagine if 8 billion people in this world could each adopt a dog or cat. How beautiful would the world be.

If you ask us, there’s no better place to see what the masses think than the people’s own open court, our generation’s equivalent to Ancient Greek Agoras — Twitter. Since the news officially broke out, Tweets have been pouring in the thousands, and by now you should know that we’re anything but gate-keepers when it comes to these things, so here’s a couple of our favorites so far from the bird app.

8 billion people in the world and you’re still single 😭😭😭😭😭

The world now has 8 billion people.
And my heart still chooses you.❤️ pic.twitter.com/vqZPBvqVcL

so, world population finally hit 8 billion and this is all i got lmao pic.twitter.com/XlnEwJksj0