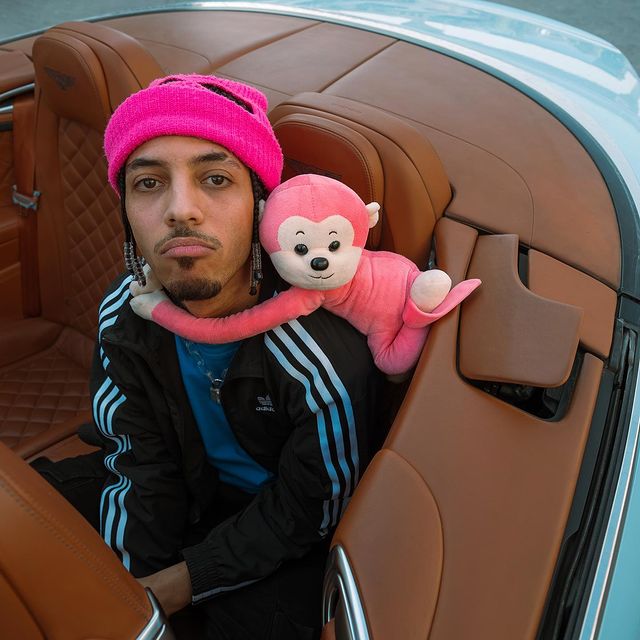 Unpacking the Reality of the UAE’s Rap Scene

If you had told any New Yorker from the 70s that rap would go global, odds are, they probably wouldn’t believe you. When someone starts talking about hip-hop in the Arab World, the UAE is, more times than not, not the first scene  that comes to mind. At the furthest extremity of the region’s scope, the Gulf country is still home to its own movement of the once-underground genre that has now grown into being one of the most listened to genres in the world.

Proving to not be immune to this global sensation, the emirate’s youth is, like the rest of the world’s, pushing for the genre’s rise to mainstream notoriety while trying their luck at breaking through it. Although the relatively new-born generation of artists do have more than one statement to make behind the mic, the road is long and not without any complications.

Spirited and hungry to be able to beam their sounds and tracks to all corners of the globe, we asked four emerging figures from the UAE’s rap scene to shed some light on the currently-developing industry through its ups and downs to money, fame and stereotypes.

I’ll be honest, everyone in Dubai acts a little Hollywood, and people here look up to what’s outside the country and barely at what’s going on inside. I feel like people think that everyone in the city is rich and that everyone has made it since day one so no one pays attention to the local artists and talents. With that being said though, I see a lot of progression and I know this is our year.

Family can also be a bit of an issue. I grew up with my grandma who raised me since I was a baby. I feel like she never believed in what I’m doing and thinks that I’m stuck in my teenage phase waiting for it to end because it’s very immature in her eyes and I should rather focus on getting a “real” job instead.

It’s still in its baby steps but the scene will have its prime time come very soon like every other country has at some point. It just depends on who’s going to lead and influence the others. I’ve made it my responsibility to be of those paving the way but there’s a lot of hurdles on that journey. So many, that I don’t even know where to start from and that’s beginning on the fact that for so long no one had institutionalized how to build yourself as an artist, how to generate money, how to approach or work with brands, what it means to be a performer on stage, how to promote and market your music … That’s the real struggle for me but it becomes a motivational challenge once you embrace it and decide that you will achieve your goals.

At this stage, I don’t think we could say that there’s an industry in the UAE. There’s still lots of work needed for it to become an industry. I think one of the main issues is us thinking we do have an industry. It’s more like a community , a great community that’s evolving to be one day an industry.

Hip-Hop in the UAE is still growing. I believe the evolution of artists like Freek has actually helped and spotlighted the UAE more, but there’s still lots of work needed. We need more talent to showcase , more diversity and bigger impact. There are lots of factors that have to be connected in order for us to have a proper ecosystem and the UAE is unique because of the diversity of it. I would say artists need to tap into their culture more and believe that culture that represents where they are from will impact their journey. There’s so much dependency on getting validated as an artist and I feel that is a big hurdle. Artists need to enjoy and learn from their own journey , their own process and I feel that is not 100% happening here.

In my opinion, because of the diversity of the UAE, it’s harder to find a sound that would reflect the UAE and that’s ok, our sound could be diversity. Also check out his most recent track Syrian Cypher.

Dubai is a fast city, therefore it affects the scene in how to stay relevant. That’s why you should have your own unique touch to add to this world. It’s slowly getting better and better and more artists are actually gaining that confidence to come and join the scene with that extra flavor.