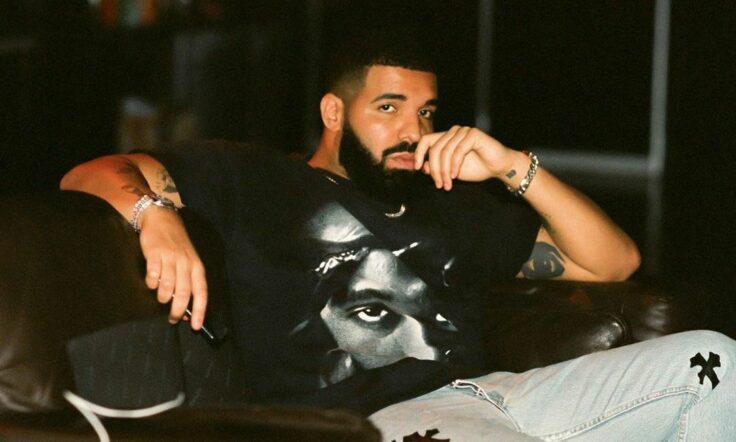 You can now call him Dreikh

It was only a matter of time until Drake tried his hand at Arabic. From Patois to French and Spanish, The Canadian rapper already has already amassed a pretty diverse linguistic repertoire. In his new track ‘Only You Freestyle’, which features British drill artist Headie One, Drake dropped an entire line in Arab – sending Arabic Twitter and TikTok into a frenzy.

Drake’s Arabic lyrics read: “Arabic ting told me that I look like Youssef, look like Hamza, Habibti please, ana akeed, inti wa ana ahla”, which translates to “My love please, I’m sure you and I look better together,” in English.

His foray into Arabic lyricism should come as no surprise. The Grammy-Award winning artist has a bit of a history with the Arab world.

Recently, he was rumoured to be dating Egyptian-Moroccan model Imaan Hammam. But his Arabic-skills date back all the way to 2009, when Drake referenced a former Moroccan girlfriend Zineb Samir, or ‘Nebby’, in his song ‘Look What You’ve Done’.  “It’s like ’09 in your basement and I’m in love with Nebby / And I still love her but it fell through because I wasn’t ready,” he wrote. It’s also rumoured that his major hit, ‘Best I Ever Had’ is also about Samir.

Drake after finding out that Rihanna is into Arabs pic.twitter.com/TLtP0xWBRX

Drake also never shied away from recognizing his own Middle Eastern-like features—a subject that still carries a trail of its own memes.

In 2015, upon visiting Dubai, Drake posted a photo with Sheikh Mansoor Bin Mohammed Al-Maktoum on his Instagram, joking that he “finally found [his] long lost brother”.

But Drake’s Arabic lyrics in ‘Only You Freestyle’ have birthed a new wave of brilliant memes in little over 48 hours already. These are the best Drake rapping in Arabic memes.

I just know that Dj Khaled was the one that taught Drake Arabic 😭
pic.twitter.com/TAIuuFcfpZ

Drake when he said that bar in arabic. pic.twitter.com/3QsY4pHX9k

Drake walking out the studio after thinking he killed that one Arabic line in his verse pic.twitter.com/KobzPQOd5M

drake practicing his arabic before heading to the studio pic.twitter.com/Whas3RNI6M