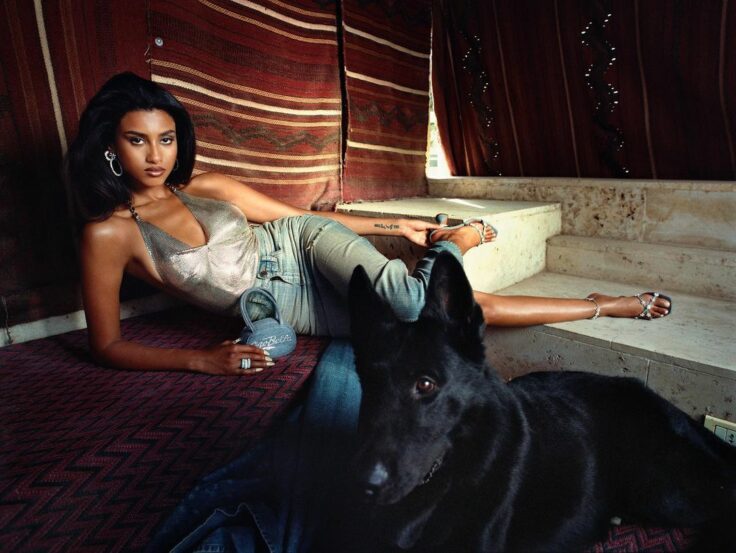 Part-Jordanian footwear designer Amina Muaddi has decided to give a nod to her Arab roots in the new campaign for her celebrity-loved eponymous footwear brand.

The designer dropped two short clips on her official Instagram from the Dexter Navy-directed film, which was shot in Cairo and stars Moroccan-Egyptian-Dutch supermodel Imaan Hammam wearing pieces from Muaddi’s new collection, including transparent Perspex pumps and strappy, lace-up sandals.

“A celebration of Arab culture, shot in Cairo, Egypt. To our Community, with love,” the 35-year-old captioned the post on Instagram.

In the clips, Hammam can be seen posing with a white Arabian horse and laying on a Persian carpet, while donning Muaddi’s signature flared heels.

Muaddi made sure to involve Arab creatives in the production to bring her vision to life. Aside from Hammam, Navy is British-Egyptian. Another Middle Eastern talent credited in the film is Amir Dayi, assistant to Muaddi’s longtime friend and stylist Jahleel Weaver.

“Absolutely the whole production was Arab except glam and styling who are Black, talented, and familiar with the model,” explained the designer in response to an Instagram comment asking why there weren’t more locals involved in the production.

The Paris-based designer was born to a Romanian mother and Jordanian father in Romania. Shortly afterwards, her family relocated to Amman, Jordan, where her biological father was from. She spent a portion of her childhood in the Middle Eastern country, before moving back to Romania with her mother after her parents split up. She later moved to Italy, where she enrolled at the European Institute of Design in Milan. The designer launched her eponymous footwear line in August 2018, approximately one year after departing from her role as co-founder and creative director of luxury footwear label Oscar Tiye, which she founded a decade ago.

Muaddi’s eponymous label’s distinct pumps, sling-backs, mules, boots and sandals in an array of vibrant colors and holographic designs have since garnered a loyal checklist of famous fans, including Dua Lipa, Gigi Hadid, Kylie Jenner, and Hailey Bieber, to name but a few. 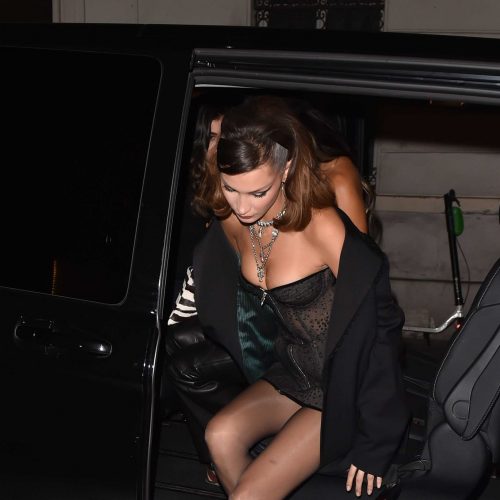 Dora Teymur is the Designer Behind Bella Hadid’s Badass Heels