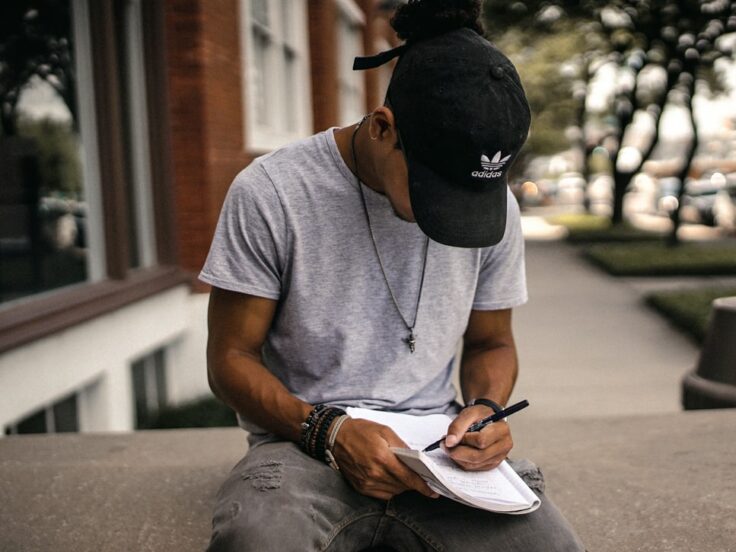 5 Young Arabs On The Reality of Studying Abroad

Between the loneliness, racism and othering

University is often deemed to be “the best time of your life”. A chapter of self-discovery, fun and freedom. But for young Arabs, the experience can be more complicated and daunting.

With rising tuition fees and unemployment, many students are increasingly struggling with anxiety. According to a 2018 survey, 43 per cent of students have reported that they were often or always worried.

For students of marginalised communities leaving home to study abroad for the first time, the reality is even tougher. The Independent revealed that racist incidents on campus increased by 60 per cent between 2016 and 2018 – and although the number is alarming, universities are still failing to address the pressing issue.

In the midst of a new semester, we caught up with five young Arab students (and recent graduates) to find out how university shaped their identity and how they coped with racism.

Salim, 30, Moroccan
“After a pretty successful academic stint at home I decided to take the leap and move to the US to get another degree. The fact that I had earned a green card from the lottery a few years before made it easier for me to get there. The fact that I had a tough research project and an advisor who was extremely nice but not always present (due to multiple circumstances), left me feeling lost and lonely a lot of times. I think it gave me some sort of an impostor syndrome, thinking I was a scam and not smart enough and that maybe I should just go back home or that I don’t deserve the scholarship that I got. It made me very insecure. I generally try to not think about racism in this situation because it really brings me down. I experienced it myself when I was looking for an advisor and one of the professors talked down to me like I didn’t have any real degrees. Later on, I learned by other people that he was thinking I just enrolled in school to get a visa and stay. Luckily, I had supportive friends. Most of them were international students that had struggles similar to mine. That helped me push through. The university also had a program to help students navigate anxiety and the stress of school but I never did it and I probably should have.”

Yasmeen, 23, Kuwaiti
“Because I grew up spending my summers in Los Angeles, I thought studying in LA would be a great idea. But it was not what I expected at all. It was not racism, just ignorance and a lack of knowledge. I felt extremely lonely. It affected me in a good way rather than bad though. It was tough to be alone but I got to grow and get to know myself – and what I want and like in life. I grew up having tons of friends and moving to LA was the complete opposite. I recently moved to New York, which is exactly what I expected it to be, if not even better. It’s bringing out my true self and is allowing me to express myself in ways I couldn’t when I was in LA. Whenever a city brings out the kid in me, that’s when I know I’m in the right headspace and environment. Also where I go here helps me not experince racism. I attend events that usually have a mixed crowd. I do not feel lonely at all here and definitely more vocal about help if I need it. But all in all I do enjoy living abroad more because of the lifestyle. I prefer it to back home. I really appreciate it when people mind their business and middle eastern people often have trouble doing that”

Balkis, 20, Tunisian
“I moved to Paris to study. My first semester was about constantly going out and I failed that semester. However I nailed the second one. But one thing I remember is telling a dude that I came from Tunisia and he answered, “oh you came here to drop a bomb/terrorist attack”, and I replied “the only bomb here is me” because in French being a bomb means being hot. I also had a group of friends who I constantly had to prove myself to, prove that I was worth living here (my dad lived in France for 30 years, that’s how I became French).  I had a few difficulties here, like dealing with who I am. Am I really Tunisian, am I French? Where do I belong? But now I understood that I am more than just a country or nationality. Being in France also helped me achieve my dream of becoming a journalist, intern at great magazines and travel for work.  I grew even more ambitious in Paris, I was too scared in Tunisia, as there is not that many opportunities.”

Lana, 22, Lebanese
“I think you only realise what it really means to feel different the moment you travel alone from the Middle East to study abroad. My entire life I lived in a bubble and turned towards what made me feel safe. Although my parents are supporting me financially and I’m never truly “isolated”, it felt weird hearing people constantly ask me about my identity, feel othered and even overlooked sometimes. But this has helped me learn more about where I come from, embrace my culture and my story, and I am so happy to engage in that conversation. Being a young Arab is still somehow foreign to many and I want to change that.”

Samy, 24, Tunisian
“Moving to a European city to study is very common among Arab youth, what they sell us is the experience, the freedom and the quality of the education but what they definitely don’t tell us it’s the dark side of experience, the isolation, the struggle to build a new life and the discrimination. When I got to Paris, I had to throw all of what I had already built and start everything anew (new landmarks, new friends and especially a new view on things and that was really frustrating). I remember taking the metro on a cold day going back to my apartment and I shed a tear because I wanted to go home to someone who would open the door, hug me, give me a bowl of hot soup and tell me that everything was going to be ok. I never got rid of that feeling of homesickness. My soul belongs to my homeland but my body is stuck here temporarily. France is also not the safest place for immigrants and expatriates (Muslim Arabs) it really makes things more difficult. When you have white French friends and you hang out with them you’re directly treated as white washed by your community, and when you build strong bounds with people from your community you’re directly called communitarian.  And on top of it all – I am often called “bledard” (a pejorative term which means non-assimilated Arabs). And this is by people from my own community.”