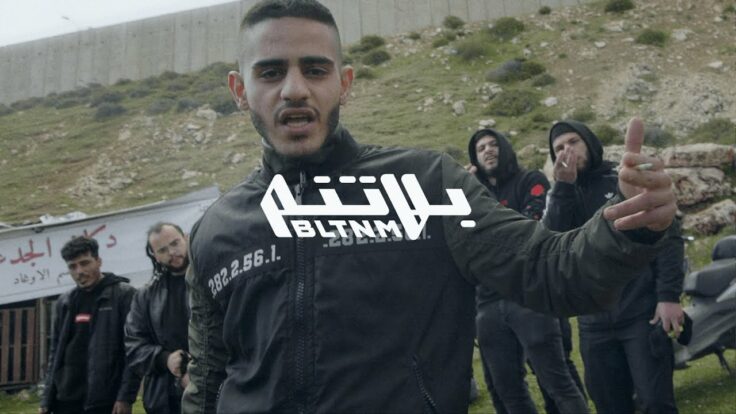 Palestinians break down what the song means to them

Only a handful of artists can claim to have an impact as powerful as Shabjdeed and Daboor have had over the past few months Fewer manage to create and embody an authentic sound and aura through time whilst remaining truly genuine to their art and craft.

Showcasing the abundance of creative and musical talent visible from within the tormented and embattled parcel of land, the duo’s track, entitled Inn Ann, became the anthem of the recent (and ongoing) outbreak of violence initiated in Jerusalem’s deeply scarred quarter of Sheikh Jarrah and that spread across the almost entirety of the Occupied Palestinian territories.

Highlighting the violence of the occupation through music, both BLTNM members have, intentionally or not, rallied thousands around the track generating almost 20 million views on the song’s video alone.

Expressive, inciting and very heavy in political weight, we asked 5 Palestinian’s what Inn Ann meant to them.

What resonated most with me is the braggadocious attitude of Daboor and Shabjdeed through both the lyrics and visuals. From the lyrics standpoint, the song is less about the struggle associated with being a Palestinian in the occupied territories, Gaza or the West Bank and instead represents the pride and standoffish attitude of the younger generation. If anything, it’s more akin to what we typically hear on a drill track from the UK or US.

From a visuals perspective, to have filmed the video in front of the occupation wall is very powerful. It shows that although we are under occupation,  we are still here creating and building – Al-Gad3an are here to stay. Now I think it went viral because it coincided with what we are now seeing and experiencing as the rise of the new generation’s voice. This young generation who grew up with the tales from their parents or grandparents, now want to speak up against the injustice. The track reflects the pride of young Palestinians, whether they live in or outside of Palestine. We are proud of our heritage and of our beliefs and attitudes.

The video mimics a lot of what we see in western rap, in the sense that it’s the gang/mandem/clique and if you put it side by side with Praise da Lord by A$AP Rocky as an example, it could probably fit perfectly. So we are drawn to what we already know and understand and in a sense are proud to see Arab rap leap into the mainstream. Interestingly, if you go into YouTube you can actually find Americans reacting to this track online. People who have no visible associations to Palestine, let alone the Middle East are finding this track and liking it!

Shabjdeed and BLTNM have always been a favourite since they started producing music, I find them exactly in what Palestinian art needs right now. Hearing In Ann for the first time, I was way more amazed even though I find all of their songs super creative and powerful. This song was a reminder to all Palestinians. Especially as it was released in a very sensitive time in the Palestine-war in Gaza and everything that has been going on. This song became a symbol of revolution and resistance. It’s not just about the rhythm/music nor Daboor releasing new music, but the lyrics, it gives the Palestinians what they need, it speaks on their behalf. This song belongs to the people. All people. BLTNM made sure that our voices are being heard. They’re serving us the whole full package. They dress, talk and act like true Palestinians. They show the real picture and they’re not afraid of it.

As much as I would like to deny it (for many reasons), this song really became some kind of social phenomenon. I saw the first line tattooed on people’s skin, all over the internet, on videos from rockets in Gaza to a small kid running into an occupation soldier. In three months, I heard it myself in streets of two different countries – it’s designed to be commercially appealing although at the end of the day I think the reason why it’s everywhere is because it speaks to a feeling that most Palestinians are sharing. It felt honest, it reminded people of what they are going through and that they are strong. The visuals really can be seen in any Wast El Balad in the region and the track itself is catchy and balanced between commercial and “street” or “mokhayam” style. So yes the diaspora will love it, neighbouring countries will love it, and so did locals. It came out at a time where people really needed to feel connected and united.

Both artists are the most prominent and raw rappers I have seen coming out of Palestine. They are not fake, no bling bling and add no extra spices to their style which gives a true representation of the real “us” and it luckily and sadly humanised us in the face of the West after it went viral . They portrayed the typical Jerusalemite or Palestinian youth. I felt it had given our identity a song – it has become our national anthem and the anthem of the people. Not the anthem of the Palestinian Authority. I feel like finally this work of rap is ours and represents us as truly as we are. The difference between what I have seen in this work of art unlike any other rap song is that it is not influenced by the West. Another thing is that it doesn’t portray the occupation which made it so special it portrays us, even in the visuals you can see.

Honestly I first heard it on all the Tiktok videos of Palestinian’s on Instagram. Watching them throwing rocks at tanks, slingshots and tear gas at the occupation. It was already a very emotional and distressing time and this song fed into the anger we have all been feeling since we were born. Anger at the apartheid regime imposed on the Palestinian people and the deafening silence of the world. Anger at the dehumanization faced by our people on a daily basis and the world’s lack of recognition, and of course, at all the traitors of the Arab world.

This track made me feel more hopeful than I’ve felt in a long time. The words made me feel closer to my fellow Palestinian brothers and sisters living there which is something very special for us in the diaspora. Even in Daboor and Shabjdeed’s accents and their use of Palestinian slang, which I had not really heard before, made it unique. Especially with the amazing production and mixing being done by a good and talented friend of mine: Zai’. I remember going to a protest in Amman with him; we were listening to the song in the car on the way and that’s when he told me he worked on it as well which was really cool. We showed up at the protest even more energized and united.

The lyrics resonated more than ever with us all during the events. It mentioned everything we were feeling; as much as one would consider it an “angry” track, it is of course, but it also expresses love, brotherhood, defiance, and patience, although, there was and still is a lot of pain because of what the occupiers have done and carry on to do to Gaza, Silwan, Sheikh Jarrah, Bisan, Lydd, Yaffa, etc.

I believe they became ambassadors of the Palestinian youth, globally, because they created music that expressed all of our feelings in the intensity we are feeling them, nothing being muted. Music has always been part of our resistance. They expressed a face of our resistance that wasn’t given much attention before and that the entire world has to stare in the face now. I’m proud of them and I thank them for delivering such a powerful track that makes me feel calm in many ways.