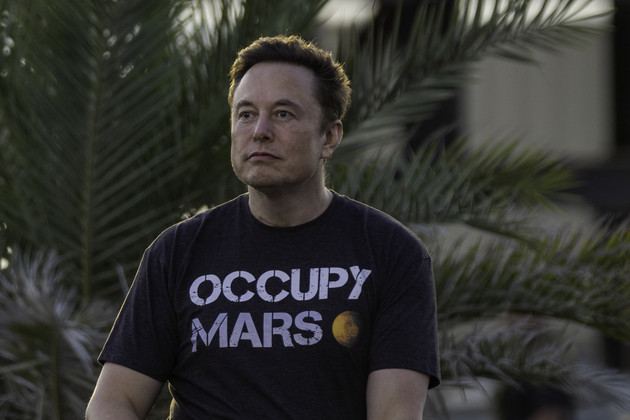 Someone stop this man!

A couple of months ago, we investigated how Instagram was quickly turning into a TikTok wannabe with its rigged, or should we say unwanted, popularity algorithm, the flooding of sponsored posts on our feeds, and how invisible the accounts we consciously decided to follow have become. The photo-sharing app clearly wasn’t doing well, nor was it making the cut anymore, with most users slowly migrating to Twitter as an alternative.

Several weeks later though, it seems as if the bird app is following the same path, only this time bearing more consequences and impact on its once-loyal users than Instagram ever had. In case you missed some of this week’s top news, after months of back and forth, Tesla CEO, more notoriously known for his trolling on the internet, Elon Musk is now the owner and newly appointed chief executive of Twitter. Up until now, the American businessman was already the largest shareholder of the company, having officially taken over the social media platform in its entirety as as of Oct. 27 at a hefty price tag of $44 billion.

Now, whether that’s a smart move from a financial point of view, I don’t really know— it’s not my wallet nor is it my business. However, what I, like probably most Twitter aficionados, do care about is how our user-experience will change and be altered in the times to come— and it’s already begun.

Initially, Musk’s takeover was thought of as another joke we’re used to seeing him lay out on his account. Asking his own followers whether he should ink a deal to buy Twitter out via a poll on the website, the Pretoria-born investor eventually decided to walk the talk and put an end to the months of drama surrounding his now-finalized purchase, hailing himself, in a very Napoleonesque way, as the “Chief Twit,” according to his new Twitter bio.

Business-wise, Musk may be as responsible an owner of Twitter as anyone— he has a track record to prove it (PayPal, Tesla, etc.) — but the self-appointed civilizing mission the Tesla owner thinks he’s on raises a lot of red flags, and it seems inevitable that he will allow more abuse in his quest to single-handedly “save free speech.”

In a recent tweet posted by Musk following his acquisition, the richest man on earth revealed wanting to “help humanity” and for “civilization to have a town square, where a wide range of beliefs can be debated in a healthy manner.” The self-proclaimed advocate of free speech absolutism wishes to lift all existing restrictions, bans, and rules regarding what can be tweeted in order to build an irreprehensible space for everyone to express whatever opinion they may have in mind, regardless of how offensive or problematic they might be. But as The Atlantic or Bloomberg have reported in the past, this narrative only seems convenient when in line with his bias and the examples of that are overly abundant. Remember how he wanted to review articles about SpaceX before they were to be published? That enough speaks volumes as to how selective and impartial he is on that given matter.

I was once invited to visit SpaceX’s facility on Kwajalein. Following interviews, I was told @elonmusk had to review all articles prior to publication. I explained journalism doesn’t work that way. His current tweets come as no surprise.

As you could have probably imagined, since his tumultuous takeover, the 51-year-old has already implemented his everyone-deserves-to-be-heard stance onto the platform by also becoming the sole member on Twitter’s board, becoming the website’s only director, after firing the rest of the team less than 24-hours after stepping in— so much for someone who believes in the plurality of opinions.

Since the change of ownership, the Network Contagion Research Institute revealed that “posts on 4chan encourage (Twitter) users to amplify derogatory slurs” in order to test the social media’s supposed new limits, and since then, the independent American organization claimed to have recorded a surge of 500% of the use of the N-word on Twitter—a very important report, although the findings are bleak, to understand and not underestimate the length of how dangerous Musk’s vision can be. Plus, call us cheap if you want, but no one is trying to pay for a Twitter verification badge at all: it’s just not happening.

Evidence suggests that bad actors are trying to test the limits on @Twitter. Several posts on 4chan encourage users to amplify derogatory slurs.

For example, over the last 12 hours, the use of the n-word has increased nearly 500% from the previous average. pic.twitter.com/mEqziaWuMF

So, yes, Musk is technically the first African-American owner of such a global business… just not the one we wanted. 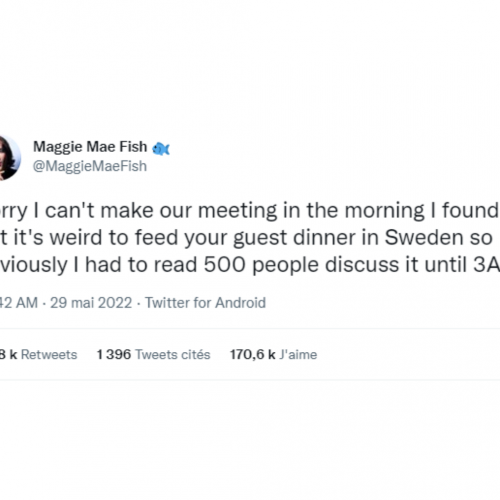 Do Swedish Parents Really Not Feed Their Children’s Friends Dinner?