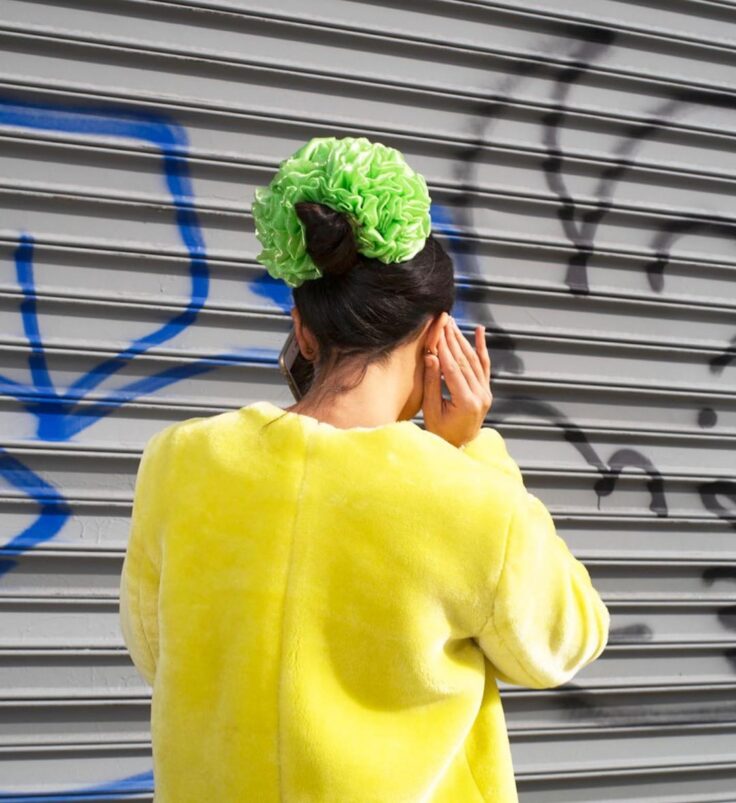 Few Emirati artists have made an impressionable mark in the global art scene, but Farah Al Qasimi is proving it possible.

Qasimi’s work has made its way from her native city, Abu Dhabi, to Memphis, Paris and New York City, where her first solo More Good News was held at the Helena Anrather gallery in 2018.  Now, Qasimi is due to hold her first institutional solo, presented by the Public Art Fund.

Curated by the Public Art Fund’s assistant curator, Katerina Stathopoulou (whose curatorial credits include Being Modern: MoMA in Paris, and Walid Raad at MoMA), Qasimi’s exhibit is entitled Back and Forth Disco, and explores the concept of camouflage, with an underlying a mission to uncover the realities of various environments the artist lives within.

Whilst her last piece of work, a film she called Um Al Naar  (‘Mother of Fire’ in English), Qasimi placed her focus on the UAE, this time she has her sights set on NYC.

For Um Al Naar, Al Qasimi examined European influences on the UAE, setting the 40-minute film during the centuries of Portuguese and British colonial rule in Ras Al Khaimah. The horror-comedy sees a jinn (played by an actor covered in a colourful flower-printed sheet) performing a reality TV-style monologue that touches on societal issues.

For Back and Forth Disco, Qasimi has created a new series of photographs said to “isolate and highlight the beauty of ephemeral moments amidst New York City”, with the goal of breaking the barriers that leave the city categorised as individualistic, or anonymous.

“Working variously in bronze, stone, steel or photography, each of these five remarkable artists has developed a highly distinctive and compelling artistic language through which to articulate a striking personal vision,” says Public Art Fund Director and Chief Curator Nicholas Baume.

“Some works will ignite conversations around timely issues like mass incarceration or collective action, while others poetically re-imagine urban infrastructure. All represent major career milestones, whether as an artist’s first public art commission or the culmination of a long and celebrated career.”