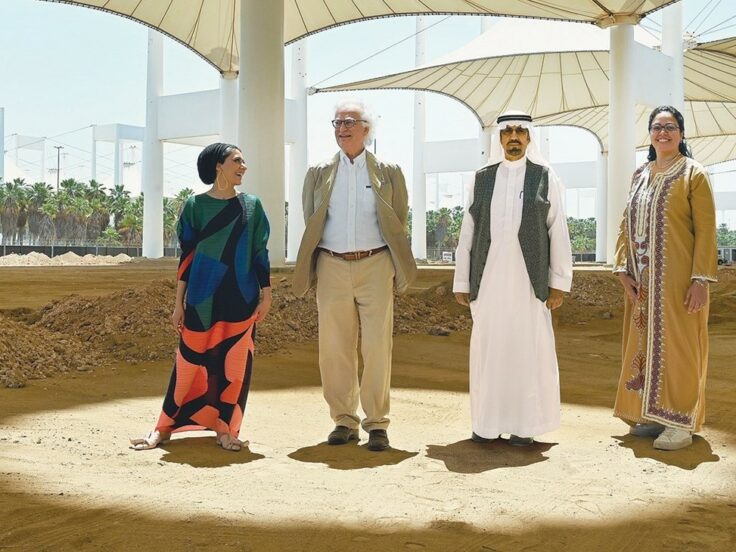 Almost a year after Saudi Arabia played host to its first cultural biennale, the Diriyah Contemporary Art Biennale, which kicked off in Riyadh last December, the Gulf country is set to repeat the experience as The Diriyah Biennale Foundation is gearing up for the inaugural Islamic Arts Biennale held under the theme “Awwal Bayt.”

The event, which was initially scheduled to take place in Riyadh, will get underway from January 23 to April 23, 2023, at the historic Hajj Terminal at the King Abdulaziz International Airport in Jeddah, an iconic venue designed by Skidmore, Owings & Merrill in 1981 and received the prestigious Aga Khan Award for Architecture two years later.

“Awwal Bayt,” which translates to “first house” in Arabic, originally appeared in the Quran and refers to the Ka’bah in Makkah, Islam’s holiest mosque, and the direction towards which all Muslims aim their five daily prayers. In layman’s terms, the subject matter of the inaugural event aims to examine how the sacred site, as well as the Prophet’s Mosque in Madinah, inspire Muslims worldwide on a cultural and spiritual level to create a sense of belonging.

“The theme of Awwal Bayt invites contemplation of belonging,” said curator Sumayya Vally. “As curators, we are excited by the opportunity to create a temporary home, an entirely new physical setting in this context of the Muslim pilgrim’s journey, in which to invite artists and audiences to reflect on ritual, the sacred, the personal and the communal.”

Pieces on display will range from contemporary creations to historical objects. Meanwhile, ancient artefacts originally housed in the Prophet’s Mosque in Madinah and the Masjid al-Haram in Makkah will also be on display for the first time during the three-month-long event.

An international team of curators was called up in order to put the event together. Hailing from the Arab world and beyond, the meeting of art and culture will draw on some of the industry’s most recognised names including Saudi scholar and archaeologist Saad Alrashid; Omniya Abdel Barr, Barakat Trust Fellow at the Victoria and Albert Museum in London; Julian Raby, Director Emeritus of the National Museum of Asian Art at the Smithsonian Institution in Washington DC; and Summaya Vally, co-founder of Counterspace, an experimental architecture and research company.

Can’t Make It to Saudi Arabia for National Day? Catch the Action on the Metaverse

Is Saudi Arabia the Next Global Gaming Hub?