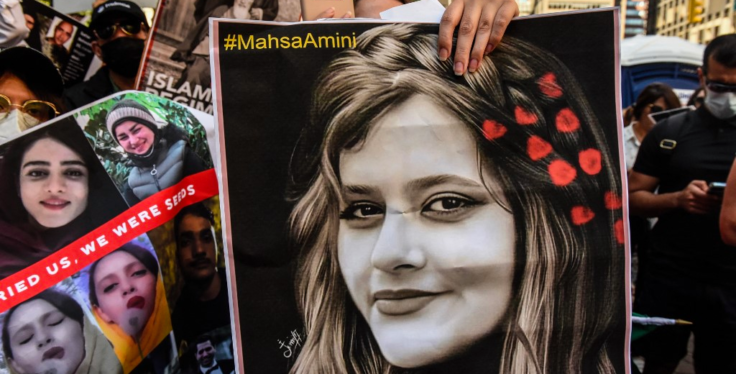 “Our Problem Is Bigger Than the Hijab”: A First-Hand Account of What’s Happening in Iran Right Now

Iranian women are burning their hijabs in the biggest demonstration involving liberal Iranians in over a decade while the world watches. The demonstrations were sparked by the death of Mahsa Amini, a 22 year-old from Iranian Kurdistan, who was detained from her brother’s car last week, whilst visiting family in the country’s capital, Tehran.

Amini’s family say that officers of the “morality police” (or Guidance Patrol) beat her in a police van after her arrest, citing eyewitnesses that support the claim. Her brother was informed by officers that she would return in one hour after a religious “briefing class.” Instead, she was then taken to Kasra Hospital, in northern Tehran, where she remained in a coma until Sept. 16, when she passed away

Over the past few days the SWANA region and the rest of the international community have seen videos emerging of protests, attacks on both Iranian security forces, and demonstrations on the streets of the country’s capital.

“They send some disruptors between the protestors, and they pepper spray the faces of any man or woman around them. I saw this with my own eyes,” said H.H, an Iranian female speaking to MILLE  anonymously from her home in Tehran.

“All of the protesters are part of the liberal youth,” she further commented adding, “the media depicts the youth as vandals, but they just want justice.”

Her comments contrast the Iranian state media who portray an us vs. them mentality. The event is being co-opted as an attack on Islam— if you’re protesting then you’re against religion. Not only does this notion alienate the Iranian youth, but it also weaponizes religious themes.

“Mahsa’s story is sad, but it’s unfortunately one of many,” said H.H. The millennial youth of Iran have grown up with 15 years of international sanctions, state-backed media, and repetitive quashing of open liberalism. This point is reinforced by the recent case against Sepideh Rashnoo, an Iranian female who was accused of opposing the state laws, again related to the way she dressed. She was publicly accosted by women who then later informed the Guidance Patrol. She was later arrested and beaten, and made to publicly apologize on live television. “Our problem is bigger than the hijab,” H.H. concluded.

“In Iran, women don’t have custody over their children, we can’t divorce without the husband’s permission, even to have surgery we need male permission. The state narrative is that this is the law of religion, but most young women view this as abuse,” said H.H. “The only thing we don’t need male permission for is childbirth,” she added.

As for if H.H. would be joining the people on the streets today, she admits that she’s too afraid to leave the house. “There are rumors of students being arrested at universities… All social media has been filtered. We can still get notifications, but the messages are blank. We need free Internet to show our situation to other countries.”

When asked what the world can do to help, H.H replied: ”I just want people to understand us and support us. We don’t have any support inside the country. They don’t have mercy.”