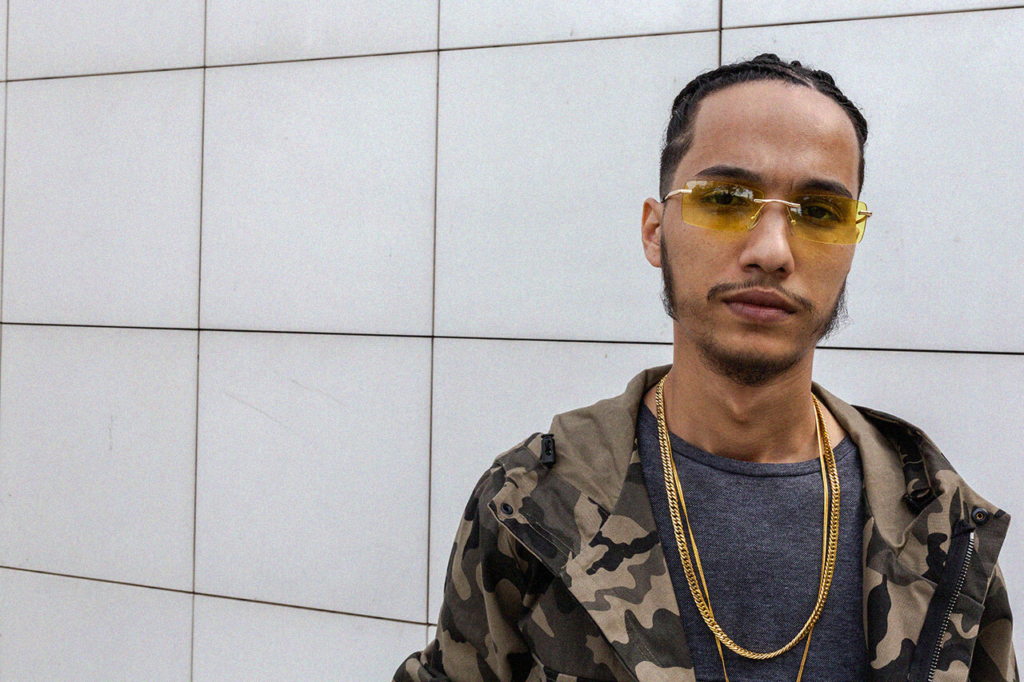 From Rights to Royalties: Small X Goes In On Morocco’s Sonic Industry

Everything he had to say right here

For those familiar with the world of Arab rap, the name Small X will probably ring a bell. Unanimously recognized as one of the first surfers riding the new sonic wave beaming through his native Morocco’s sound systems, the pioneering, now recently solo rapper, has, and still is, actively carving out the industry we today call as such, one release at a time.

Back in 2017, the ex-Shayfeen member first saw his music go viral, establishing itself as one of the youth’s favorite genres. Culminating with the release of an EP, titled Naar after the record label of the same name,  the 31-year-old artist built on his previous experiences and encounters with success to help upcoming talents develop in an environment that is not only favorable but that also aptly rewards creative productions.

That’s been the main focus of his last public appearances, including at Hassan Hajjaj and Oasis Festival’s panel talk alongside some of his peers earlier this month. Fueled by the insatiable desire to build a better turf for his fellow industry insiders to thrive in, Small X is determined to be the catalyzing piece that will change Morocco’s sonic fate.

Acknowledging most of the scene’s structural issues and institutionalized flaws, we met the B&M singer before his show at The Mbari House earlier this month to explore the health of Moroccan hip-hop, struggles with the music industry’s institutions, and his hopes for the future. And according to Small X, it all starts by being aware of the position you are in and giving back to those that are trying to cement their names alongside those that came before them.

“I try to support up-and-coming rappers as much as I can because at the end of the day it’s a loop. Some of these guys will eventually be the top boys of their generation and will have to do the same with the up-and-comers of their times,” the rapper said in conversation with Mille. “There’s a whole lot of artists working day in and out to make it, and it’s our responsibility, as those who are already part of the scene, to show them how to treat the culture properly. We’re trying to pave a better way for them by fighting for our rights, royalties, and ownership so that this youth doesn’t get ripped off the same way we did,” he added.

Rights and royalties are a major issue reverberating through Morocco’s music industry. The sizeable numbers generated by artists don’t translate into substantial financial gain, which as you can imagine, consequentially hinders the scene more than anything else. On that matter, our guest for the day had loads to get off his chest as he proved to be very keen on sharing his two cents on the unbalanced situation him and his contemporaries are in.

“There’s no industry here to be honest. We’re the ones that are building it as we navigate through it. Why? Because there’s a problem with rights and it’s only now that we’re focusing on taking back what we’re rightfully owed. As of right now, we’re being stolen. The only people that value our craft and its rights are streaming platforms like Spotify, Deezer, or YouTube — basically companies that have no national or continental control. They’re the only ones as of right now that respect us properly,” he revealed.

“We’re generating millions in revenue but barely getting a penny back. The people that are being promoted are artists that no one has heard of in years. It’s the people that you hear in cafés, bars, and clubs like us that should be put forward — not the other way around,” he added.

“The only thing that is making people think there’s a scene in Morocco is the love that artists have for what they do. We work in silence, in the dark, and do everything from A to Z— we’re self-sufficient,” said the Maalish hitmaker.

“We went through long periods working for the love of our work without making any revenue. Add to that the fact that Morocco is a country that is full of culture, from an artistic perspective, we have no one to shy away from. Go from one end of town to another, and you’ll be able to hear completely different sounds, let alone from one end of the country to the other. That’s why the Moroccan scene is so creatively rich. It’s influenced by the stuff we’ve been listening to since kids but remodeled. I don’t think there’s many in the region that can compete with us.”

Full of conviction and energy to change things for the better, Small X is unarguably one of the architects of a scene that is, yes, still struggling to be a viable way for artists to live off— but also one that is putting Morocco on the map. Either way, with him around, the future of Moroccan sound is only looking brighter.