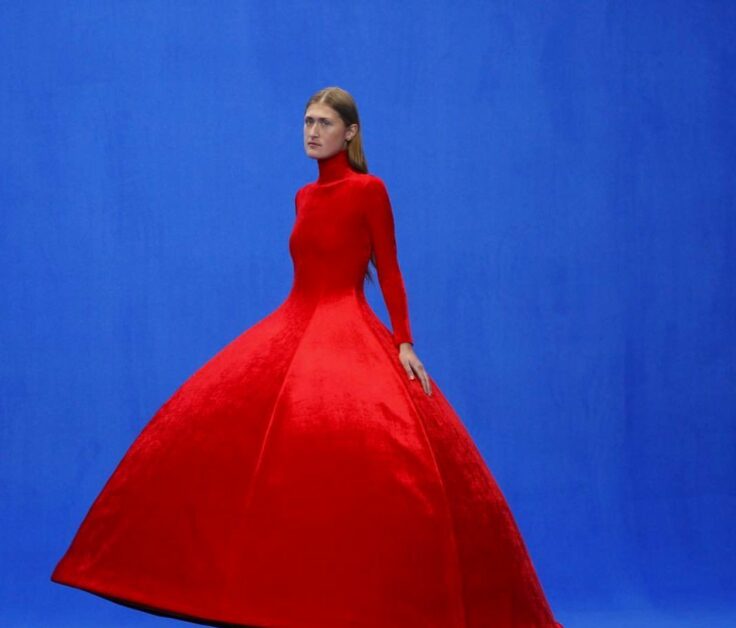 From Balenciaga to Cardi B, this is everything you missed

All eyes are on Paris at the moment, and this fashion week has been nothing short of exciting, and we’re not just talking about Cardi B going incognito in head-to-toe Richard Quinn.

From Rick Owens sending a message to the Trump administration and Issey Miyeke’s floating dresses, a lot went down this season, and we’ve rounded up all the major highlights for you.

Rick Owens dives into his Mexican heritage for the first time

Owens isn’t particularly known for his politics, but the designer didn’t shy away from touching on the US’s immigration policies with his new collection, inspired by his mother who hails from Mexico. “I never really explored my Mexican-ness but the debate over a border wall made me more conscious of who I would be separated from,” he said in a statement after the show.

Newly-appointed designer Satoshi Kondo sent models in nude dresses down the runway before a number of colourful dresses floated from the ceiling and slid onto the model’s bodies.

The seasoned model had teased her appearance on Instagram a few days prior, with an Instagram post commemorating Yves Saint Laurent himself. “Mr. Yves Saint Laurent you believed in me and stood by my side when I needed it most!! Grateful for you and for all the memories we’ve made together over the years” she wrote. A few days later, the model wowed the crowds by closing the show in a sequined version of the house’s Le Smoking suit.

Sustainability is on everyone’s mind these days (and rightfully so), and Dior just put nature front and centre of their show. The fashion house just committed to replant all 164 trees it used during the show.

Off-White show went on without a hitch despite Virgil Abloh’s absence
Speculations that his absence would deter fans from his show proved false, despite the man of the hour being miles away at home in Chicago, the Off-white fashion show went on as planned.

Balenciaga brings IG filters to life on the runway

Everyone’s eyes were on Balenciaga’s models exaggerated cheekbones and lips. The fashion house brought the extreme plastic surgery filters taking over your Instagram feeds to the runway.

French YouTube star Marie S’Infiltre made her way to the runway in the midst of the finale, but it wasn’t long before Gigi Hadid confronted her.