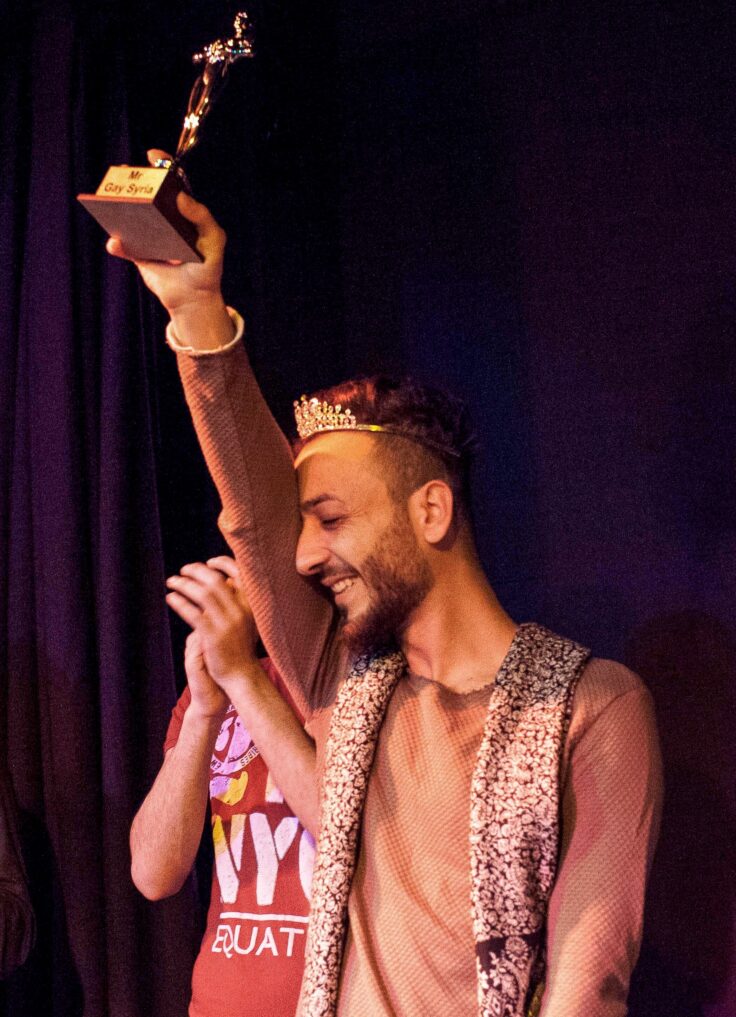 Of the many struggles one faces as a queer Arab, the innate sense of alienation is still a common thread that countless people relate to. And that’s what Kooz Film Festival, is planning to highlight this year.

The three-day festival aims to is shine a light on local, regional, and international films that carry themes near and dear to members of the community, including little-discussed issues surrounding gender, sexual orientation and gender identity.

Taking place in Haifa, KFF proudly stands as a defiant form of Palestinian resistance by fighting against the discrimination that many people face, this time through the lens of Palestine’s queer community.

The films due to be screened during this year’s festival (which is their fourth edition) exemplify a myriad of perspectives of the many ways resistance is shaped. These are all a must-watch for fans of Palestinian films, so even if you’re not attending the festival, do make a note of each film.

First on the roster is ‘Mr. Gay Syria’, directed by Ayse Toprak, the film follows the lives of two Syrian refugees who are trying to rebuild their lives: Hussein, who is an Istanbul refugee who hides his identity from his conservative family, and Mahmoud, who lives in Berlin, where he participates in a beauty contest in an effort to feel more visible.

Short films are also a strong focus during the festival. Teresa Sala’s 2018 documentary ‘This is Not Love’ will be shown, and it’s worth a watch. It explores the story of a disabled woman named Barbara and her relationship with her body.

Jordanian director Hiba Nabulsi’s film ‘Below Sea Level’ is also a standout. With a plotline that explores the burden of toxic friendships, it resonates with any and all of us. Malak Mroueh’s spellbinding short, ‘Divine Rupture’, which tells the story of Maya (who is forced to undergo electroshock therapy when her mother discovers her true identity) is a hard-hitting must-see..

‘Cinema al Fouad’ is the 1994 documentary by Mohamad Soueid which trails the life of a Syrian migrant who was born male, but dreams of undergoing gender transition surgery, then finds herself in love with a Palestinian freedom fighter. It’s as crazy as it sounds, and exemplifies the importance of a festival like Kooz in the community.

Closing the festival is Li Cheng’s ‘Jose’, a film that tells the story of Jose and his relationship with Louis, a migrant from the rural Caribbean coast.

Organised by non-profit organisation, the Aswat Palestinian Feminist Center for Sexual and Gender Freedoms, Kooz Film Festival is part of their Resistance, Art and Social Change program, which has been forging out a safe space for emerging young artists, and Palestinians in particular.