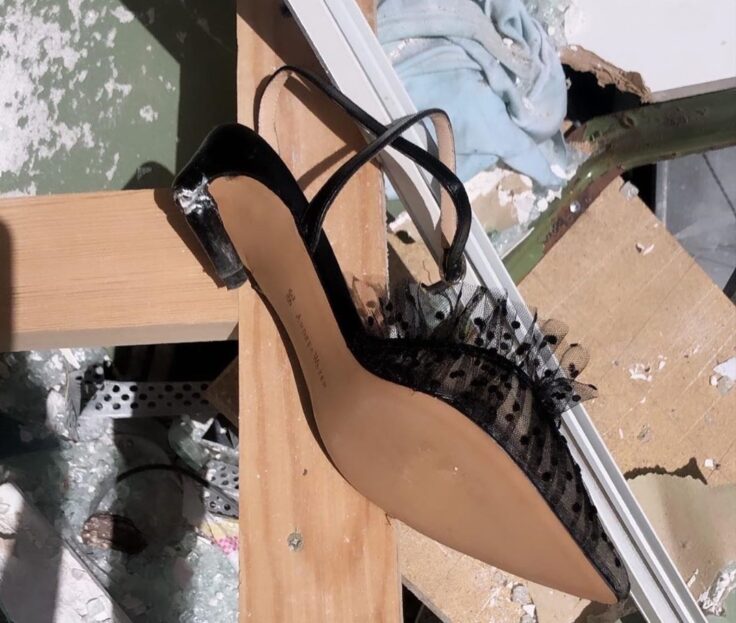 There’s little that the Beirut explosion hasn’t affected. The blast has quite literally destroyed the city, leaving 300,000 people displaced, while buildings—including Lebanon’s biggest cultural institutions—were reduced to piles of debris.

With the explosion having originated in the port, the usually buzzy neighbourhoods of Gemmayzeh and Mar Mikhael (which are hubs for the fashion industry and are close to the port) have been significantly affected.

Both neighbourhoods house many of the city’s restaurants and bars, and have also long been home to the region’s biggest fashion labels, which have all been destroyed. From the Fashion Trust Arabia finalist Roni Helou, to the gender-defying label Boyfriend The Brand, little has been left standing.

With both his home and shop located in Mar Mikhael, Boyfriend The Label’s founder and designer Amine Jreissaty lost everything during the blast. As for Helou, nothing was left after the explosion. Helou’s studio was stood right on the front line, adjacent to the port.

Footwear designer Andrea Wazen was amongst those affected. Like Jreissaty, Wazen’s store was situated in the Mar Mikhael neighbourhood.

“Thanking God every day that my team and family are safe, but can’t help but feel so much with families and friends that have lost their loved ones. Praying to God that we get justice,” Wazen wrote on Instagram, commemorating the lives lost during the explosion.

The list of effected fashion designers is a long one, everyone from Azzi & Osta, Sandra Mansour, Karoline Lang, Sarah’s Bag, Maison Pyramide, Mukhi Sisters, Nada G, Thym, Sara Melki, Jessica K, Yassmin Saleh, to Bureau Des Créateurs has been hit hard by the blast. And there’s no better time than now to support them by shopping their latest collections.