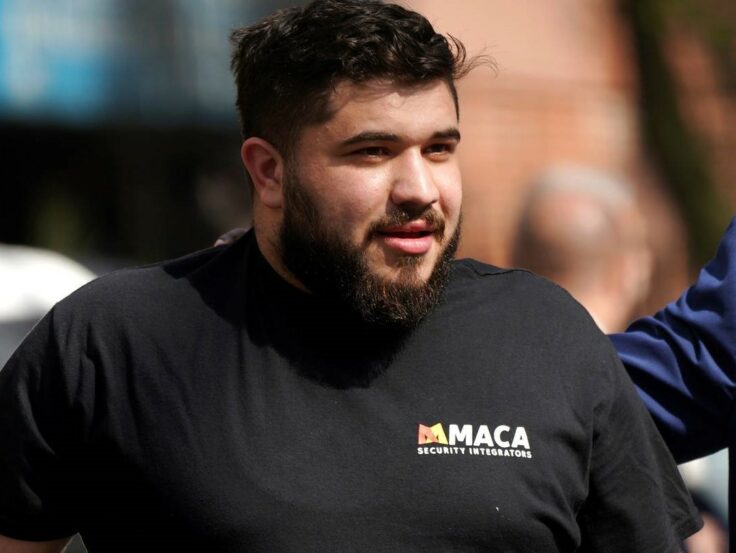 Not all heroes wear capes

On Wednesday, it was reported that a gunman detonated a smoke canister before opening fire in Brooklyn, injuring commuters and sending New Yorkers into untameable panic. After a long megalopolis-wide search, the fugitive was eventually cuffed following tipoffs from an unexpected guardian angel.

It was 21-year-old Zack Tahhan, who was recently dubbed as hero for successfully leading to the arrest of the NYC subway shooter. The Syrian man, who first stepped foot on American soil merely five years ago, had identified a figure matching the description and photos shared by local authorities of primary suspect, Frank James

The Syrian immigrant claimed to have spotted the assailant of the 29 injured on security cameras before reaching out to NYPD to share his location and other relevant information to prompt his capture.  Now seen as the unsung hero of the Big Apple, he won the hearts of thousands following a street-improvised conference. In a clip that captured the impromptu moment, Tahhan describes how he recognised 62-year-old Frank James and contacted the police.

“Maybe people think I am on drugs, but I am not. I am fasting.” — Zack Tahhan wins quote of the year. pic.twitter.com/veaMxCzbCW

“I thought, ‘Oh my God, this is the guy, we need to get him,” he told the handful of journalists surrounding him. “He was walking down the street, I see the car of the police, I said, ‘Yo, this is the guy!’ We catch him, thank God.”

Although crucial in the catch, officials failed to mention Tahhan’s vital help in ensuing police briefings. It now remains unclear whether he’ll be receiving the $50,000 reward promised to anyone effectively assisting authorities in arresting James.

The young man’s story eventually landed on social media and went trending as thousands of users took it to their keyboards to express their gratitude and appreciation to the technician. This inspired an honorific hashtag, #ThankYouZach, as well as a GoFundMe, to be set up to acknowledge Tahhan’s precious help. New York’s state attorney general, Letitia James, also thanked Zach for his brave actions claiming that “All of New York is grateful.”

Thank you for your bravery today, Zack.

All of New York is grateful. https://t.co/YPcU1EQO7p

In the meantime, Frank James, main suspect in the April 12 attack, has been held in custody and has already appeared in a federal court on Thursday where he was denied release on bail. According to CBS reports, the senior citizen could face a life-long sentence if convicted as prosecutors have argued that the strike was premeditated and constituted a clear act of terror.

Magistrate Judge Roanne Mann was on the bench when Frank James, the Brooklyn subway shooter, was arraigned. She’s known for being beyond by-the-book and notoriously tough which explains the “no bail”. I used to hate her … I don’t any more.

“The statute is titled, ‘terrorism and other violent attacks in mass transportation,'” said United States Attorney for the Eastern District of New York, Breon Peace.

Given the utmost serious nature of the assault, if New York has anyone to thank, it definitely is Zach Tahhan.