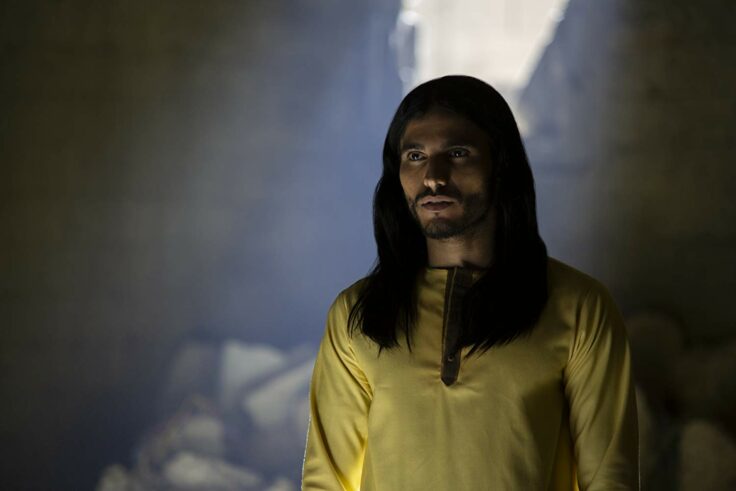 ‘Messiah’ sparks controversy in the region

It’s become increasingly obvious that Jordan isn’t a fan of Netflix (unlike the rest of us). First it was ‘Jinn’ (the streaming giant’s first Arab production) which faced major backlash after its release. Now, it’s Netflix’s newest show, ‘Messiah’.

The Royal Film Commission of Jordan has put a request in for the company to ban the show from streaming in the Kingdom just two days before it was due to launch.

“Having been made aware of its content, the RFC has officially asked the management of Netflix to refrain from streaming it in Jordan,” the commission said in a statement announcing their position. The move comes after the commission agreed for parts of the show to be filmed in the Kingdom in 2018.

‘Messiah’ follows the story of a CIA officer investigating a man who gains a cult following across the globe after claiming to be a divine entity. He’s referred to Al-Masih. “Messiah is a work of fiction,” Netflix said in a statement to Deadline. “It is not based on any one character, figure or religion,” they confirmed.

Despite the show being described as fictional by the streaming giant, it was quickly embroiled in controversy. Some people declared the show blasphemous, particularly due to the plot’s similarity to Muslim beliefs on the coming of Dajjal.

“Creators have a very basic understanding of the relevant religious & cultural considerations, Dajjal, Anti-Christ, Mehdi or Al-Masih, the depiction is just mediocre, stereotyping of Muslims,” said one Twitter user.

Of course, other users defended the show.

Half way through #Messiah, but still I haven't found anything blasphemous against Islam or any other religion for that matter. Its seems like a well-put commnetay on the geopolitics and mainly CIA-led American politics #MessiahNetflix

It has also been at the receiving hands of praise due its binge-ability.

Did I just spend 10 hours straight watching #MessiahNetflix ? Yes I did! And you should too

As for the commission, they acknowledge the show as a fictional entity, but their concern lies with the legality of the show as blasphemy is considered a crime in Jordan. “The RFC deems that the content of the series could be largely perceived or interpreted as infringing on the sanctity of religion, thus possibly contravening the laws in the country.”

And if you’re wondering why they approved filming in the Kingdom to begin with, the commission claims they reviewed synopses for the series, according to Deadline.