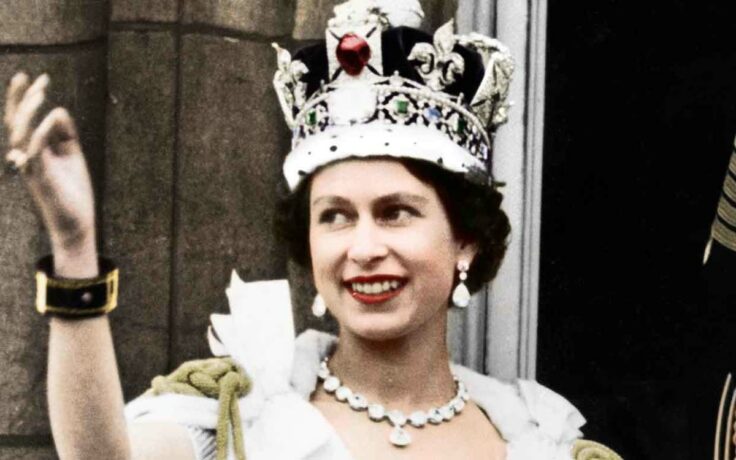 In memory of Queen Elizabeth… and Britian’s colonial past

Queen Elizabeth II passed away peacefully at Balmoral at the age of 96 on Sept. 8. Her Majesty was the longest-reigning monarch in history, serving as the Queen of Great Britain and the Commonwealth for 70-years since she ascended the throne at the age of 25 in 1952. Shortly after her death, her eldest son, and first in line to the throne, Charles III, automatically became the King of England.

Whether you’re a royalist or not, Queen Elizabeth’s death marks the end of an era. While her longstanding reign was marked by great commitment and unwavering devotion to her country, we would be remiss to gloss over the monarchy’s bloody and colonial past. Like all monarchs, she was both an individual and an institution.The truth is, these two statements can exist simultaneously: The Queen was a gracious and dutiful leader as well as a devoted wife, mother, and grandmother and the Queen’s reign was tainted by a brutal colonialist and genocidal past.

Throughout history, only 22 countries have never been invaded by Britain. From Yemen and Pakistan to Jamaica and the Caribbean, the British army, raped, plundered, and massacred innocent people in the Middle East, Africa, and beyond. Between 12 and 29 million Indians died of starvation and $45 trillion in wealth was stolen while it was under the control of the British empire before its dissolution in the 1960s. Meanwhile, the Queen’s predecessor, Elizabeth I, was integral to establishing the British slave trade— In 2018, King Charles (formerly Prince Charles) denounced Britain’s role in the slave trade as an “atrocity.”

These horrifying examples barely scratch the surface of all the brutalities that the most vulnerable endured under the British empire. While a number of these atrocities pre-date Elizabeth’s reign, to this day, the monarchy has remained largely silent on the history of racism in Britain and how the royal family has benefited from colonialism.

Aside from all the wealth and stolen art that rather than being returned to the Indigenous people who were colonized is proudly displayed in British museums instead, many in the UK accuse the monarchy of perpetuating classism as the idea of innate status with birth doesn’t sit right with a majority of young Britons. The fact that the head of state is an inherited birthright also suggests that there will likely never be a person-of-color on the throne and there will likely only ever be a white monarch, meaning that the Royal Family is institutionally racist.

Additionally, the late sovereign’s upcoming funeral and the new King’s subsequent coronation are expected to cost billions of pounds of taxpayer’s money and will take place in the midst of a horrific cost of living crisis in the United Kingdom, where many are unable to afford basic necessities like heating and food.

As the United Kingdom gears up to change its national anthem to “God Save the King” and print new stamps, passports, and bills with King Charles’s face on them, it’s important to remember that while the Queen was revered by millions worldwide, to others, she represented Britain’s colonialist past and institutionally racist and classist present.

As a fixture of stability, naturally, it’s sad to see a familiar face go. Many would argue that now is not the time to begin to address the mass genocide carried out by the Empire. But we would argue that “now is not the time” is simply a cop-out for the difficult conversation that needs to be had. We can mourn Elizabeth II without whitewashing the past actions of the British empire. Hopefully the UK can learn from its past and move forward by rectifying its mistakes and repairing the irrevocable damage caused by colonial Britain— returning the stolen art, precious jewels, and land back to their rightful owners could be a good start.