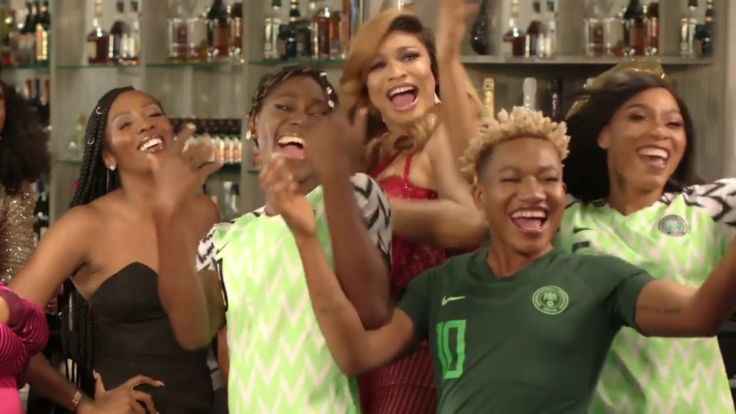 No, they didn’t ban only white models

In an effort to foster and develop its local talent, Nigeria has introduced a new policy that bans the use of foreign models and voice-over actors in adverts. Commencing on October 1, the new policy by The Advertising Regulatory Council Of Nigeria (ARCON) aims to drive inclusive economic growth while promoting the advertising industry in Nigeria.

“All advertisements, advertising, and marketing communications materials targeted or exposed on the Nigerian advertising space are to use only Nigerian models and voice-over artists,” the Council, which announced the ban earlier this week, said in a statement. “Advertisers, advertisement agencies, media houses, advertising community, and the general public are hereby enjoined to take note,” it continued.

The new policy will not affect existing and ongoing advertising campaigns as they will be allowed to continue running until the end of their terms; “However, subsequent applications for revalidation for continued exposure of such materials will not be granted by the Advertising Standards Panel (ASP),” the regulatory body noted in the statement.

Up until now, the West African country has predominantly used British models and voice-over actors in its adverts in the past couple of decades. Britons accounted for half of models and voice-over artists in Nigerian commercials, according to Steve Babaeko, President of the ARCON. Meanwhile, prior to the announcement of the ban, companies had to pay approximately $240 tariff for every foreign model used in an advertising campaign.

In addition to bolstering the country’s local talent, the new policy is a welcome move for several other reasons, including bringing much-needed representation for Black people in the entertainment industry. Europeans and non-POC models get plenty of representation everywhere in the world, and it doesn’t really make sense for them to be promoted in the media of a predominantly homogenous country.

The move will also surely help to redefine existing beauty standards as people, especially young women, will have adequate representation and be exposed to models who look like them in commercials, magazines, and billboards, hopefully infusing a sense of pride among the younger population.