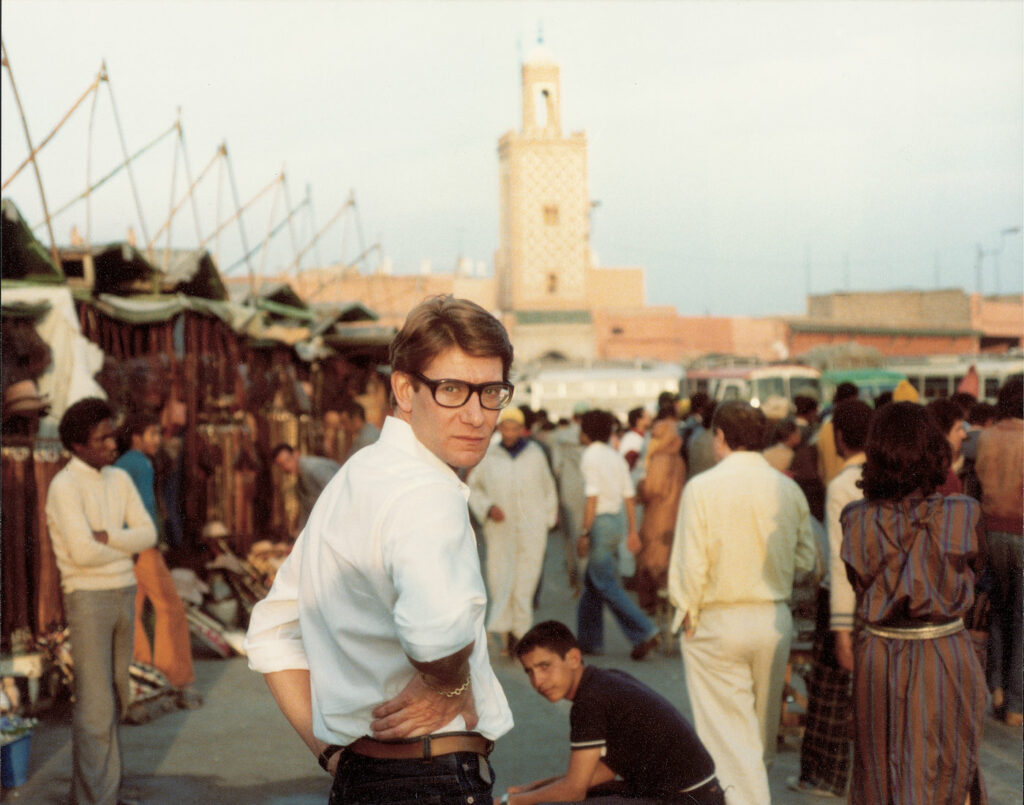 It’s no secret that Morocco was a great source of inspiration to the late Yves Saint Laurent.

The legendary couturier’s love affair with the North African country dates back to the mid-1960s, when he purchased a villa in Marrakesh. “The city opened my eyes to color,” he once famously said.

Two decades later, he would go on to purchase the spectacular Majorelle Gardens to save it from destruction — A mausoleum was built for the designer at the site after his death in 2008. Meanwhile that isn’t the only site dedicated in honor of the famed fashion designer. In 2017, The Musée Yves Saint Laurent Paris was unveiled in Marrakesh.

Indeed, Saint Laurent’s years in Morocco inspired many of his collections and continue to influence the storied house that bears his name.

His longstanding relationship with the Kingdom is the subject of an exhibition underway in Portugal.

Titled “Love,” the five-month-long exhibition is taking place at the Palace of the Dukes of Cadaval in Évora, the capital of Portugal’s enchanting Alentejo region, until October 31.

Divided into three chapters, one section of the exhibition highlights a carefully-curated selection of Saint Laurent’s ready-to-wear designs inspired by Morocco, which there were many, mostly from the 1970s.

Curator Stephan Janson selected 15 garments loaned from the Fondation Pierre Bergé-Yves Saint Laurent in Paris and private collectors to be displayed at the church of São João Evangelista on the palace grounds.

Another section showcases the work of 13 contemporary Moroccan artists, and the last chapter of the exhibition pays tribute to Saint Laurent’s partner Pierre Bergé by highlighting the sculptural dresses of Noureddine Amir, the first Moroccan designer to show his collection as a guest on the Paris haute couture calendar in 2018.

The exhibition coincides with the Saint Laurent spring 2023 menswear collection, which is being presented in Marrakesh on July 15.

It will be the first physical show that Saint Laurent will stage in the North African country, though, in 2020, creative and image director of Saint Laurent Anthony Vaccarello unveiled a 10-minute-long video for the spring 2021 ready-to-wear line that was filmed in Morocco.