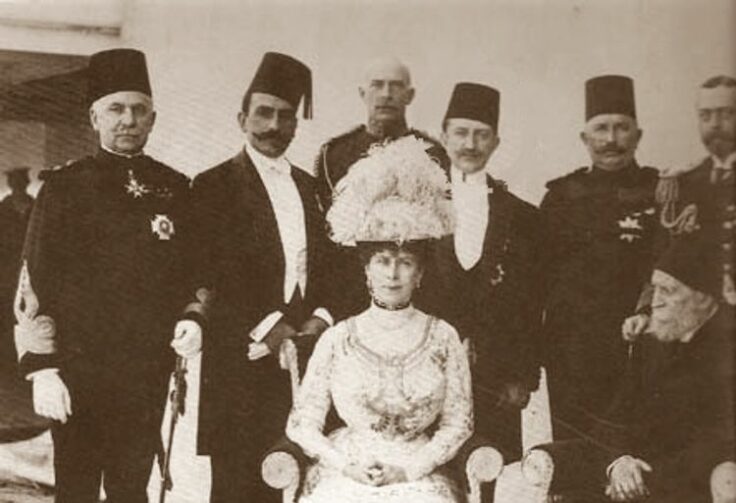 7 Signs You Have Colonial Mentality

How centuries of colonialism has shaped how we see ourselves

The long-lasting impact of colonisation in the region can be felt in everything we do. With much of the Arab world having only been free of colonial rule for short of 60 years, we would be remiss to think that colonial mentality (a term which represents internalized cultural inferiority) hasn’t persisted to this day.

Over the course of history, Britain invaded close to 90 per cent of the world, including most Khaleeji nations as well as Sudan and Egypt. As for North Africa and the Levant, French colonialists dominated the region for the better part of the 19th and 20th century, ending with Algeria gaining its independence in 1962.

And we have been in the process of decolonizing ourselves ever since. With the current conversation about white supremacy dominating headlines across the world, there is no better time to start looking inwards. If you haven’t already explored excellent post-colonial thinkers like Edward Said and Frantz Fanon (among many others), we’ve compiled a shortlist of signs that you might want to start putting in the work.

You avoid getting a tan

Like many places in the world, the Middle East and North Africa both have been colonised. One of the remnants? Colourism. The Arab world has long-been a victim of Eurocentric tropes, one of them being avoidance of the sun in order to avoid getting darker skin, with white skin being viewed as the universal ideal.

America rules most entertainment industries across the world, and Europe’s cultural events are significant on a global scale, but the flat-out rejection of all Arab cultural production is rooted in the homogenization of Arab culture, which facilitates the positioning of ourselves as inferior, ultimately encouraging the rejection of indigenous forms of arts and culture.

Perhaps you speak English due to having been educated in the west, or maybe you learnt simply because of the rise of English as a global language. Either way, there’s no reason to undervalue Arabic—and if you do, it’s probably to do with the fact that colonizers often branded their languages as superior, and even went on to manufacture a local ‘elite’ who were also western educated, perpetuating the inferiority of other languages. Fanon’s the ‘Wretched of the Earth’ goes into great detail about this topic.

You dislike your natural hair and your nose

Again, with colonization came the setting of European features as global beauty ideals. Among them is straight hair and a tiny ski-slope nose. Despite a natural hair movement being sparkedall over the world, keratin and other straightening treatments remain extremely popular in both North Africa and the Middle East – much like the sweet sixteen nose job that continues to prevail.

You find it normal to have Europeans in leadership positions

A tactic of colonisers was to oppress others by making them feel inferior through taking up leadership roles in communities, as well as in all aspects of life. In turn, the colonized began to feel undeserving of their own spaces, which ultimately translates into a fear of speaking out against authority due to feeling inferior. Today, that means that innumerable leadership roles are prioritized and handed to Europeans in the region over Arabs – something that has been universally accepted despite its clear cut colonial overhang.

You suffer from imposter syndrome

In simple terms, imposter syndrome is the feeling that you don’t belong in a new space. This can take on the form of thinking you aren’t intelligent enough, not rich enough or just not ‘worthy’ of success because of your ethnicity or class (which have both historically been used as tools for oppression by colonizers). This also has to do with the fact that most spaces are occupied by white or white-passing people which perpetuates the dominance of white supremacy.

You seek out western validation

Considering we are still living in societies that have only been free of colonial rule for just a few decades, colonial mentality persists. And the mere proximity to western institutions or validation in western social circles is a remnant of fabricated colonial superiority.