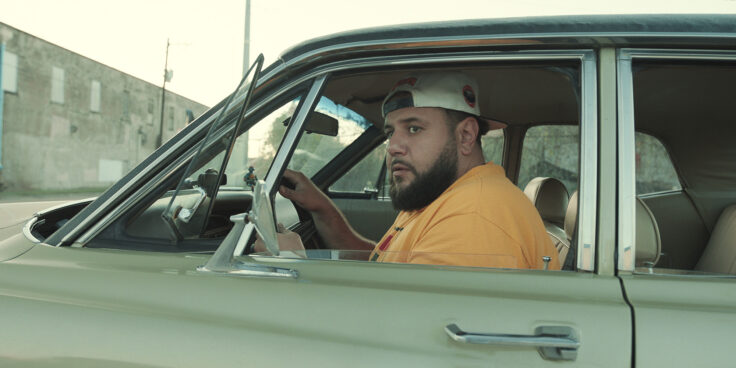 Netflix is set to debut a new series this month that centers around a Palestinian immigrant family. Starring American-Palestinian comedian Mohammed Amer, Mo is set to debut on the streaming platform on August 24, and MILLE has the exclusive first look.

The eight-episode series tells the story of Mo Najjar (Amer), the titular character straddling the line between two cultures, three languages, and a pending asylum request while taking on random side hustles to support his Palestinian family as a refugee on the path to acquiring US citizenship. “Selling merch is the only thing I can do without papers,” he explains in the trailer to an older man who asked him why he needs “to sell that crap” over, you guessed it, a good old game of cards.

Semi-autobiographical, the forthcoming Netflix Original comedy series is inspired by Amer’s own life and will touch on the complicated process of immigrating to a new country, navigating two different cultures, and trying to do right by your family.

Based on the trailer, we can expect plenty of side-stitching moments that touch on the Arab experience and the sometimes comical microaggressions that come with being a Middle Eastern man in America. This is hilariously portrayed in an exchange the titular character has with a cashier who after offering him chocolate hummus, reveals that she didn’t know “hummus was Mexican” when Mo tells her that a chocolate variation of the traditional chickpea-infused dish is an insult to his grandmother.

Amer is credited as a creator and an executive producer on Mo alongside Egyptian-American comedian Ramy Youssef, who is known for co-creating and starring in Hulu’s award-winning series Ramy.

Currently, the standup comedian is best known for his Netflix comedy special Mo Amer: The Vagabond, and his role as one third of the comedy trio Allah Made Me Funny.