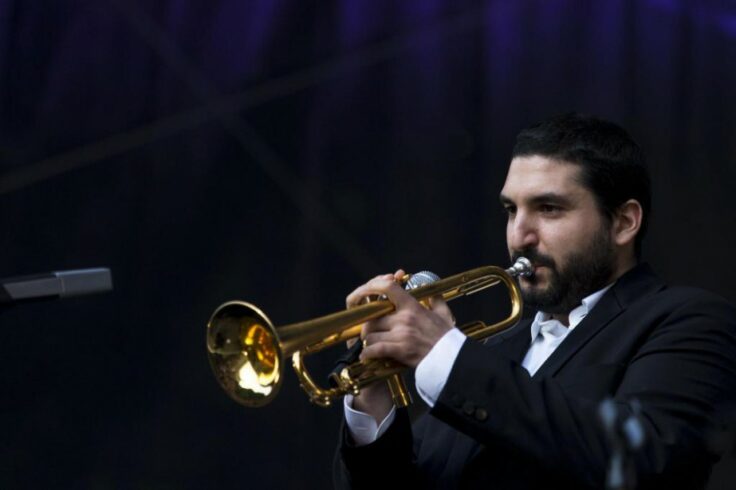 The Grammys—the music industry’s biggest awards show—is once again scheduled to take place at Los Angeles’s Crypto.com Arena on Sunday, Feb. 5. On Tuesday, the nominees for the 65th edition of the event were announced, and it appears that renowned French-Lebanese jazz artist Ibrahim Maalouf will be showing up at the awards ceremony to hopefully take home the Best Global Music Album prize for his joint project with Angélique Kidjo, Queen of Sheba.

The artists are up against Burna Boy; Anoushka Shankar, Metropole Orkest & Jules Buckley Featuring Manu Delago;  Berklee Indian Ensemble; and Masa Takumi. If the duo wins, it would be Maalouf’s first-ever Grammy, though he has accumulated plenty of awards throughout his career, including the Instrumental Revelation of the Year at the French Jazz Music Awards and Best World Music Artist at the French Music Awards in 2014. What’s more, the 40-year-old was awarded Knight of the National Order of Merit, Knight of the Ordre des Arts et des Lettres and was also chosen by UNESCO as an Artist for Peace.

Born in Beirut in 1980, Maalouf decided to pursue a career as a classical soloist after coming in at the top of some of the most important international competitions. In the last 15 years, Maalouf composed, arranged, and produced more than 19 albums for himself and other artists, including Kidjo, who call on the artist to boost their musical projects. Today, he is one of the most popular instrumentalists in the world, filling up arenas worldwide (he became the first jazz musician in history to sell out France’s largest concert hall, the Accor Arena in Paris) and performing with the likes of Sting and Sharon Stone, all while staying true to his Arab roots.

Speaking of, Maalouf isn’t the only Middle Eastern artist to get nominated for a Grammy in 2023. Iraqi-Jordanian violinist and composer Layth Sidiq has been featured on three Grammy–nominated albums, Iranian-Swedish singer Snoh Aalegra was nominated in the category of Best Traditional R&B Performance for her single Do 4 Love, and Palestinian-American producer DJ Khaled received five nods for his 13th studio album God Did. His nominations include Best Rap Album, Best Rap Performance, Best Rap Song and Song of The Year for the single God Did, and Best Melodic Rap Performance for the single Beautiful.