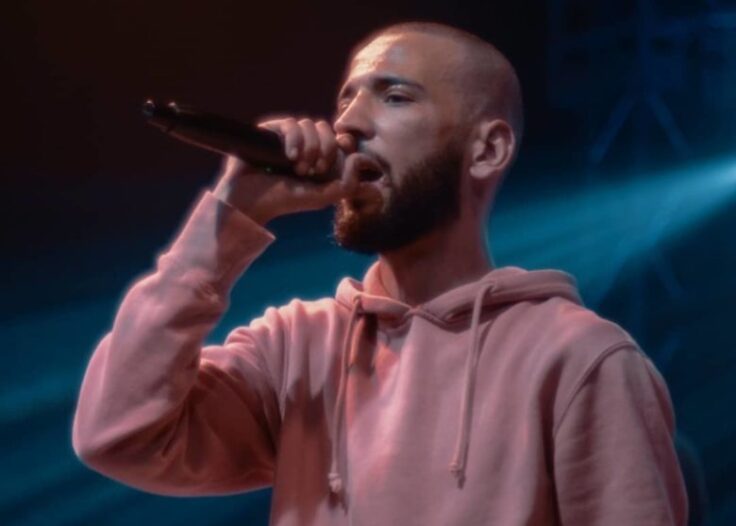 The days of the underground are over

When it comes to Arab rappers, few artists have racked up views in the millions. A couple examples are: Issam from Morocco, whose video for ‘Trap Beldi’ now boasts 13 million views, Egypt’s most prominent rapper, Abyusif, and Klash, whose fanbase have made him Saudi Arabia’s most popular rapper (his song ‘100 Bars’ has now hit 10 million views on YouTube.)

But topping the list is Tunisian rapper Samara, with his hit ‘Me Dayem Welou’, which is just shy of 73 million views. His song ‘El Mondo’ dropped in early June and has already racked up 49 million views. And his latest track, ‘Ma3lich’, which was released just a week ago has already amassed 2.8 million views.

If the above is proof of anything, it’s that rap in the Arab world is past the stage of being underground. Which is particularly the case for Tunisia’s rap scene. And Samara isn’t alone. Balti, who was amongst the first to emerge, has hits that have reached over 600 million views on YouTube. His songs are practically Tunisian anthems at this point.

But Balti’s success, whilst remarkable, isn’t quite as notable as the rappers who followed in his footsteps. Balti is amongst those who shy away from hard hitting topics. Samara on the other hand, has made a name for himself by focusing on just that. His hit song ‘Me Dayem Welou’ (meaning ‘Nothing Lasts’ in English) boasts lyrics that unabashedly criticize the socio-political climate in Tunisia, and the hardships Tunisian youth face on a regular basis.

Samara’s unprecedented success in Tunisia and beyond (his tracks are played at nightclubs in Beirut and London), is rooted in his brazen approach. Whilst many rappers avoid cursing to avoid being deemed vulgar, Samara has embraced it. He has directly spoken out about being a target of the police, his jailed family members, and has even spoken out about drug use.

Then there’s Saif Amri, who’s better known as Alfa. Like Samara, he has paved a lane of his own. A native of Kasserine, Alfa is one of the first rappers to hail out of southern Tunisia and make a name for himself – in turn, giving a voice to a largely ignored part of the population.

He only recently emerged on the scene but has already solidified himself as a key figure. His first album ‘Kima Na’, dropped a little over a year ago and his song ‘Youma Ma’ quickly hit two million views on YouTube. His flow, as blunt as Samara’s, is juxtaposed against more laidback beats, produced by musician Souheil Gasmi, better known as Ratchopper.

But there are few similarities between Samara and Alfa. Alfa’s approach is unquestionably softer, less raw, and more studied. If there’s one way to describe him, it’s that he’s a pure reflection of the youth he speaks to. Like his audience, Alfa is a millennial.

In one of his most recent songs, entitled ‘Beautiful’, Alfa featured a diverse cast that’s strikingly representative of Tunisia’s population; which is not as racially monolithic as depicted in the media (Tunisia’s southern population is largely black, for example).

It’s this meticulous approach to both the song’s lyrics and the visuals that accompanied it that set him apart.

But although the differences between Alfa and Samara are abundant, they do have one thing in common. Despite hitting the mainstream, it’s still just as difficult to go global. The artistic explosion that Tunisia has witnessed over the last few years is limited, and that’s not due to a lack of talent.