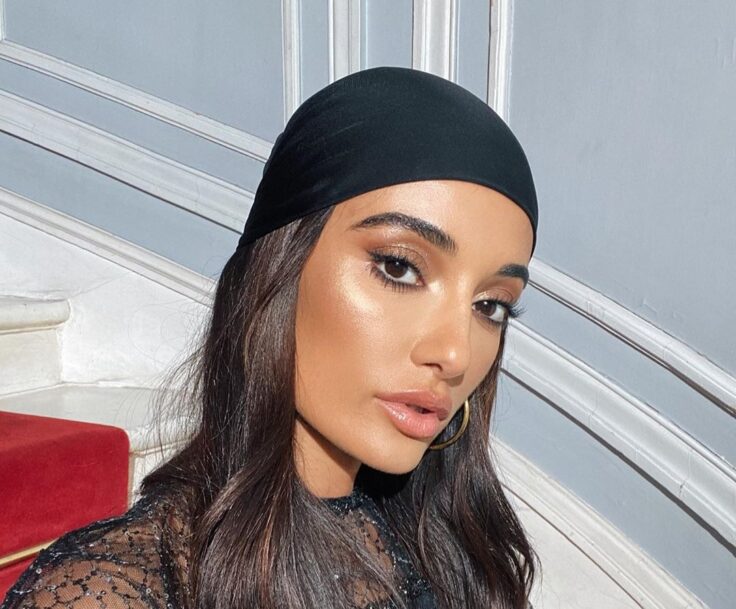 Amina Muaddi Gets Tapped by Rihanna to Design for Fenty

The Jordanian-Romanian designer keeps on winning

If there’s one person who unequivocally rehauled the shoe game in 2019, it’s Amina Muaddi. The Jordanian-Romanian designer owned the year with her namesake label, with everyone from the Hadid sisters to Zoe Saldana sporting her heels.

And now Muaddi is ending the year with two of her biggest accomplishments to-date: Rihanna just recruited her to design shoes for Fenty, and she’s just been announced as Designer of the Year at the FN Awards.

Muaddi made the announcement in a new interview with Footwearnews. According to the 33-year-old designer, Rih is a big fan of her work. Jahleel Weaver (Rihanna’s stylist) had reached out to her to let her know that he bought out a few pairs of her shoes for the popstar.

“He didn’t ask me for shoes; he just literally communicated that he had bought them for her. That was amazing,” Muaddi said in the interview. For months prior, Rih had been spotted sporting Muaddi’s signature flared stiletto heels, most recently the Naima sandal whilst vacationing in Barbados. Not only that, but her shoes were also featured in Rihanna’s Savage x Fenty lingerie show during New York Fashion Week.

And now the rest is history. Muaddi is now at the heart of Rihanna’s LVMH-backed venture, designing footwear for a soon-to-be-released Fenty collection “Amina is someone whose work I’ve respected for some time now,” Jahleel Weaver told FN, “Her shoes always have a strong sense of sex appeal and femininity, which she embodies herself, and is something I look for in my work,” he continued.

As Weaver pointed out, Muaddi’s work speaks for itself. The designer co-founded shoe brand Oscar Tiye when she was just 25-years-old before moving on to launch her self-tilted label in 2018.

But her new gig with Riri doesn’t mean Muaddi is pulling the breaks on any of her other ventures. She’s fresh off dropping a new collection for her label, and continues to design for couturier Alexandre Vauthier.

As for what’s to come for the new Fenty collection, Muaddi is yet to reveal any details. But we can bet it’s going to be good.