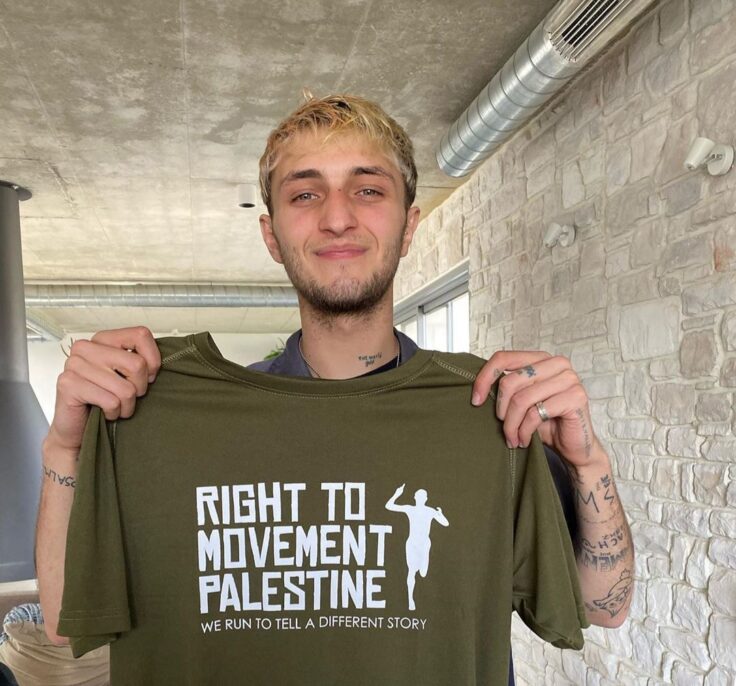 Anwar Hadid is the Palestinian Advocate We’ve Been Waiting For

Some cynics might say that social media, at best, poisons the way young people communicate with each other and, at worse, is a threat to democracy (ahem, Cambridge Analytica).

Social media can be harmful. But in spite of this, I will always recount how it helped my country (Tunisia) fight for democracy during the Arab revolts of 2011. And it did so by giving silenced people the space and agency to finally be heard.

Watching 20-year-old Palestinian American model and all round it-boy Anwar Hadid break his silence about Trump and Israel’s destructive ‘Palestine Peace Plan’ on Instagram gave me the same goosebumps.

Ok. I know what some of you might be thinking. Anwar Hadid is a pampered privileged individual who grew up in Malibu. What does he know about the struggle?

While Gigi and Bella’s youngest brother (who counts almost 3 million Instagram followers) may be privileged – he still holds a Muslim name and remains Palestinian in a country that dismisses the rights and freedoms of his own people.

And trust me, having grown up in  post-9/11 France, where “terrorist” was casually used as a metonym for Muslim (I was once called a terrorist by a classmate in primary school), I know how dehumanising such discriminations can feel—even if you’re lucky enough to live a privileged life.

Anwar Hadid’s father Mohamed Hadid was born in Nazareth and was forced to flee Palestine during the 1948 exodus. Him and his children have regularly spoken out in support of their country of origin.

But Anwar is going the extra mile. In 2019, he travelled twice to what he dubbed “the Homeland” and even shot a music video there.

And ever since Trump’s Peace Plan proposal, Anwar has been consistently posting about the reality of the Israeli occupation and the country’s human rights abuses.

When I was a teen, I remember trying to change people’s perceptions and most of the time, my efforts felt futile. I often felt alone and discounted with no ally to back me. So at a time when youth activism is finally taken seriously across the world, it brings me so much joy and hope to see someone as high profile as Anwar use his platform as a weapon against Trump and Netanyahu’s immoral politics.

For far too long, very few people were responsible for setting the agenda of what deserves to be talked about and how it should be talked about. In the media industry, we aptly refer to these people as “gatekeepers”.

With the rise of digital activism, their role and legitimacy has significantly been altered. Woke culture has now entered the zeitgeist and marginalised voices feel more empowered. So I don’t care if society is worried about how much time I spend on my phone. Truth is, Instagram has changed whose voices we hear. And thanks to Anwar, I finally hear mine.