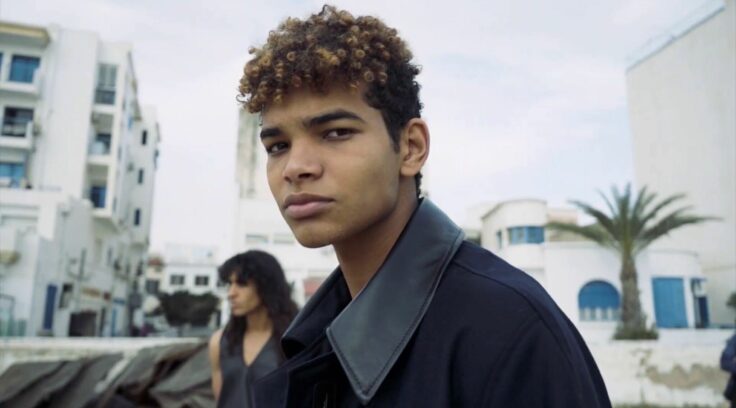 BassCoutur’s Latest Collection is an Ode to Tunisian Youth

More than ever, Paris-based label BassCoutur is celebrating its Tunisian roots. For their latest collection, they’re bringing Tunis to Paris Fashion Week with a poetic film, bearing a message of hope, love and nostalgia.

“Basscoutur is a Parisian brand with a Tunisian DNA. All the materials are upcycled from previously manufactured fabrics in Tunisia and all the garments are produced there. That is why It felt so right for the brand to film the project in Tunis and celebrate the beauty of new generations,” casting director of the film Saif Mahdhi told us.

“Today, more than ever, creativity draws the lines of a better world. It was very important to have a strong casting that reflects the diversity of Tunisia. Each talent brought something special to the project, a powerful presence that  allowed us to catch a glimpse of their world,” he explained.

For the collection, BassCoutur stayed true to its mantra of “recycle, rethink, redesign” with a series of reimagined silhouettes, sharp unisex tailoring and upcycled materials.

Denim waste cuts were transformed into oversized jackets and men’s flares and repurposed knit pieces reassembled into clashing patterns on a slip dress and hoodie. A flowing multi-cuts shirt from silk scarves brought a special touch of colours to the collection, while an upcycled draped turtleneck dress, with a print of a summer villa, brought on a nostalgic feeling for the sea and holidays.