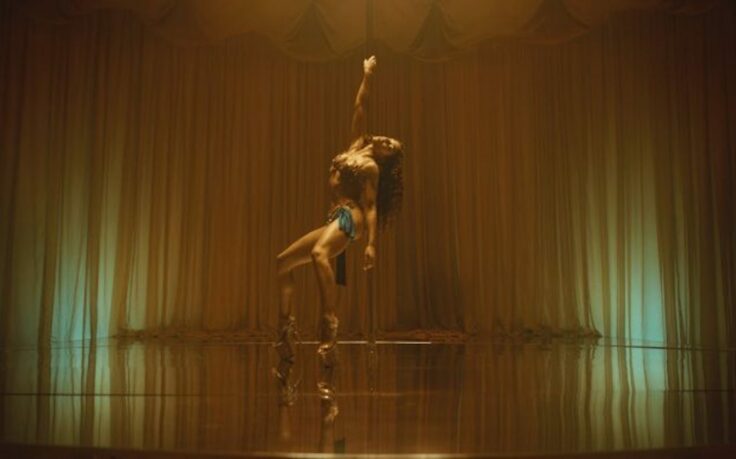 Is Pole Dancing as Exercise Making a Come Back?

The gym-alternative is flourishing in the region

It might be two months since FKA twigs released her mesmerizing music video for Cellophane (her first release in three years), but we’re still processing her stunning solo pole-dancing show. Directed by Andrew Thomas Huang, the video sees the singer showing off her jaw-dropping pole dancing skills, which she learned after a year of intensive training and deemed to be “one of the hardest things I’ve ever done”.

There was a post-SATC stint where pole dancing was seen as a rebellious nod to feminism, but it seems like since the early naughties (in-part thanks to British instructor Katie Coates’ efforts to make it an official sport) a petition was created and the International Pole Sports Federation (IPSF) was launched in 2009, having amassed more than 10,000 signatures. In 2012, the federation organised the first World Pole Sports Championship made up of 25 national teams, including the US, Japan and Spain, to name just a few. It has since been recognised as a sport and Coates’ next step is to take it to the Olympics.

And in the region, pole dancing is quickly becoming mainstream. “It’s evolving extremely fast. I went from teaching four to twenty classes a week in three years and the community is growing by the day”, says Laura Ayoub, an instructor at Pole Fit Lebanon, who recently made it her full time job after her classes became so popular.

But the efforts to break the stigma around pole dancing are divisive. Some argue that making pole dancing “acceptable” is fundamentally a move led by white bourgeois millennials, who commodify a culture, all while distancing it from its roots and excluding those who make a living from it. Just like yoga, pole dancing could in fact be a form of cultural appropriation, co-opted by our capitalist system. People like to practice it when it’s considered “wellbeing”, but will avoid it in its entirety when its considered to be a career.

Some women might enjoy flirting with the suggestion of being a stripper for an hour in a studio, but continue to entertain exploitative attitudes towards these same women when they’re done with their class. And most of the people who participate would probably hate the idea of actually being taught by a stripper or be compared to one.

Making pole trendy again doesn’t do much for the rights of those who do it as a living. It’s time we recognise pole dancing for what it truly is. It’s not just a sport, but also and most importantly, it’s some people’s job.