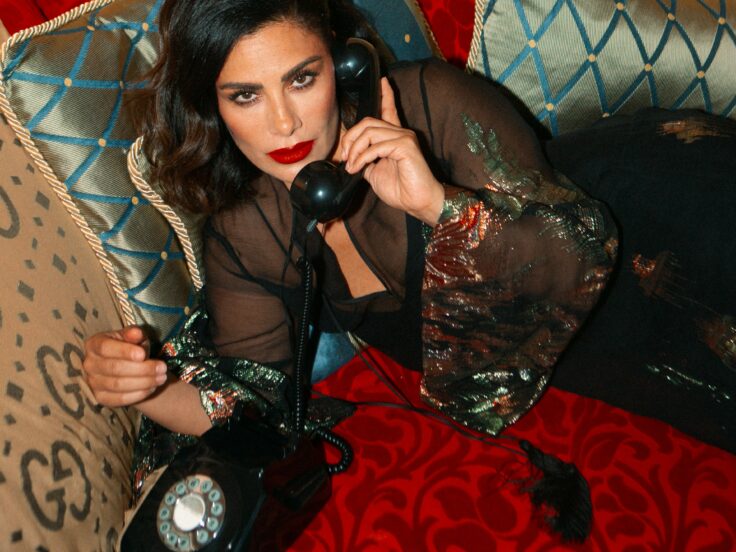 Take Your Ramadan to the Next Level with Musalsal Gucci

It’s officially Ramadan, and we all know what that means. Self-discipline, charity, contemplation, family time are at the top of our priority list, … right next to musalsals, of course.

After all, if there is one Ramadan tradition uniting the Arab world from west to east, it is undoubtedly the ritual of watching our favorite TV dramas unfold every night of the holy month. Think of it as an informal tradition, but a tradition nonetheless.

Inspired by the most iconic soap operas of our time—think Layali El Helmiya, a true 80s gem—MILLE and Gucci partnered up to create our very own fashion-filled musalsal to celebrate their exclusive pieces.

A stellar cast of the Arab world’s most known faces is featured in the series, including Saba Mubarak, Aseel Omran, Tara Emad, Tamer Habib, as well as creators Leena Al Ghouti, Mohamed and Humaid Hadban, and Karrouhat. 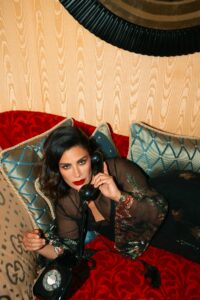 Each was tasked to (over)act in a series of short episodes directed by award winning Emirati director Abdulla Al Kaabi to be released every Wednesday of Ramadan at 9pm UAE time (GMT +4).

Written by Tamer Habib, who signed some of the region’s most beloved films and TV shows, Musalsal Gucci presents the marvelously decadent world of Aziz Abdulaziz (Tamer Habib), a tycoon who has a big family secret to be revealed by his fiercest competitor Haniya Abu Tareya, played by Saba Mubarak.

Meanwhile, Abdulaziz’s son Aziz Jr’s, played by Karrouhat, heart is swaying for nerdy beauty Sabah Al Turki (Aseel Omran) to the dismay of her sister Fatema Al Turki (Tara Emad) who cannot bare not being the center of attention. 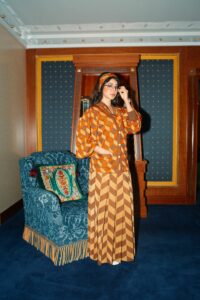 The tycoon also has two other children: Myriam who cannot wait to take over the family business, no matter what it takes, and Amr who doesn’t know that a big scandal will soon change his life forever.

Shot at Burj Al Arab, this retro infused homage was made as a celebration of Arab pop culture at its finest.

Check out @mille_world’s social media to view the episodes and use #MusalsalGucci to continue the conversation.

Shop the exclusive pieces on www.gucci.com