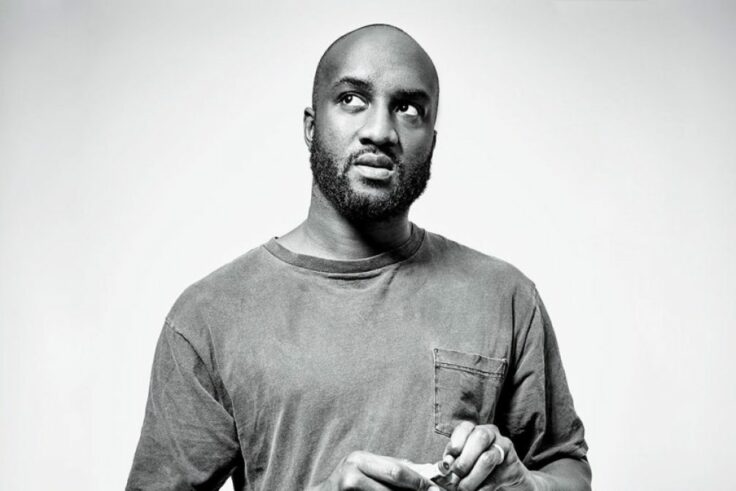 Celebrating the life of one of the world’s favorite creatives

It’s been a year, almost day for day, since the global creative community started mourning the loss of one of the industry’s greatest minds, Virgil Abloh. From rappers and artists to ordinary stans of the late multi- hyphenate’s highly acclaimed work,  the entire planet fell in shock over the unexpected news that the Louis Vuitton menswear artistic director had passed away following a long and secret battle with a rare type of cancer.

Since then, countless tributes and memorial events paying homage to the late DJ and designer’s life have been seen happening all across the cultural arena, celebrating his achievements and honoring his influence over a realm that was once considered unreachable and impossible to break into to all POCs before his foray and stellar rise. As we’ve seen many others occur and take place this week, as it happened to be Abloh’s anniversary of his passing, on Dec. 3, a commemorative concert will be taking place in Miami to pay homage to the inspiring icon’s life.

Dubbed Mirror Mirror Festival, the sonic gathering is expected to take over the FPL Solar Amphitheatre at Miami’s Bayfront Park, as part of the city’s upcoming Art Basel fair, with Virgil Abloh Securities (VAS), an organization intended to preserve Abloh’s creative approach and ethos in the future, spearheading the day-long event.

From former friends and close collaborators of Louis Vuitton’s former creative director, a star-studded list of artists will be making their way to the Sunshine State to pay their respects and put on a blooming show in tribute to the once industry-leading figure. Amongst some of the headliners that have been invited to perform are grime legend Skepta, experimental musician Yves Tumor, and Travis Scott, in his first performance since the Astroworld tragedy last year that claimed 10 lives.

She said: “He believed his real work was championing others and we will continue his work supporting youth in the arts with the launch of the Virgil Abloh Foundation in 2023.”

With proceeds expected to go to the Virgil Abloh Foundation, a holistic organization that’s set to open next year, if you happen to be  attending Art Basel this year, make sure to check out this festival.