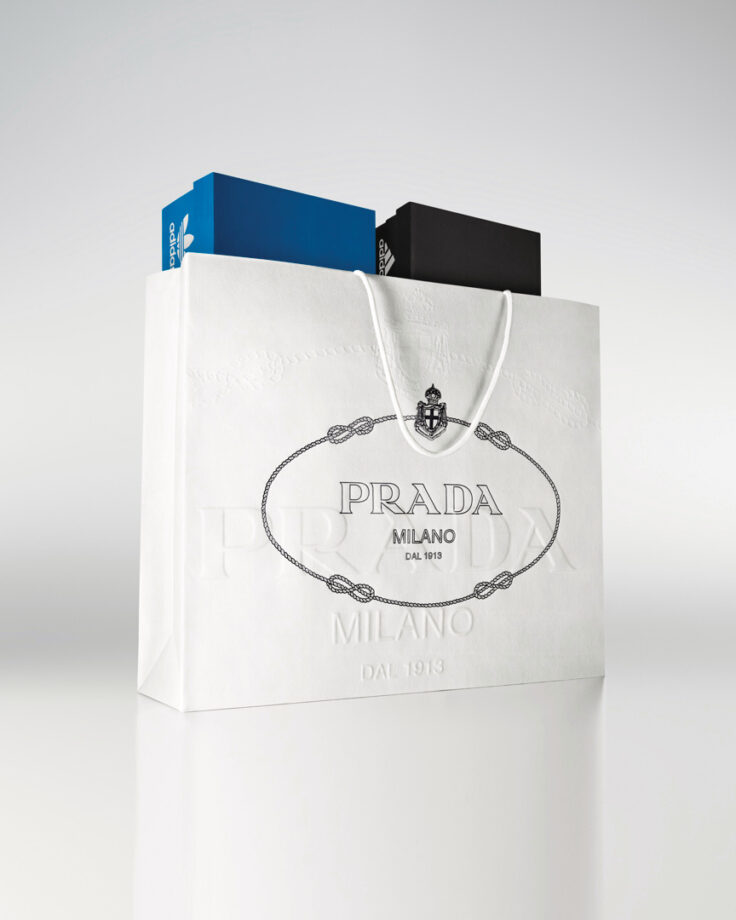 Are brands relying on streetwear just to stay relevant?

When Adidas teased their Prada collaboration on Instagram with a photo of two Adidas shoeboxes stuffed in a Prada bag, the partnership became official.

“The aim of this partnership is to investigate the realms of heritage, technology and to challenge conventional wisdom through unexpected strategies,” announced the two brands in a statement. But is this unexpected collaboration really just about technology and heritage?

This isn’t the first time a luxury label has partnered up with a sportswear brand. Supreme previously dropped a collection with Louis Vuitton and Jean Paul Gaultier, Kith partnered with Versace, Fendi collaborated with Fila, and Raf Simons and Alexander Wang have both famously teamed up with Adidas already. To say the line between luxury and streetwear has become blurred would be clichéd now. The truth is: it has become practically non-existent.

And now Italian fashion house Prada has given in, cementing that high fashion has completely adopted streetwear. But what does it say about the future of luxury? Could luxury fashion houses be using streetwear as a mere crutch in a turbulent marketplace?

Comfort has reigned over the last few years. Long gone are the days when handcrafted garments and stilettos ruled the streets. Practicality and wearability are all that matter to the modern consumer, hence the rise of the tracksuit and sneakers even among the world’s elite.

Chanel stepped into the sneaker game, dropping their own iterations that went on to be worn by everyone (hypebeasts included). Balenciaga, a fashion house that was once famed for elegant Parisian silhouettes, became synonymous with the Triple S sneaker (which lead the ‘ugly sneaker’ trend).

High fashion’s recent transformation is also exemplified through luxury labels’ bold embrace of logos, a move that mirrored the logo-heavy athleticwear of the 80s and early 90s.

But in Prada’s defence, Miuccia’s aesthetic preceded the recent athleisure hype. The Italian house’s nylon-heavy (and now iconic) Linea Rossa line, which launched in 1997, became synonymous with durability and wearability. The line was eventually discontinued in the early 2000s, and had a timely relaunch in 2018.

But, if their latest partnership with Adidas is any indication, it’s proof that the industry has officially turned on its head. A study conducted by consultancy Bain & Company reported that streetwear helped boost global sales of luxury goods by five per cent in 2017, six percent by 2018, and is expected to show similar growth by the end of 2019.

If the numbers are any indication, high fashion’s recent love affair with streetwear might have begun as trivial, but streetwear’s power has turned it into a necessity—that is, if luxury wants to stay relevant.