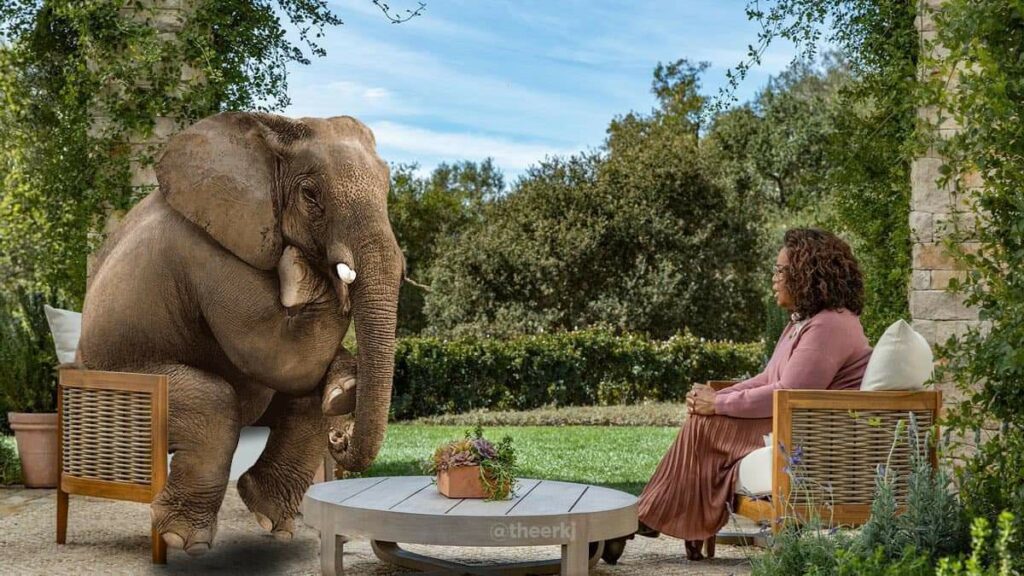 Elephant Kills Woman, Returns to Funeral to Trample Her Again

It’s deeper than you think

Earlier this week I was reading an article on how an elephant crushed to death an elderly woman before returning to trample her corpse at her funeral.

The internet, rather predictably, made light about the whole story, because I mean what are the chances? Like there’s literally an astronomically low percentage of this happening to anyone, ever. 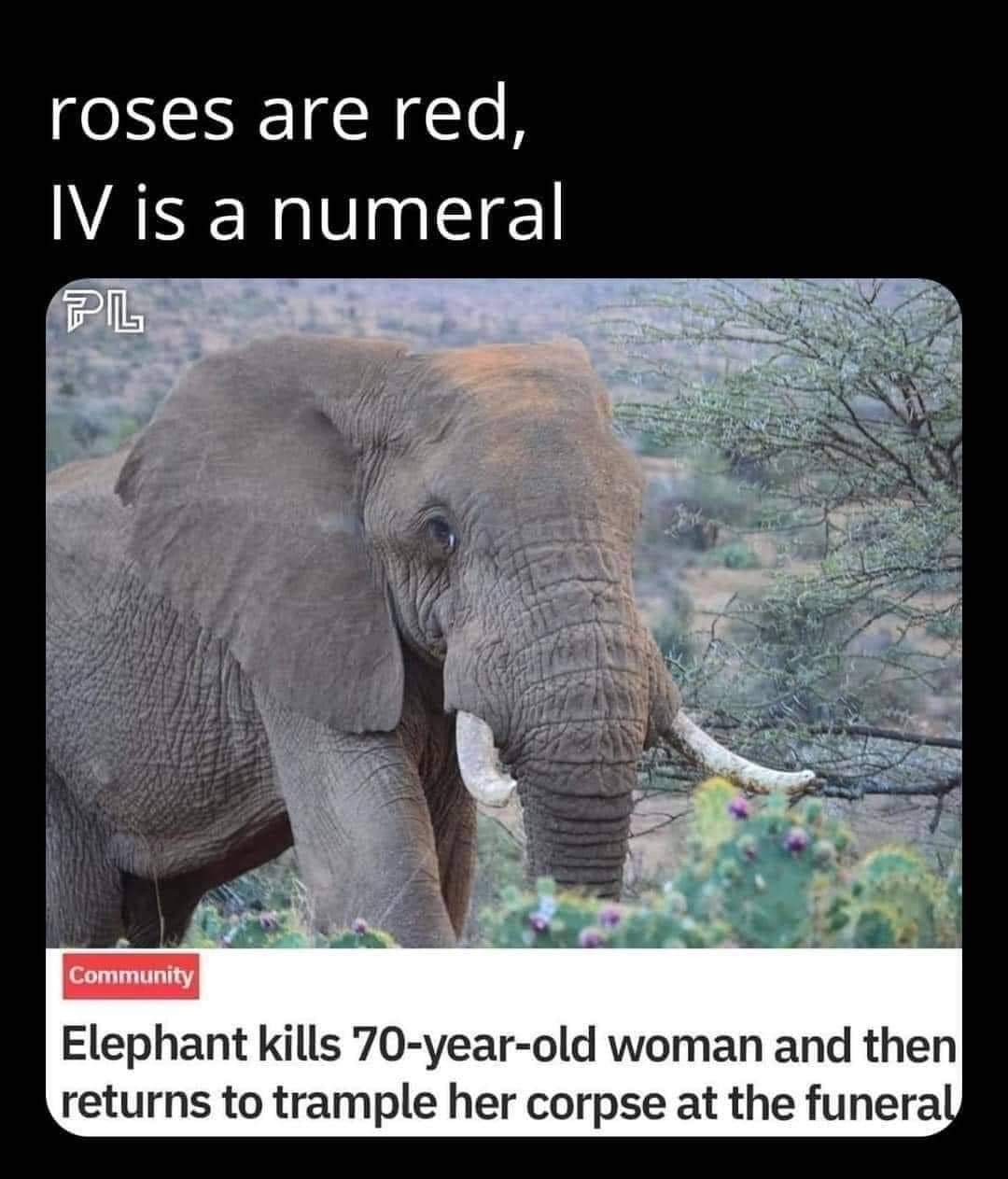 This however wasn’t the case for Maya Murmu. The 68-year-old Indian woman was trampled to death by the escaped animal while fetching water in Raipal village, India, on Thursday.

After raising the alarm, the villagers were able to locate her. Unfortunately, she lost her life en route to the hospital. Post-mortem examination of her body was ordered. In the evening, her family members retrieved her body and returned to the village to give her a funeral. Only for the elephant to return, with others, and trample her corpse while her family performed death rites, according to sources.

The family is believed to have carried on with the funeral after the animal had left. The elephants even attacked her family home; three more nearby properties were damaged in the attack.

On face value, this could be the plot to a Tarantino movie, where elephants seek retribution for all of the injustices that have happened to their kind throughout history. Which by the way sounds like a great movie – but I digress.

The fact of the matter is that there’s a more sinister reason why these usually peaceful animals attack humans. According to the most recent survey in 2017, India is home to roughly 27,000 wild elephants. Poaching, habitat encroachment, and dwindling forest areas have all contributed to a decline in the population.

Regionally, the species is now classified as endangered, making it just one of many animals who have had their natural habitats interfered with by mankind.

Elephants are not predatory, when they attack, they don’t just attack until you die; they don’t eat what they kill. If an elephant attacks, it’s usually because they are startled, threatened, or injured and for a six ton animal to feel any of the above means that the problem must be a large one. And with Murmu’s interaction with the elephant still unknown, it’s hard to imagine what a 68 year old woman could have done to infuriate something as large as an elephant.

It’s not an isolated event either.  According to the World Wildlife Fund, elephants kill between 100 and 300 people in India each year— at least four people were trampled to death in separate events across India last week alone.

One of the main causes for this behavior in elephants is assumed to be because of poaching and the illegal ivory trade. The phrase “an elephant never forgets” has never been more true, according to experts. Joyce Poole, research director at the Amboseli Elephant Research Project in Kenya said that, “elephants are more than capable of vengeance.”

“They are certainly intelligent enough, and have good enough memories, to take revenge,” she said. “Wildlife  managers may feel it is easier to just shoot so-called ‘problem’ elephants than face people’s wrath.”

“So an elephant is shot without realizing the possible consequences on the remaining family members, and the very real possibility of stimulating a cycle of violence.”

With the situation getting worse for the environment it’s hard to imagine a brighter outlook for the animals, or even the human race. What is super interesting is how humans are yet to become like elephants. If an elephant feels threatened, it defends itself, whereas humans are more than happy to sit idly by and wait for the planet to be destroyed. If there’s one thing we should take away from this, it is that any action is always better than no action at all.